How to Practice for Bird Season By Shooting Clay Targets

Did you fail at pass shooting last year? Flunk at pheasants? Miss the mark on deer? If your shooting skills... 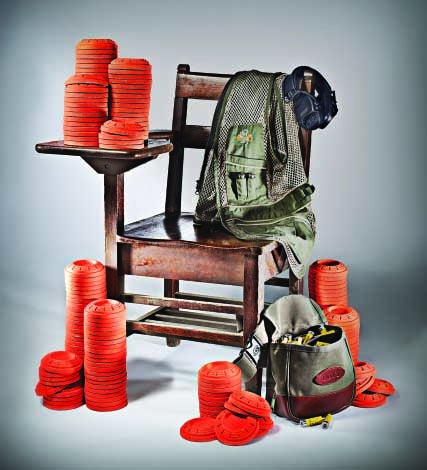 Did you fail at pass shooting last year? Flunk at pheasants? Miss the mark on deer? If your shooting skills held you back this past season, it’s time to go to summer school. Specific, remedial practice now can improve your chances for fall. While more is always better, you don’t have to shoot a lot if you practice smart. Here are four specific plans for the game you want to bring home.

1 | Doves Skeet was invented for grouse hunters, but it’s perfect preseason practice for the dove hunter.

The Assignment: Two or three rounds of skeet a week between now and opening day will make a huge improvement in your shooting. Call for the bird with your dove gun dismounted and work on mounting it in synchronization with the speed of the target.

Extra Credit: If you can have a skeet field to yourself (often right at opening or closing times), skip High and Low 8, Low 7, and all the doubles–those stations don’t simulate dove shooting. Instead, shoot High 1, which mimics the dove that comes over your head from behind, and the incomers from Low 1, High 6, and High 7. Stations 2 through 5 give you practice on crossing targets. Take your stool or 5-­gallon bucket with you and try some shots sitting down. Practice using your feet to turn your upper body for a decent swing while sitting.

Chokes and Ammo: Skeet targets are shot at close range. A Cylinder or Skeet choke breaks them; IC smashes them. No. 9 shot works best, but you can use your 71⁄2 or 8 hunting loads if you prefer.

2 | Upland Birds Trap was designed to replace live pigeon shooting, with birds flushing out from under “traps” and going away. It’s ideal for practicing upland shooting.

The Assignment: Most clubs have summer trap leagues. Sign up, shoot 50 targets a week, and by fall you’ll be deadly. Trap is a great teacher of the swing-through method many upland hunters use.

Extra Credit: When you can have a field to yourself, ask permission to move to within 10 yards of the trap, load two shells, and shoot with a low gun. Tell the puller to delay the pulls, and concentrate on keeping the gun still until you’ve acquired the target visually and read its angle.

The Assignment: A round of 50 or 100 targets twice a month is a great tune-up. Shoot with duck hunting friends so you can work on your heckling skills, too.

Extra Credit: Skip rabbit targets and anything that simulates flushing birds to focus on the crossing and dropping targets. Spend the whole session at one station if you want, letting other groups “play through” as they go around the course. Specialty birds like chandelles and battues don’t fly like ducks, but they’re just right for learning how to shoot under dropping birds.

Chokes and Ammo: Lead target shot gives slightly more open patterns than most nontoxics, so compensate with a tighter choke–Modified or IM–on your duck gun to simulate the pattern spread you’ll shoot in the field. Choose target loads of 71⁄2 or 8 shot. You may have to shoot at least 3-dram, 11⁄8-ounce handicap loads to make your 31⁄2-inch auto cycle.

The Assignment: Even one session a month builds skill. Shooting from a bench, sight in at 50 yards to eliminate problems with wind drift at longer ranges. Then, shoot at various distances from 25 out to 100, 125, or 150 yards to learn where you need to hold at those distances. On breezy days, study how wind affects accuracy.

Extra Credit: Get away from the bench and shoot from field positions. Use paper plates for targets–they’re the same size as a whitetail’s vitals. Or make yourself a life-size cardboard deer. Don’t mark the vitals; outside of a Gary Larson cartoon, deer don’t walk around with bull’s-eyes on their lungs. If you hunt from a tree stand that doesn’t have a gun rest, bring a chair and practice shooting seated with your elbows braced on your knees.

Ammo: Shoot your hunting loads to familiarize yourself with their drop and wind drift, but also try the same slugs in low-recoil versions for pain-free practice. In between slug sessions, brush up on rifle shooting fundamentals with a .22 as much as possible.