In this recession, bargains are everywhere–if you’re shopping for pickups and plasma TVs. Guns and ammunition are the exception, still... 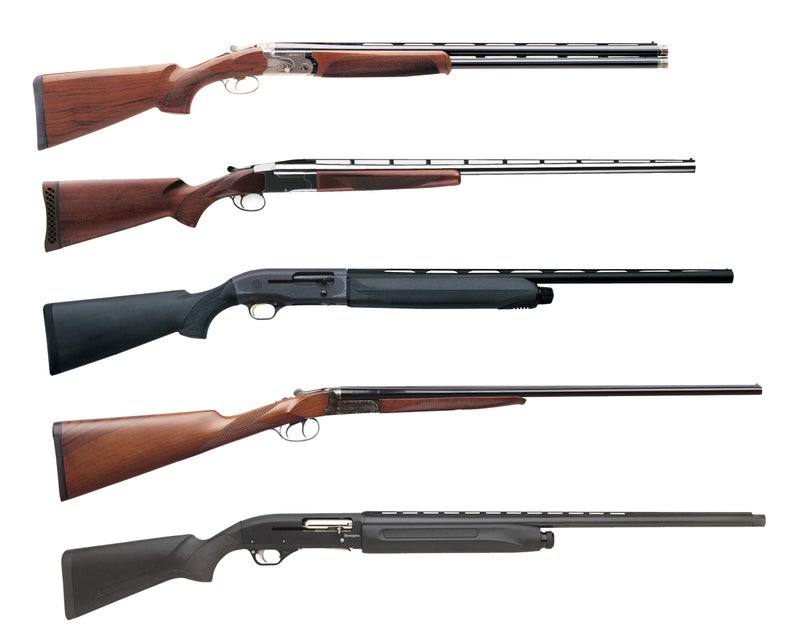 In this recession, bargains are everywhere–if you’re shopping for pickups and plasma TVs. Guns and ammunition are the exception, still selling fast in the wake of the November election. According to the National Shooting Sports Foundation, sales in the first quarter of ’09 were 27.1 percent higher than in the first quarter of ’08. Even in this down economy, you may not find the gun of your dreams red-tagged and gathering dust on your dealer’s shelf.

There are still wise buys beyond the basic 870 Express and Mossberg 500, however. Several products give you an excellent return on your dollar, and that’s very important right now. Here are shotgunning’s top 10 values, from the most expensive to the least:

[1] Beretta 682 Gold E Beretta isn’t normally considered a “bargain” brand but rates two entries on this list because they have learned something about gunmaking after nearly 500 years in business. My first pick, the 682 o/u, has taken shooters to the pinnacle of the shotgun sports–the top of the Olympic medal stand–competing against guns costing more than twice as much. The 682 features a durable, low-profile action that makes it both lively and strong. The barrel shoulders and other action parts are replaceable, so this is the last target gun you’ll ever have to buy. It’s available in trap, skeet, and sporting models. Starting at $4,075; berettausa.com

[2] Browning BT-99 Browning discontinued this classic break-action single-shot in 1994, then reintroduced it in 2001 as a plain-finished, extractor-only version at a lower price. It doesn’t look quite as good as the original, but it shoots better, with a backbored barrel and Invector-Plus chokes. $1,329; browning.com

[3] Beretta 3901 When Beretta replaced the 390 autoloader with the 391, they sent the old machinery to Maryland and started building a plain, budget-priced model called the 3901. As a 391 owner, it pains me to admit that the 390/3901 is every bit as good a gun and a little sturdier. Its reputation for high-volume, low-recoil durability on sporting clays ranges and Argentine dove fields is well deserved. Starting at $850; ­beretta​usa.com

[4] CZ Bobwhite A classic double with a price tag that reads like a misprint, the Turkish Bobwhite is popular with bird hunters who have always yearned for a double but couldn’t afford one. The woodwork is good, and its lines are slim. Each gauge is built on its own proportional frame, making the small bores delightful. $789; cz-usa.com

[5] Baikal MP153 Known for the past few years as the Remington SPR453, the MP153 is back with its original importer and its original name. The MP153 is what you would expect a 31⁄2-inch, 12-gauge Russian auto­loader to be: plain, low-tech (you have to adjust it to shoot light and heavy loads), and as solidly reliable as a T-34 tank. $605; ussginc.com

[6] A Shooting Lesson You can burn ammo on your own until your shoulder bleeds, or take a shortcut and get better fast by taking a lesson from a professional. A one-day session yields huge results. You’ll have fun, you’ll improve, and most important, you’ll learn to diagnose your own misses. $385-$535; orvis.com or ospschool.com

[7] Winchester Xpert High Velocity Steel Inside 40 yards, a duck or goose won’t know if it’s been shot with Xpert steel, premium steel, or pricey tungsten-iron. These pellets, made by a cost-saving proprietary process, are misshapen but fast and deadly, achieving velocities up to 1550 fps. Available in 23⁄4-, 3-, and 31⁄2-inch lengths in 12 gauge; and 3-inch in 20 gauge. $15-$22 per box of 25; winchester.com

[8] Combat Arms Range Plugs Worn yellow side out, they work like conventional earplugs. Turn them around, and a tiny plastic filter allows normal sounds to pass but shuts out sudden, loud noises. Wearing these inexpensive hearing protectors in the field (stick with plugs and muffs at the range) will save you money in hearing aids down the road. When someone touches off a shot next to your ear in the duck blind, you’ll be glad you’re wearing these. $14 a pair; aosafety.com

[9] Federal TruBall Slugs Before you drop a bundle on a rifled gun and sabots, try TruBall slugs in your smoothbore. A plastic ball in the hollow back end helps the full-bore slug expand concentrically upon firing. The TruBall shoots very well; my unrifled Ithaca 37 prints sub-2-inch groups with them at 50 yards. Available in 12 and 20 gauge. $6 per box of 5; federalpremium.com

[10] Gun Mounts You can become a better shot without spending a dime. With an unloaded gun, stand in a ready position, look at a spot on the wall, and concentrate on raising the stock to your cheek first, not to your shoulder, as you point the muzzle at your target. Also, start with an unmounted gun and pretend to shoot crossers; trace the juncture of the wall and ceiling as you mount the gun. Spending 10 to 15 minutes a day on gun mounts will improve your shooting far more than a new gun will.