Why Ecology Students Should Take Hunting and Fishing Classes

If you owned a car dealership, would you hire a manager who had never purchased a car, had never been... 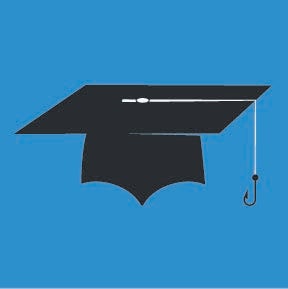 If you owned a car dealership, would you hire a manager who had never purchased a car, had never been a passenger in one–and didn’t even have a driver’s license?

So why, then, are natural resource agencies hiring young men and women to manage fish and wildlife when many of them have never hunted or fished–and are completely ignorant of the roles those traditions have played in conservation?

For almost 20 years, that question has been a cloud of worry quietly growing in the minds of the nation’s fish and wildlife managers. No longer were the applicants for jobs at state fish and game agencies almost universally avid hunters and anglers. Instead, many now had no background in the field sports. How will these new leaders preserve the North American wildlife conservation model–a core management philosophy asserting that all game and fish belong to the public, and that every citizen has a right to hunt and fish–if they do not understand the engine that drives it?

“If we don’t produce students who understand hunting and fishing, then conservation as we have known it is over–and so, probably, is hunting and fishing,” says Charlie Potter, CEO of the Max McGraw Wildlife Foundation. “This is an issue we must do something about.”
Potter and others are doing just that.

Conservation Leaders for Tomorrow (CLFT) is a program that offers three-day seminars in hunting awareness for students seeking careers in natural resource management, but who have never hunted. Developed and run by the Wildlife Management Institute (WMI) with funding from the McGraw Foundation, CLFT has already reached more than 200 students from universities across the nation.

Groups of as many as 16 students are brought to a regional location where they spend two and a half days in close-knit, informal discussions about the social and cultural reasons people choose to hunt, the important role hunting has played in the development of the North American conservation model, and how agencies must help manage hunting and hunters. The third day includes a hands-on hunting experience. Instructors are wildlife conservation professionals who are veteran hunters.

“No one is forced to take part in the hunting exercise, but I think only two students of the 200 have declined,” says Zach Lowe, national coordinator of CLFT. “We’re not out to make these students hunters, although we certainly welcome and encourage that interest.

“Our goal is to educate them about the role of hunting in scientific management because that was the concern expressed to us by agency heads. These agencies were telling us that while they were hiring incredibly bright and motivated students, these same students were not properly prepared for agency work because they could not connect particularly well with a key constituency of the agency: hunters.”

To verify those perceptions, the WMI researched the demographic profile of students on academic tracks toward agency work and recent hires by state and federal agencies. It also reviewed the content of the curricula that universities offer to students interested in fish and wildlife management.

According to the results, fewer than half of the students had ever hunted. More troubling, perhaps, were the findings at the universities. In a WMI survey, most department heads and faculty chairs responsible for administering wildlife programs did not think it was important that the role and history of hunting in conservation be part of the curriculum, or that the students be exposed to that tradition.

“The schools reflected the limited time they had to focus on science,” says Dick McCabe, WMI vice president. “We found out that very, very few faculty members had hunting backgrounds.” But McCabe uncovered no overt antihunting bias. “In fact, a number of agencies pointed out that the people who didn’t have a background in hunting were not opposed to it. They just didn’t know anything about it.”

These problems have been building for decades. Many sportsmen remember the name-change rage that swept the country back in the 1980s, when the words fish and game in the titles of agencies, commissions, and departments were changed to natural resources. Sportsmen felt as if they were being slapped, but the move reflected two fundamental shifts taking place for agencies across the nation.

The first involved funding. With hunting and fishing license sales declining, agencies could no longer rely solely on sportsmen to pay the bills. They needed to attract the “non-consumptive” users to the fold; the name change was one way of telling non-sportsmen they were being served as well.

The second reason for the new names was a result of shifting responsibilities. Game and fish agencies across the nation were being given an ever expanding role in environmental stewardship, from pollution control to ­endangered-species protection.

It was only logical that universities began changing their curricula to produce students more qualified to fill those new jobs. Students with specialties in fish and wildlife biology were giving way to graduates with degrees in zoology, ecosystem management, and conservation biology. Along the way, courses–and even sections of courses–that discussed the role of sportsmen in conservation practices were eliminated.

Now the applicants for openings at agencies that manage fish and wildlife arrive with sterling academic records but no experience in dealing with the people they will have to manage: hunters and anglers.

“Some universities do still teach about hunting and fishing–in fact, CLFT was developed from a model used at Penn State and the University of Wisconsin at Madison,” says Lowe. “But those are the exceptions. I’d say most don’t even mention it. Instead that has been replaced by restoration ecology, water quality, climate change, ecology in general, and the more heady theoretical ecology studies.

“I don’t want to sound too critical. These graduates would not be able to find jobs without this diverse background. But they have holes in their preparation, as far as being ready to deal with the people they will have to work with. After our course, they realize that.”

Post-course surveys indicate the CLFT program has a 95 percent success rate, says Lowe. “The bulk said they came in already approving of hunting, agreeing that it is probably a useful tool, but they had no idea why. After the course they say they understand.”

Georgina Jacquez, who was a master’s candidate in biology at Fort Hays State in Kansas, hopes to land an agency job. She grew up in New Mexico with little exposure to hunting.

“My grandfather was a hunter,” she says, “but I had never hunted and never really thought about it much.”

Jacquez did after the course. “I had heard hunting was important, but I really didn’t know why. The course changed all that. The most important part was meeting people who hunted and learning how important hunting is to them, as well as to management.”

Matt Hogan, executive director of the Association of Fish and Wildlife Agencies, says the men and women who head the organizations in his association know the program is sorely needed.

“So many young people with wildlife degrees have no connection to hunting and fishing,” he explains. “How can they do their jobs effectively if they don’t understand a large group that they not only will have to work with, but that still provides a lot of their agency’s funding?”

The best way to support CLFT is to make sure that state wildlife agencies, colleges, and those with prospective careers as wildlife agency managers know about it. You also could help develop a CLFT program in your region. Visit clft.org for details.