The key to driving deer is teamwork, knowing the land, and having the right hunter in charge. 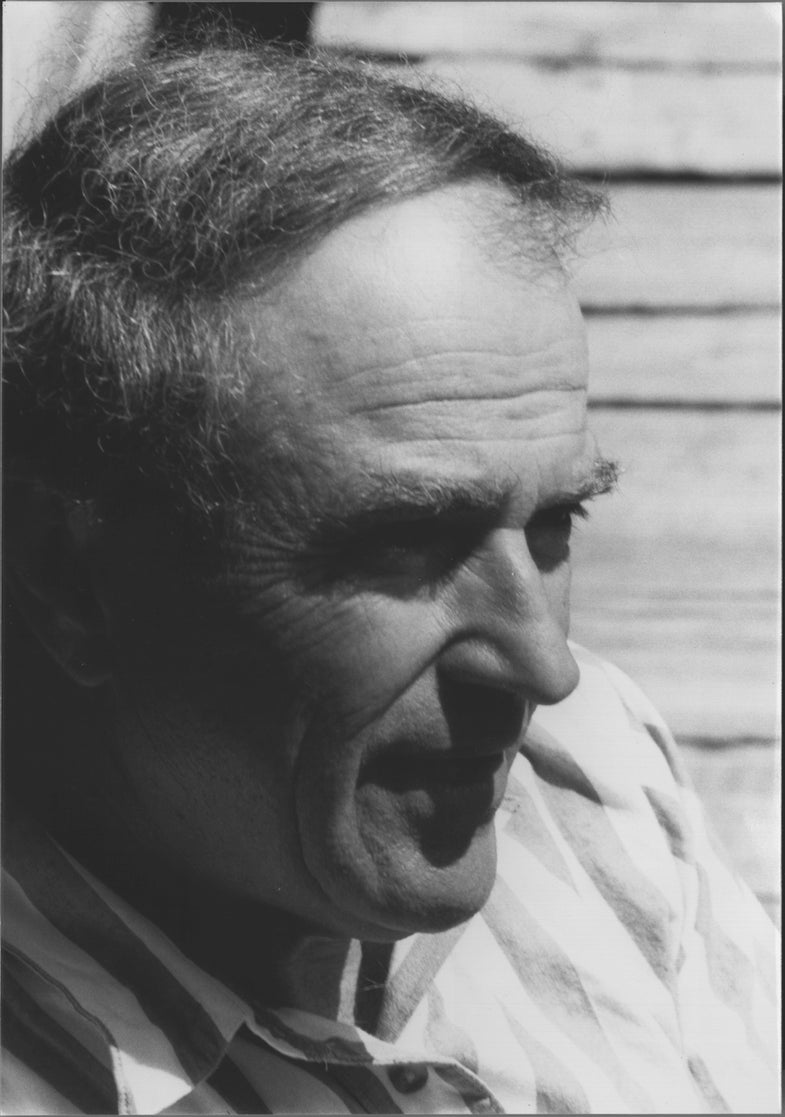 The seven of us sat huddled around the hunting-camp table like officers the night before a big battle, studying detailed, hand-drawn maps and planning our troop movements.

I was a rookie guide working for Norm Strung, at the time an outfitter and Field & Stream field editor. We’d been hunting with four men from Pennsylvania for three days, and we hadn’t downed a thing. The weather was dry and hot. The forest was noisy. The deer were elusive. Norm wanted to use those conditions to our advantage.

He’d chosen a small, clearly defined drive area below camp, a moist, brushy draw creasing the hillside. It was bordered on the east by a wood road and on the other three sides by cropland and open meadows.Norm’s map was ornately penciled, showing where deer trails accessed the draw. Circles, Xs, and dotted lines indicated the exact locations of standers, drivers, and routes. Norm instructed the drivers to walk for three minutes to alert the deer to our presence and then to stand silent to make the deer nervous before moving again. He had each one of us repeat the designated times for the start and the end of the drive and explain back to him exactly how we would reach our assigned positions without spooking deer before the drive began.

At the time, all the planning, organization, and details seemed like overkill to me–a lot of hype put on for the sake of the pilgrims we were guiding.

Norm, his wife, Sil, and I were the drivers that day. I reached my spot, waited, and started walking as soon as the second hand of my watch ticked over to the starting time. I stayed at the agreed-upon distance from the others. We stopped together; we started together. And we all heard the rifle shots.

We gathered after the drive at the time and location Norm had designated. Tim Sherman had shot a fine whitetail buck, and George Fellows was kicking himself for missing his chance to down another. There was laughter. There were stories. There was a sense of genuine companionship that had been lacking in camp for three days. Getting the first deer helped the mood, of course. But the drive itself engendered a spirit of cooperation and camaraderie that has made drive hunting a favorite tactic of mine for the 30-plus years since that hunt.

But successful deer drives are not easy. They require a clear knowledge of the terrain and its vegetation, a good understanding of whitetail habits, and a great deal of teamwork.

Use the Land
You can’t make an effective drive just anywhere. The drive area needs to be clearly defined by topography and vegetation. An ideal drive location is an island or a peninsula of brush surrounded by open cropland or fields. Borders and avenues of vegetation also lend themselves to drives. Brushy hedgerows edging fields provide hiding cover for whitetails and good drive areas for you, as do brushy stream bottoms, narrow draws, and small canyons with open hillsides above.

In any one of these areas, drivers can move and funnel deer that are using the available cover. Each stander should have landscape to survey. Ideally, the drive area itself won’t be any bigger than roughly 1/4 mile long and 100 yards wide, so that deer can’t get away from you easily.

You not only need the right land, but you must know that land and how the deer use it. Check where deer trails lead and when they are used. Find bedding sites and favored feeding spots. Know where deer seek protection from the weather–heat, cold, sun, rain, wind. All this information will help you know where to position standers, depending on time of day and weather conditions. The more you know about the local whitetail habits, the more effectively you can fine-tune drive tactics.

Try to anticipate where pushed deer are likely to move, and send drivers on a route that will push deer that way; it’s much easier to chase deer where they want to go anyway. When fleeing, deer often head uphill and into the wind. Whitetails also like to use waterways–streams, swamps, irrigation ditches, even ponds and lakes–as escape routes. Position standers to cover these areas.

Many drives are not effective because deer are prematurely alerted to the presence of hunters before the drive gets under way. Consdier where the wind will carry your scent when getting into position. Let standers take their positions before drivers move into their starting lineup. Drivers should be spaced no more than 100 feet apart and stay abreast of one another through the entire drive. This will help prevent deer from sneaking back through the drivers. The drivers should make noise while moving, but some deer will hunker down and hide until danger passes, and these deer can often be persuaded by alternating noisy movement with periods of silent standing.

Follow the Leader
A few years ago, hunting alone in the afternoon, I jumped a whitetail buck bedded near a stream. The buck bolted through the water and bounded into a hillside thicket on the far side of the creek. He was so fast I didn’t even have time to raise my rifle. The next week, again in the afternoon, I hunted the same stream, coming upstream this time instead of down. The buck was there, and he eluded me again, in the same way.

It was clear that I needed to set up a deer drive. This buck ahd developed a habit that would play into my hands with the right planning. Of course, the first time I arranged a drive–with partners walking the creekbottom while I posted in the thicket at the top of the rise–the buck wasn’t home. When I set up the drive two days later, I ran the buck into the arms of my friend, whose turn it was to take the crucial stand. I’ve since had to listen to a long-running jibe about the time I masterminded my way out of shooting the biggest buck of the season.

The point is that someone has to be in charge of every drive. Whoever has the most complete knowledge of the local landscape and its local deer should be the drive leader. When several people qualify, take turns or draw straws so that everyone has a chance.

The simpler you keep your drive plans, the better they’ll work. Directions should be specific, straightforward, and clearly understood by everyone. There’s a great deal of teamwork and trust involved in drive hunting. And you’ll find that as much hunting takes place in clearly defined strategy sessions in deer camp as in the field. Every deer taken on a drive is a cause for celebration by everyone involved.