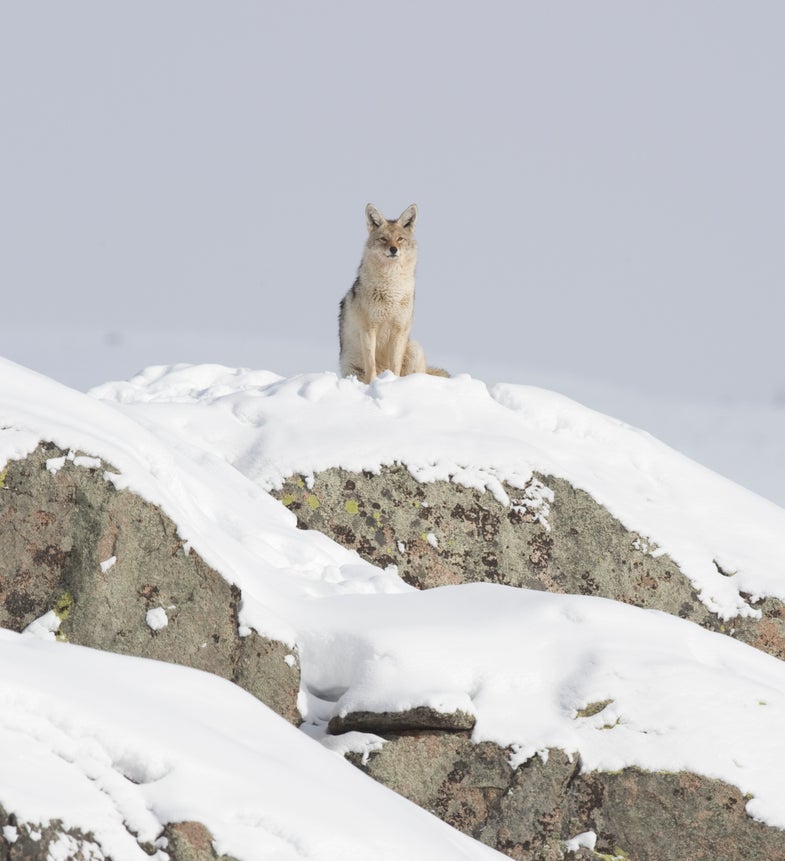 Coyotes are certainly smart and can learn from experience, as predator hunters can attest. But does that capacity ever land them in trouble? A recent study suggests it might.

Aware that coyotes in general show an attraction to minimal stimuli (both calls and decoys), researchers compared the animal’s reactions to small and large orange cones (which the researchers prepped with an attractant) and then followed that by removing the cones and looking at the coyotes’ reactions to the respective “removal sites.” Coyotes were more attracted to the smaller cones than the larger ones, which they tended to approach with caution; as expected, they were averse to the more substantial stimuli. Interestingly, however, the coyotes thoroughly investigated the removal sites of the larger cones, more so in fact than they did the removal sites of smaller stimuli. It was as if the bigger disappearance provoked their curiosity.

For hunters, the study suggests that the failure of a decoy or call or both to draw in a coyote may not be the endgame. Returning the next day and moving or drastically reducing the “stimuli” may be just what is needed to seal the deal–particularly if the coyotes’ tracks suggest they came within some distance but held off at the last moment. The one attractant a coyote can’t resist may be nothing at all.