Kim Wunderlich was bowhunting for elk in Montana's Gravelly Mountains when a grizzly bear charged. 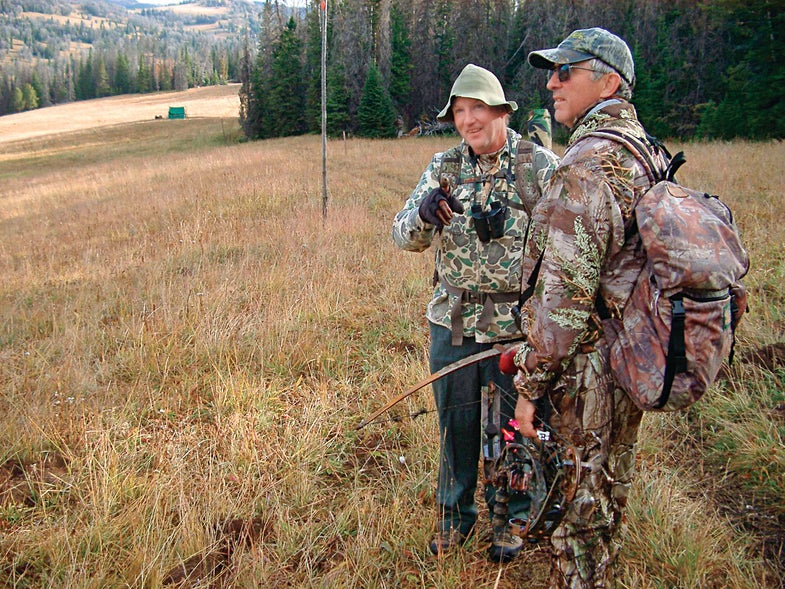 He thought she was going to kill me. Kim Wunderlich
SHARE

“It was Sept. 17–my 49th birthday. I was bowhunting with my friend John Wasser, and on this day we rode our ATVs about 5 miles from our camp before walking into a drainage.

We could hear bugling on the ridgeline, and by late morning we’d gotten on some bulls, but no shots. It started getting hot, so we decided to hike out. At around 1:30 we were scaling a timbered hillside when we heard a branch break above us. I looked up and there were two grizzly cubs, about 25 yards away, standing on their hind legs. I turned to John and said, “Bear!”

Just then, the sow came at me at full speed. I just remember seeing claws and her mouth. This wasn’t a rear-up attack; it was like getting hit by a car. Right before she barreled into me, I stuck my longbow sideways in her mouth. As we tumbled down the hill, John was screaming, trying to get the bear’s attention. He thought she was going to kill me. This bear probably weighed five, six hundred pounds.

After we came to a stop 15 or 20 yards below, she bit me really high up on the inner thighs. Then she released me.

For a moment I just lay still. I didn’t move until I heard her woofing up the hill a ways. When John got to me, he was shocked to see that I was standing. My arrows were everywhere. I could feel blood running down my legs, but I didn’t want to look at them–fear doesn’t enter in until you know what you’re up against.

It was about a mile and a half to the ATVs, and we had about 1,000 vertical feet to climb. But from that point on my only purpose was to get out of there. We packed the wounds with gauze and went.

By the time we got to the hospital in Dillon it was 8:15 at night. The doctor said the bear missed my femoral artery by 1 centimeter. Officials from Montana Fish, Wildlife and Parks took DNA samples from my pants because of another bear attack in the area. So far we haven’t heard the results.” –As told to Tom Tiberio