The quality of Canadian whiskey is rising past mediocrity. 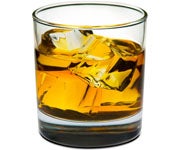 For whatever reason, I encounter Canadian whiskey at hunting camps way more often than I do in restaurants, bars, or homes. Could be the lower price. Could be the mellow character, which lends itself to long hours of fireside sipping. Or it could just be tradition.

But there’s good news: That imbalance is changing. The folks behind Buffalo Trace, one of the sacred names in bourbon, pioneered this revival with Caribou Crossing and Royal Canadian Small Batch, two excellent examples of Canada’s single-barrel comeback attempt. Forty Creek Whisky’s Barrel Select, from Ontario, is barreled in old sherry casks, giving it a rich, distinct flavor.

And for celebrating that trophy buck, there’s Hirsch Selection’s 20-year-old Canadian Rye Whisky, from Nova Scotia, which is characteristically light yet intense and complex, a perfect sipping whiskey that’ll bring a smile to any face, even Grandpa’s.