Rifle Skills: How to Shoot Fast

The sign of a first-rate intelligence, said F. Scott Fitzgerald, is the ability to hold two conflicting ideas in the... 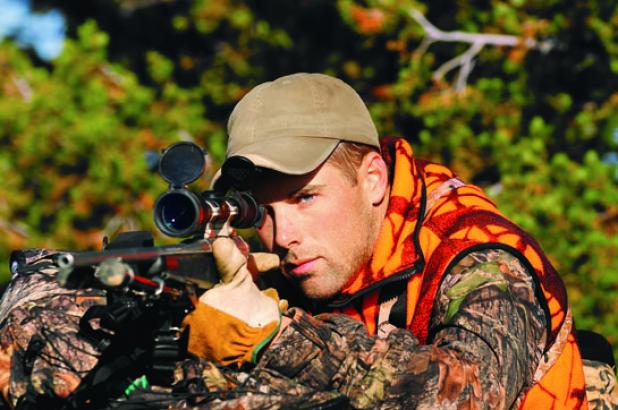 The sign of a first-rate intelligence, said F. Scott Fitzgerald, is the ability to hold two conflicting ideas in the mind and still function. So it is with fast rifle work. Riflery is a sport of deliberation and precision, but the demands of the real world very often make deliberation and precision impossible. Gunsite Academy sums it up to a T: “A good fast shot is better than a slow perfect shot because you won’t get time for the perfect shot.”

What follows is about shooting quickly after you have positively identified your target. It’s not about blazing away at sounds or snap-shooting at what you think is an animal.

Develop Your Mental Clock
The first step in shooting fast has nothing to do with shooting. It involves learning how much time you have to shoot, and whether you have to shoot fast at all. Much of this can be acquired by watching critters and reading their body language. A whitetail aware of evil nearby does not act like a whitetail whose greatest worry is where he’ll find a date that evening. An animal that’s 400 yards away does not act at all like the animal right under your treestand.

On occasion, I’ve given the hunters with me heart failure because I waited and waited for a critter to move just a little bit to give me the exact shot I wanted. And I always got it because I knew that animals never stand still, and I knew that whatever I was about to drop the hammer on had no idea anything was amiss.

Eschew Perfection
Unlike shotgunners, who send out hundreds of pellets with every pull of the trigger and are happy if one or two of them get the job done, riflemen have it dinned into them that they have to be precise. It’s not enough to get a bullet in the 10-ring; you want to get it in the X-ring. If you’re shooting groups, you want to shave off every tenth of an inch you possibly can. And the way you do this is by being deliberate and getting everything perfect before you pop a cap.

This is exactly the opposite of how a good game shot operates. Animals have not evolved with 10-rings or X-rings. What they have are hearts and lungs, and a hit anywhere in either counts. Modern hunting bullets are so destructive that catching a distant corner of a lung will result in as certain a kill as a shot right through the middle of said organ.
**
Don’t Forget to Aim**
On the other hand, you still have to aim. Many misses occur because hunters panic, get the crosshairs somewhere in what they think is the general vicinity of the beast, and yank the trigger. (The closer the critter, the more this seems to happen.) A little while back I listened to a Wyoming outfitter recounting in disbelief how a client, resting his rifle on shooting sticks, had managed to shoot an elk in the buttocks at 60 yards. “How do you hit an 800-pound animal in the ass at 60 yards?” he asked me, still indignant. (He tracked the poor creature for two days and eventually lost it.)

The answer is simple. When the moment comes, most hunters can only think: “OMG, this is the only chance I’m going to get!” Everything else, such as the fundamentals of riflery, goes right out of their heads.

Furthermore, too many hunters don’t practice. For them, the mechanics of mounting the gun, acquiring the sight picture, and pulling the trigger are about as familiar as those of piloting a space capsule.
**
What to Do?**
I can’t tell you how to acquire cold blood. Jerry Fisher, the great custom gunmaker, once told me that after you take about 300 head of big game you calm down. That sounds about right.

Short of that, the way to learn to shoot fast is roughly this: First, know your animal. There is no shortage of game-critter anatomical charts that you can study. Know where the lungs are. That’s always the percentage shot.

Second, when it comes time to shoot for real, envision an aiming point on the beast and hold for that. And the nanosecond the crosshairs are even close to it–not precisely on it–shoot. Fast, good shots, remember?

To practice shooting fast, you need a .22 rifle and a whole bunch of NRA 50-Yard Slow Fire Pistol targets. These have an 8-inch bull that’s just about the size of an animal’s boiler room. Set your scope at its lowest power and, at 20 yards, fire a five-shot string, lowering the gun from your shoulder between shots. What you’re trying to do is get that round off the instant the crosshairs are anywhere in the bull’s-eye. If the bullet hits in the bull, it counts. If it doesn’t, you missed.

It takes me about 1.7 seconds to mount the rifle, aim, and get the shot off. Since my skill with a gun is legendary, bordering on mythical, this is a good time for you to try to match. When you can get all five rounds in the black, every time, back up 5 yards. Eventually you will be shooting from 100 yards, and if you can put 20 out of 20 shots into the bull at that distance, shooting fast, I will buy you a cigar. Or you can buy me one for telling you this stuff.

From the October 2012 issue of Field & Stream magazine.