The 12 Best Hunting-Themed Photo Stories of 2012 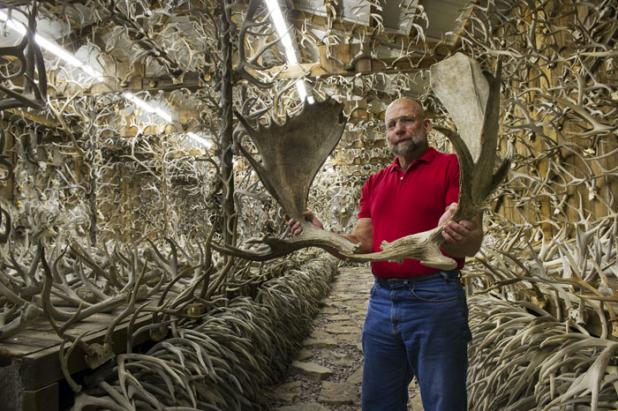 Field & Stream Online publishes 2-4 original photo galleries each week, featuring giant bucks, great guns, helpful tips, and amazing shots of wildlife in action. These 12 are our editor’s picks for the best hunting-themed galleries of the year. Click on the links below each photo to read the full stories.

The Cathedral of Bone

“Antler Man” James Phillips has spent 54 years scouring hillsides, washes, and ridgelines to find more than 15,000 shed antlers, which he displays in a 30×64-foot building he calls The Horn Shed.

Shed Madness: The Antler Man and His Cathedral of Bone

David E. Petzal and other Field & Stream and Outdoor Life editors chose the best new blades (folders and fixed) to hit the market in 2012.

Oklahoma rancher Devin Moore should take the top spot in SCI’s whitetail rankings with this huge Alberta buck, which he shot with a near-frozen rifle that at first refused to fire.

A crocodile blocking a river crossing at the Okavango Delta in Botswana was no match for a lioness protecting her pride. This six-photo sequence from photographer Pia Dierickx captured the action.

Lion vs. Crocodile: 2 Top Predators Battle it Out in Botswana****

All a turkey gun has to do is shoot once reliably. Only one on this list of 10 cheap options from Shotguns columnist Phil Bourjaily costs more than $500.

(Almost) Should’ve Had a Bigger Boat

Thomas Grant (right) of Boyle, Mississippi, hauled in this 697.5-pound gator in Issaquena County after it nearly flipped his boat on his first hunt.

Who says trail cams are only fun in the fall? We asked readers to set theirs out last spring and send their best photos. These are the 50 best shots from all three rounds!

Caught In A Tree

Fletcher Culpepper spotted this huge buck while he was halfway up the ladder to his treestand. Here’s how he tagged what could be the third largest whitetail ever taken in the state of Georgia.

Finally, the King Buck controversy gets put to bed. Field & Stream got photos of the B&C scoring panel in action.

Dallas amateur photographer Denton Wilson snapped these great shots on an Alaska fly fishing trip and posted them to our web site!

Dan Daigle, a 49-year-old electrical lineman from Massachusetts, missed the beginning of the Bay State’s rut while pulling emergency duty in the response to Superstorm Sandy but was still able to call in this 198-inch nontypical 16-point using a mock scrape, deer scent, grunt calls and a bleat can.

The Coolest Jack-o-Lanterns Ever

Nobody carves pumpkins for Halloween like F&S readers, especially when there are knives to be won. These are the 50 best hunting and fishing carvings from last fall!