The Brooks River in Alaska’s Katmai National Park and Preserve is justly famous for the many brown bears that concentrate... 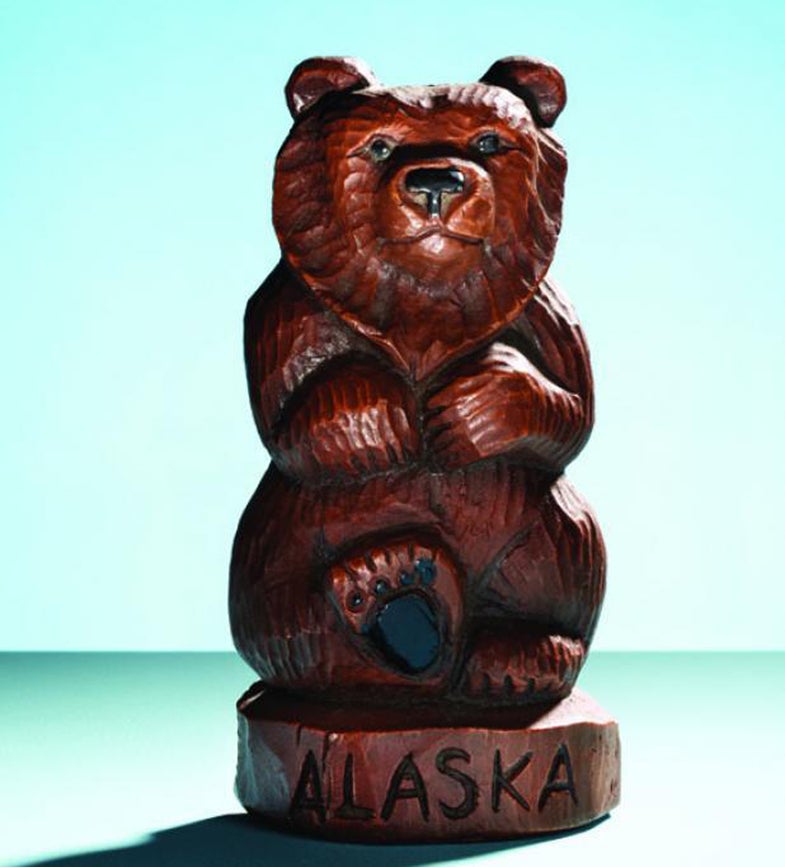 The Brooks River in Alaska’s Katmai National Park and Preserve is justly famous for the many brown bears that concentrate there to feast on sockeye salmon each fall. You’ve probably seen photos of bears catching salmon at the Brooks’s low falls in National Geographic and elsewhere. It was because of those bears that I had one of my life’s greatest frights, although not how you might expect.

I had taken a floatplane to fish for the river’s numerous big rainbows. The trout hung in the current below shoals of sockeyes and were relatively easy to catch.

Each side of the river was deeply rutted by bear paths. My guide told me that if a bear came along, we should wade across the river.

So when a bear came ambling down our side, we waded across to avoid it. When another came down that side, we waded again. After a while, we saw a bear on each bank, so we waded to the middle of the river as they went by.

Eventually, I was concentrating on a pod of rainbows close to the river’s edge and happened to look up into the biggest pair of brown eyes imaginable. The bear was just sitting there 10 feet away, seemingly waiting for me to get out of its way. So I did.

By the end of the day, I was a nervous wreck from dodging bears and trying to fish at the same time. We had no close calls, but being around so many huge bears in the wild just got to me.
On the way home, I stopped at an Anchorage department store for souvenirs. I was looking into a glass-topped counter and walking slowly backward when I bumped into something. Turning to look, I screamed out loud.

A full-size, standing bear mount in a glass case was “snarling” at me, with paws extended. All I saw was claws and teeth. A clerk came running over, asking if I was O.K. I mumbled something about yes, thanks, and sorry and all that. It was very embarrassing.

I finally made it to the airport, grateful to be heading home. And to this day, I don’t much care if I never see another brown bear again.