Great Stories From Field & Stream Writers: ‘My Last Cigarette’ by Will Ryan

I loved to smoke. Even now, long after stopping, I like standing next to people who do, and are. You... 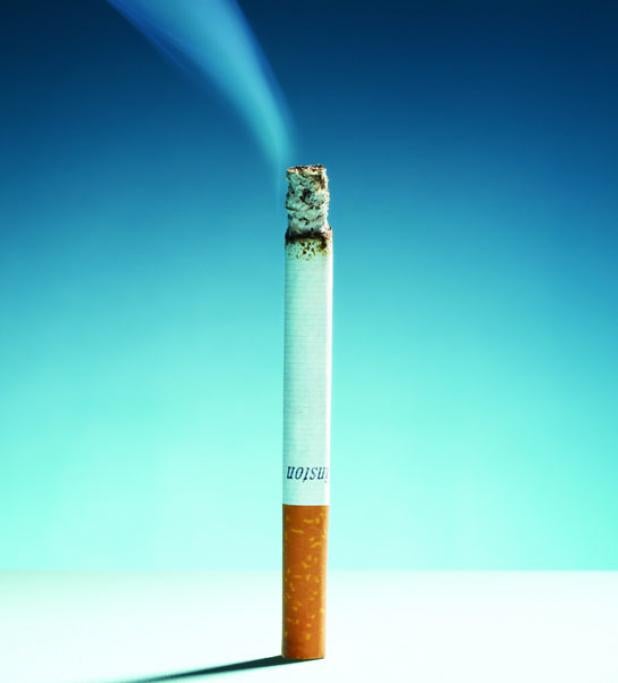 I loved to smoke. Even now, long after stopping, I like standing next to people who do, and are. You know those grainy World War II movies, when the patrol would take a break and the lieutenant would say, “smoke ‘em, if you got ‘em”? Well, I had ‘em, and I did.

As I approached 30, the pressure to quit increased, particularly from various other human sources in my life. My canned response was that I needed to experience personally one of smoking’s hazards – then I’d be motivated.

I was living in northern Vermont, and regularly fished the Lamoille River. Sometimes, early in the season or after a rain, my buddies and I would use pike-sized bait and target the big browns in the river. We’d had our eyes on one stretch of water, where we’d seen a big fish crashing shiners early in the morning. So after an all-night rain, my buddy Ted and I decided to give that fish a shot. We stopped at a beaver pond on the way and caught some creek chubs for bait and, as the sun touched the treetops, took up stations a 100 yards or so apart along the Lamoille’s shore. I clipped a couple fins on a chub, hooked it through the lips and tossed it out. A brown trout with a flank like a canoe paddle hit my shiner like he was being fed in a tank. I flipped the bail and let him run. Six inches is a lot of chub for even a big brown. This fish was over 5, probably 8-10, and I can still see the yellow flash of his sides in the murky water.

In those days, whenever I was fishing bait for pike and big trout and had a hit, I’d smoke a cigarette before setting the hook. That way I wouldn’t jump the gun and snatch the bait out of the fish’s mouth. So I reached for a Winston and, with the line whispering out through the guides, lit up. The fish headed over across the river to a ledge and deep water. I took a deep drag and relaxed. The line stopped. I blew out a long rich cloud and admired it.

In five minutes or so, I was passed the ink on the wrapper and was sucking that baby down pretty good – the torch on the end of it looked like it had been passed through the entire boy’s room. The line was moving now, and the ash neared the filter. Go-time. So I stood up, closed the bail, and flicked the butt out into the river. It got there, but not before zipping through the ten-pound test, leaving me with nothing but five feet of mono floating on the morning breeze.