When the railcar doors screeched open the sound was like banshees screaming in the dark. I looked out the yawning... 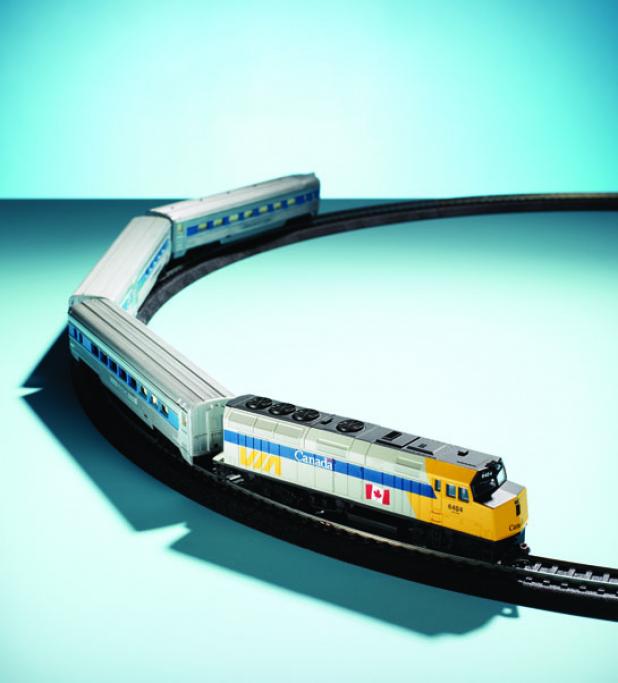 When the railcar doors screeched open the sound was like banshees screaming in the dark. I looked out the yawning maw of the cargo door and there it was: Nothing. Black dark. A million miles of it, give or take, unfurled beyond the railroad tracks and into the great roadless wilderness of northern Ontario. I’ve found a bunch of ways to get into wild country–hiking boots, jacked-up trucks, antique airplanes, more paddles than I can count–but getting to the back of beyond by railroad, with my canoe and gear stacked up in a freight car, has to be about the wildest. For $50, Via Rail Canada agreed to schlep my canoe across thousands of miles, and stop at any godforsaken waterway or portage trail along the line. Like this one, far up the Missinaibi River.

It was 2 a.m. when the conductor rousted us from sleep. After an hours-long train ride, four of us had 15 frantic minutes to collect our gear and wits, then we piled out of the freight car like adrenaline-fueled paratroopers. Trainmen hurled our packs and paddles and rods and boats out of the cargo door. Nobody said a word. It was weird, as if they weren’t sure if we were crazy or just plain stupid to jump ship in the middle of the night, in the middle of Ontario’s vast boreal forest. As the train disappeared in the dark, we stood sleepy-eyed on a rocky little knoll surrounded by the Missinaibi River marshes. We weren’t sure how we were going to get all our crap down to the water. We weren’t sure where the water even was. But one thing we did know: The angry din rising from the dark forest was a horde of bloodthirsty Canadian mosquitoes. They were coming for us, and we’d better get a tent up pronto. We didn’t see another human for six days. We nearly sank the boats with walleye.

Getting there by train felt a little bit like channeling some 19th-century vagabond or Arlo Guthrie hobo. And it felt a bit like cheating–like we took a shortcut to wilderness. But what a payoff. On my first trackside dropoff, years earlier, we jumped ship at the old Allanwater Hudson’s Bay Trading Post, in the trackless wilds of Wabakimi Provincial Park. It was midday and sunny and I could see for miles–and there wasn’t another human in the landscape except for my buddies. In 45 minutes we’d hauled the boats a couple of hundred yards to the granite-armored lakeshore, and with the very first paddle stroke we were already in the wilderness. That two-hour train ride jump-started an eight-day fish-and-paddle trip into pristine walleye and pike country. It fast-tracked our entry into the wilderness and put us into fish that likely had never seen a hook. Compared to paddling in, we saved two days. Compared to flying in, we saved $2,000.

Hopping a train to wild country magnifies each aspect of why we head to wilderness in the first place. You stand there until the train lights disappear in the dark, and the thrumming, vibrating rails go silent. There’s no turning around, no going back to get something. It is an exhilarating feeling and ushers in a powerful sense of freedom. From now on, it’s what you have and what you know. There’s a boat beside the tracks. There’s water under the trestle. And down there, somewhere, is the adventure.