During a grueling, bloody, and, thanks to a horse named Trooper, gassy elk hunt, the author gained an even deeper appreciation for the Code of the West 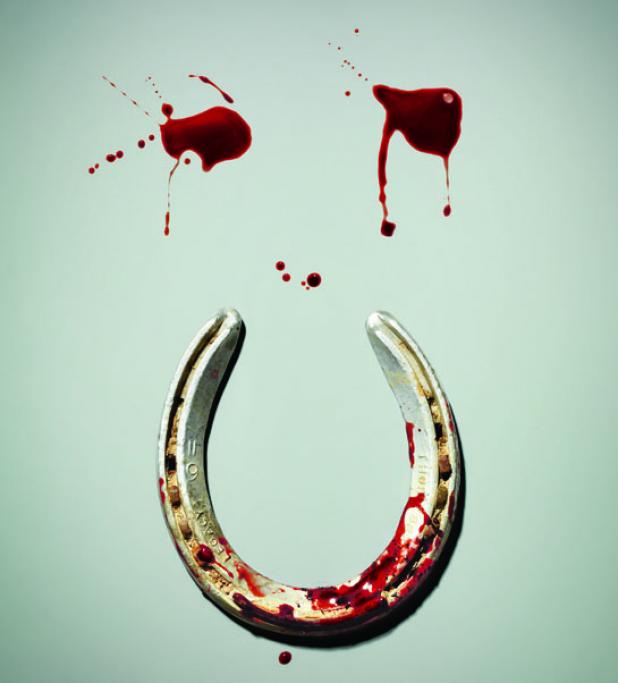 Editor’s Note: To celebrate David E. Petzal’s 50th anniversary at F&S, we’ve asked staffers and contributors to select and share their favorite story of Petzal’s (no easy task—there are a lot of good ones). Today’s selection, “Persistence” (February 2013), was made by Phil Bourjaily.

For several years before it occurred to me to try writing, I could read Dave’s work and simply enjoy it. Now, nagging envy bordering on despair tempers that enjoyment: “How does he do it? Why can’t I do that? Why do I even bother?”

Compounding my awe is the knowledge that for most of Dave’s fifty years at Field & Stream he commuted in to the New York office, which was once bustling and full of the clack of typewriters. When he had to write a story he would put aside his editing duties, tune out distractions (being deaf may have helped), and, I am told by thosewho were there, churn the piece out as if he were rounding up baseball scores.

Except instead of baseball scores the story would be something perfect like “Persistence,” a tale of ordeal and triumph on an elk hunt. As a bonus, it also touches on such core Petzal topics as The Code of the West and horse flatulence.

There is not a word you would change in “Persistence,” and to say it is a typical Petzal story isn’t to demean it, but to recognize that Dave has worked at an insanely high level for a very long time. We are lucky to have him, and won’t see his like again. —Phil Bourjaily

Long, long ago I learned about the Code of the West, a hard and pitiless creed that governed the lives of cowboys, mountain men, trappers, and frontiersmen of all stripes. It stipulates among other things that you don’t draw against a stranger, beat your horse excessively, or burst into tears and quit if things aren’t going your way.

I subscribe wholeheartedly to the Code and got my chance to honor its precepts on an elk hunt that took place near Cody, Wyo., in the mid 1990s. Winchester sponsored the affair, transporting a gaggle of gun writers west to hunt antelope, mule deer, and elk. Of the dozen or so persons involved, however, I was one of only two to draw an elk tag, which placed a heavy obligation on me.

Having terminated the furtive existences of the mule deer and antelope, my guide and I traveled to either the Absaroka or the Big Horn Mountains (I can’t remember which) to do the same to an elk. Said guide was a very young man named Steve Dube, son of a famous outfitter named Ron Dube. Steve was not only young; he was tough as a boiled owl.

My horse for the day was a chestnut gelding named Trooper, who distinguished himself that morning by farting nonstop most of the way up the mountain. It was a breathtaking exhibition of equine flatulence. The mountain itself was covered with loose volcanic rock of all sizes. This made for bad footing under normal circumstances, and on this day the ground was covered with snow, making things especially treacherous.

We were riding at the edge of a basin, and Steve warned me to kick my boots free of the stirrups, because if Trooper slipped, I was going to have to get clear of him in a hell of a hurry. No sooner had I done this than Trooper’s legs went out from under him. He flopped on his side, fighting to keep from taking the Big Slide, while I fought to keep clear of Trooper.

I was mostly successful, but at some point my face and one of his hooves tried to occupy the same space at the same time. My teeth were driven through my cheek under my lower lip, and I got the best bloody nose of my career. But I was lucky. I didn’t have any teeth knocked out and my nose was unbroken, although it was pumping blood with great vigor.

Trooper and I stood up, and you could tell us apart because he had four legs and I had blood all over me. Now at this point you might expect Steve to say, “Are you all right?”

Instead, because he believed in the Code, he said: “You’re gonna have to get back on him.”

Because I subscribe to the Code, I said: “Don’t worry, I’m not hiking up this goddamn mountain.”

Trooper, perhaps out of sympathy, stopped farting. And so up the mountain we rode.

When we got to the top, we found not even a trace of elk, and snow so deep and hard crusted that the horses simply quit on us—groaning and refusing to budge. So Steve and I dismounted and broke trail until we found a way down the mountain.

By the time we got back to the corral it was late afternoon. We unsaddled the horses, and the last time I saw Trooper he had his head shoved in the alfalfa, working up a fresh load of flatulence.

At this point we might have called it a day, but the Code of the West dictated otherwise, and Steve knew where there was a sagebrush flat where bull elk sometimes came out to view the sunset.

Off we went, by truck this time, and found the flat with perhaps five minutes of shooting time left. To get from the road to the flat, however, we would have to climb nearly straight up for 25 yards through a snowbank that was at least 5 feet deep. Steve volunteered to go first and take a look since I was older and busy leaking blood.

The snow was well above Steve’s waist, but he made it, and then he leaned over the edge of the bank and looked down at me with an expression of pure joy. Come on, he semaphored, there’s an elk out there.

Figuring this was as good a place as any to have a heart attack, I wallowed to the top through snow that seemed to come up under my chin, and there, far, far away under the failing light, was a bull elk.

I got in the prone position, held way above the elk’s back and started shooting. The bull took a few tentative steps forward and collapsed. I used up 15 years’ worth of hunting luck right then and there. Because the snow was so deep and we could not accurately count paces, there was no way to tell how far off he actually was—certainly over 400 yards, more likely 500. But in real-life elk hunting, if you get a chance you take it, because it’s the only chance you’re going to get.

Next day we went up and collected him. He was an average 5×5, but as the title of a story that ran in Field & Stream years ago said, “Any elk is a good elk.”

Live by the Code

Outside Cody, there is a reconstructed frontier town consisting of ancient shacks, shanties, and hovels scrounged from all over the state. In that town is the grave of Jonathan Johnson, the model for Jeremiah Johnson, and on his grave marker is the legend NO MORE TRAILS.

You and I will come to the place where there are no more trails, and before you do, I hope you have at least one hunt like this one, when everything looks hopeless and yet you succeed against the wildest odds. You can do it, even when it seems crazy to go on—provided you abide by the Code of the West.