This was 25 years ago, when I’d moved to Georgia for a new job. By coincidence, a guy I knew... 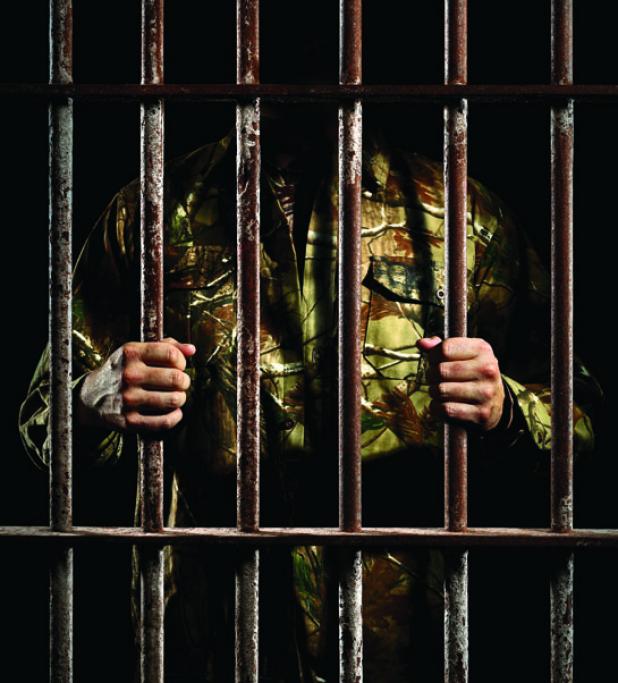 This was 25 years ago, when I’d moved to Georgia for a new job. By coincidence, a guy I knew who hunted land bordering the Pennsylvania property I hunted had moved there about a year earlier. When a couple of Yankee hunters find each other deep in Dixie, they become friends quickly, as Tom and I did.

Tom worked at the big Lockheed plant outside of Atlanta and had met a few hunters there. One of them, a guy named Brad, lived out near the Alabama border, an hour-plus drive southwest of the city. Rural Georgia.

Brad told Tom that his family had property with a lot of turkeys on it, and we could hunt it if we wanted to. So one afternoon in March, Tom and I drive out to scout it.

We have a handwritten map and directions from Brad to a stretch of woods along a two-lane road. We park, go in, and immediately find turkey sign. Tracks, droppings, and feathers are everywhere. We even hear some birds. We don’t want to spook any, so we quickly mark a place near a roost tree to set up for opening morning and get out of there.

Boy, are we pumped. Georgia gobblers! On private land!

Tom picks me up at 3:30 a.m. on the opener a week later, and we get to the property way before sunup. We walk in, get settled, and start calling in the predawn. For about an hour we have a flock around us, but nothing comes close. We decide to walk back to the truck for coffee and to plan the rest of the morning.

We’re heading up the slope to the road when I see a thin man wearing a pressed khaki uniform taking a leak at the edge of the woods. “Warden,” I tell Tom. We stop, look at each other, shrug, and walk toward him. After all, we’re not doing anything wrong.

If only I had known.

“Licenses,” the warden says as he leads us back to the truck. Tom and I open our wallets and hand them over. He’s agitated and I can’t figure out why. He gives the licenses back to us and says, “You’re on private property!”

“We know,” says Tom. “We have permission.” He tells the warden about Brad.

“This isn’t his property!” the warden says.

“Yes it is,” says Tom. He goes to the truck–which, I realize uneasily, still has a Pennsylvania license plate on it–and gets the directions. “See? Brad said–“

“It’s not his land!” the warden says, hotly.

The three of us get into a heated discussion about why we thought we were on the correct property, the state’s posting laws, and the lack of posted signs on the land, but at the end we say O.K., if we made a mistake, we’ll leave.

The warden has other ideas. He writes out tickets and says we can settle right there by paying him the fines, which come to more than $200. Tom and I have about $17.

“Get in your truck and follow me,” says the warden. Ten minutes later we’re at what appears to be a large police station. We follow the warden inside, where he has a quiet conversation with two officers.

One of the cops walks up to us and says, “Empty your pockets. Take your belts off. Turn around, feet apart, hands against the wall.” Shocked, we do so. We get patted down and are led to a jail cell. A thick metal door slams shut on us.

We’re in jail. In the deep South. With our broad, nasal northern accents and our truck with the name of a faraway state on the tag.

And no one knows we’re here.

“I can’t believe this!” says Tom, pacing back and forth in front of the ­stainless-steel, seatless toilet. “This is bulls–t! How long can they keep us here? How do we get out?”

“I don’t know,” I say. I look through the tiny window where an officer is sitting at a desk. I pound the door. “Phone call! We’re allowed one phone call!” He ignores me.

Half an hour later the cell door opens and an elderly man in an orange jumpsuit passes us foam boxes containing beans and a very red hot dog. A smiley face and the words Have a Nice Day are embossed on the lid.

Soon after that an officer opens the door. “Follow me,” he says. Soon we’re getting our front and profile photos taken. I still have camo paint on my face. I feel ridiculous.

The officer eventually lets us use the phone, but we can’t reach anyone in Atlanta. In desperation I tell the officer I’ll give him my ATM card and tell him my PIN if he’ll go get cash. “I can’t do that,” he says.

“Well, there’s a bail bondsman in town. Here’s his number.”

I get on the phone with the bondsman, explain our situation, and tell him how much cash we have on hand, which isn’t even enough to cover his fee. “Sounds like you boys are in a bit of a bind,” he says.

“How about our guns?” I ask him. “Can you take them as collateral?”

“What kind are they?”

The bondsman, an elderly white-haired man, arrives an hour later. I watch as he jokes with one of the officers. Our cell door opens. We get our personal effects and walk out. The bondsman puts his arm around my shoulders and says, “Here’s my card. If you ever find yourself in a bind in Atlanta, call me.”

I’m insulted at first, but then I see myself from his perspective: the type of guy who gets into trouble.

Months later, Tom and I pay our fines, pay the bondsman, and get our guns back. We found out that the warden was a member of a club that hunted that property. The members were voluntarily not hunting turkeys in order to let the flock propagate. We also discovered that Brad and the warden knew each other–and didn’t care for one another. Brad became scarce, so I never learned why he’d sent us there.

I carry my own up-to-date, well-marked maps now whenever I hunt. Along with some extra cash in my wallet. Just in case.