Hurteau’s Texas Nilgai Hunt, Part 1: What Rifle Would You Choose?

**Read Part II and Part III here. ** There are some things you don’t have to try to know you... 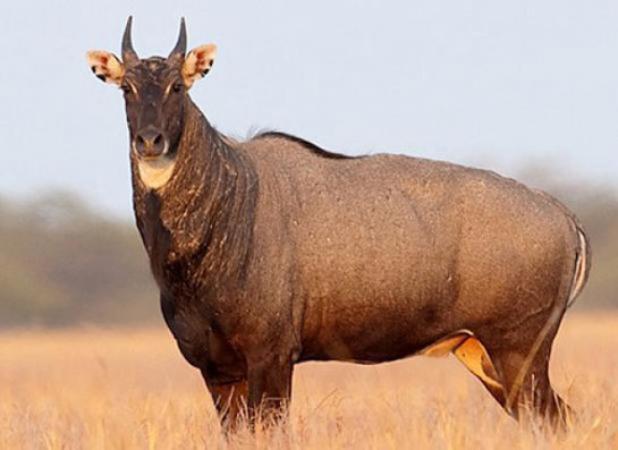 There are some things you don’t have to try to know you won’t like. Hot yoga and colonics come to mind. And when Cabela’s invited me, a South Texas nilgai hunt seemed like it should make the list, too, although further down. Sounded like a trip to a petting zoo, with guns.

Also I had some questions, mainly, What the hell is a nilgai?

It’s something I probably should have known, but then again, why? In any case, I looked it up on Wikipedia, where all the top outdoor writers do their research, and learned that the nilgai, also known as the blue bull, is Asia’s largest antelope, native to India, and one ugly mother–a cloven-hooved, long-tailed, horse-faced thing with a goat’s beard and horns.

In other words, Satan.

I did find out from another source, however, that nilgai meat is outstanding–absolutely first rate. So I mulled it over: Should I go to a South Texas petting zoo to kill the devil for his backstraps? In the end, I figured, what the hell…

The other big draw was Cabela’s Classic Winchester 1886/71 in .45-70–what Italian gunmaker David Pedersoli figures is the perfect marriage of the 1886, Winchester’s original big-bore lever gun, and it’s eventual replacement, the 1871. It’s hard to argue with him. This 8.5-pound version has a full pistol grip, half-magazine, and nice, sensible recoil pad. Plus it’s weak-in-the-knees gorgeous, with a figured walnut stock and case-colored receiver and end cap. There were half-a-dozen other very handsome Cabela’s Classics rifles I could choose from (see below). But it would be something, really something, to shoot the devil with this thing.

I asked Cabela’s Joe Arterburn if he had one I could use for the hunt.

“If it works?” I thought. Does he know we are going to a petting zoo?

The Petting Zoo
Bumping along the gravel access road on South Texas’s famous King Ranch, the roadside animals were nowhere near as numerous or friendly as I expected. (There were no baby goats to hand-feed at all, for example.) There were whitetails–pods of curious does that lifted their heads but continued chewing; a bachelor group of pretty good bucks who skipped into the shade of some live oaks; a handful of 140- to 150-class studs who casually disappeared into the mesquite. There were a few pigs, a couple javelinas, a smattering of turkeys, and two waterbucks that stared dolefully from the distance. All in all, it was like a slow day at Park Safari.

But we did see nilgai, briefly. Whereas most of the other animals ambled off as the truck rumbled by, the nilgai freaked. A cloud of dust, a big blue streak, and a horse-like butt plunging deep into the brush.

“There goes a nilgai,” said our guide Clay.

“Are they always so edgy?” someone asked.

“They know what you guys came for.”

Part II will have to go up next week, as I am out for a few days. So in the meantime, let’s take a poll. Here are the five fine Cabela’s Classic rifles I had to choose from for this hunt. Which would you have picked? Keep in mind that nilgai are big, tough critters.