Q: How can one get his significant other to embrace (or at least tolerate) his gun nuttiness in this time... 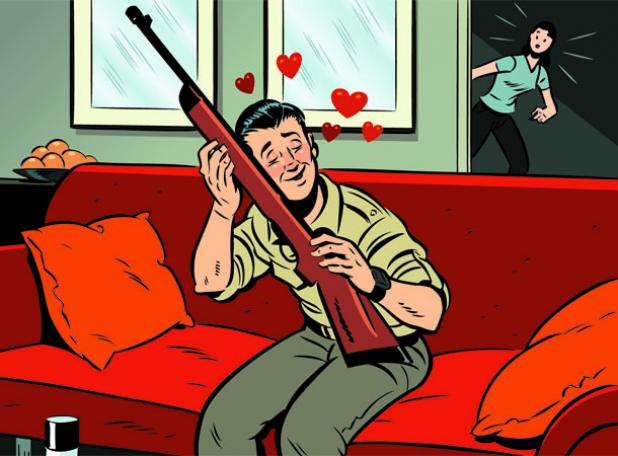 Q: How can one get his significant other to embrace (or at least tolerate) his gun nuttiness in this time of anti-gun hysteria?
–T.M., Buffalo, N.Y.

A: First, try to simply get tolerance. One approach is to invite the S.O. to the range and show her that very few gun nuts speak in tongues or are notably crazy or have not graduated from eighth grade. Ask her if she would like to shoot. Once the mystery goes out of it, so does a lot of the fear. You may not get a perfect conversion. After 40-plus years, my wife is O.K. with rifles and shotguns but does not like handguns at all, so I keep them mostly out of sight.

Q: Beyond the classic argument of “You can get ammunition anywhere,” what are the advantages of the .30/06 over newer, more efficient cartridges?
–Pacific Hunter, from the Gun Nuts blog

A: I don’t know of any cartridges as efficient, new or otherwise, as the .30/06, never mind more efficient. When you weigh the range of game it will take, its relatively low level of recoil, a limitless variety of ammo, and comparatively low cost, I can’t think of anything that matches the .30/06, much less surpasses it. The only cartridges that come close are the .270 Winchester and the .338 Winchester Magnum, but each has drawbacks that the ’06 lacks.

Q: What’s the best method for deep-cleaning a rifle barrel?
–Douglas Techenor, North Bangor, N.Y.
**
A:** J-B Non-Embedding Bore Cleaning Compound is the most effective thing I’ve ever tried. It works best in combination with a penetrating oil called Kroil, and you can get both products from Brownell’s. The third thing you need is elbow grease; don’t be afraid to scrub. If you can’t get a barrel clean with J-B, you need a new barrel.

A: The key to making a rifle barrel shoot accurately is to bed it so it vibrates the same way each time the gun goes bang. Years ago, gunmakers thought the way to do this was by keeping full contact between the fore-​end and the barrel and having the fore-​end exert upward pressure on the barrel. Considering the unstable nature of wood, however, this was a fool’s errand. What everyone does now is free-float; that way you eliminate any chance of erratic contact between fore-end and barrel, which is why modern rifles shoot rings around older rifles.

Melvin Forbes of New Ultra Light Arms still full-length beds. But his stocks are Kevlar-graphite, which means that they never shift, and he has them just touching the barrel, not putting any pressure on it.
**
Q: In terms of caliber, where do you draw the line between a varmint rifle and a deer rifle?**
–Charles R. Manley, Bacliff, Texas
**
A:** Twenty years ago, I’d have said that 6mm or .243 were the absolute smallest rounds you should use on big game. But bullets are so good now that I have to include the .223 and .22/250 as fine for deer provided you don’t use varmint slugs. So with that important caveat, I’d say that anything smaller than .224 is strictly for rodents, and anything bigger can get you rodents or deer.