Best of the Best Awards: Then and Now

This year’s edition of Best of the Best marks the 15th anniversary of the program. As a member of the... 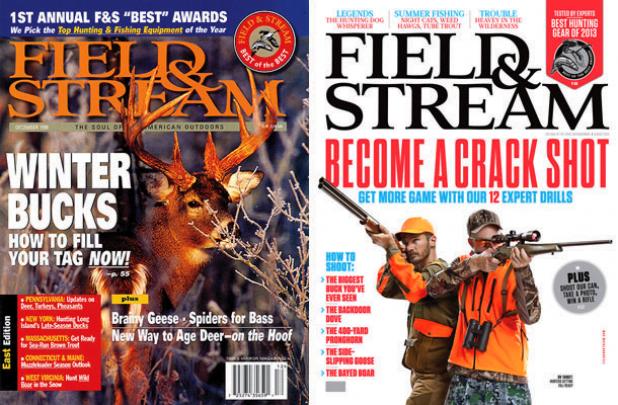 This year’s edition of Best of the Best marks the 15th anniversary of the program. As a member of the original team of editors that inaugurated BOTB I find it illuminating to look over the first iteration and compare it to what we have now. It’s interesting to see what has changed over the years….and what has not.

In 1998, Marlin’s Model 1895 Guide Gun made its first appearance. As rifles editor David E. Petzal said then, “Who’da thought? Marlin combines an 1873 cartridge, an 1895 rifle, adds some modern wrinkles and comes up with something new.” The design was so good the rifle is still with us.

In fact, the Guide Gun concept is so viable that Ruger’s new version, a 2013 BOTB winner designed specifically for dangerous game, is, in the words of Petzal, the “rifle to use when firearm failure is not an option.”

Climbing stands weren’t exactly new in 1998, but Ol’ Man’s Vision AirElite was. Built of carbon rather than steel, they were extremely strong but 25 percent lighter than steel. All these years later, the company remains an innovator, taking home 2013 honors for its Drone that can be quickly and safely leveled during an ascent.

For those anglers who’ve only known breathable neoprene waders, I can state unequivocally that you haven’t lived until you spend a day in old-style neoprenes. Trust me, you’ll never do it again; it’s like walking in a sauna. But in 1998, Simms introduced Polartech BiPolar Waders, the first breathable neoprenes. The angling world was never the same.

Nowadays we take GPS for granted and use GPS apps on our smartphones to find fishing and hunting spots. Fifteen years ago, GPS was still an emerging technology, one many hunters believed to be only a novelty. That’s why Maptech’s CD-ROM topo maps seized the imagination of Field & Stream editors. What a concept–computer maps! Note: Minimum system requirements then were a 486 PC (or better) a CD-ROM and mouse, and eight megabytes of RAM. There was no version for MACs.

As for “Reel Innovation” (terrible pun), the editors celebrated Shimano’s Corsair 200 as a return to classic form and function after baitcaster design had wandered “in a wilderness of gimcrack innovation in the 1980s.” Products during those dark days included computerized reels that kept track of how much line was out. Anglers yawned.

Wilderness hunters and anglers now have a wide assortment of portable water-purification systems with built-in filters that allow them to safely access water from streams and lakes. Fifteen years ago the concept was new enough that Field & Stream gave top honors to Safewater Anywhere’s Personal Water Filter, which was simply a water bottle with a built-in 25-micron profiler and a 2-micron primary filter. As was noted at the time, “No boiling water, no tablets, no pumping–just fill and drink.”

Obviously optics has been an important part of BOTB from the very beginning. And though technological advances have improved the breed, Bushnell, Swarovski, and Nikon, all of which got the first nod, are still very much with us. Bushnell is a 2013 winner, a sure sign that “the more things change, the more they stay the same.”