Photo by Andrew Hetherington This one is simplicity itself, and I thought it up because I’ve seen so many shooters,... 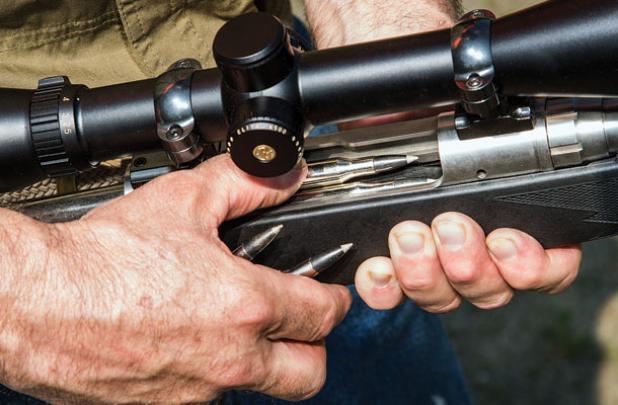 This one is simplicity itself, and I thought it up because I’ve seen so many shooters, including a lot of experienced ones, screw it up. It consists of firing a three-shot or five-shot string, reloading as fast as you can, and shooting a second string. This is not a situation you encounter often, but when you do, it can be critical. Ask anyone who hunts elk or Cape buffalo. You need whatever big-game rifle you use most often with a scope that can be set at 3X or less. Shoot offhand at the standard NRA 50-Yard Slow Fire Pistol Target with the 8-inch black bull set at 25 yards.

Advanced Challenge
Drop one round, find it, and load it, while keeping your eyes on the target.

Current-manufacture Winchester Model 70, any caliber, with a low-power scope. You’ll see that controlled feed is not a substitute for correct loading.