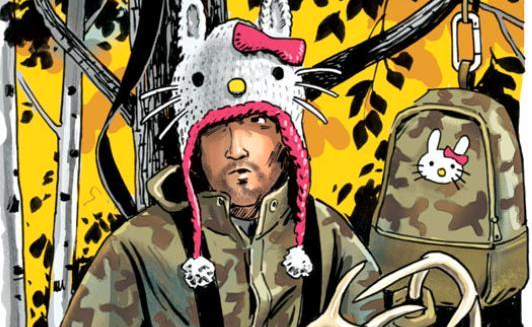 We all make mistakes. Learning from them makes us better hunters. But you need to know what you’re doing wrong. Watching for these 10 subtle but all-too-common deer hunting errors will get you moving in the right direction.

If a public hunting area includes tracts of 1,200, 500, and 80 acres, guess which one gets the most pressure? Don’t follow the crowd. The smallest area may hold a big, neglected buck, especially if it has heavy cover and doesn’t have convenient parking or well-marked boundaries, which discourages other hunters.

2: You Hunt Right Over Scrapes

Instead, backtrack and hunt downwind in cover along thinly outlined trails leading to the buck sign. Most scrapes are visited at night, so you’re more likely to catch a buck approaching the scrape rather than right on it.

Bucks don’t fight timidly. Last year I watched a scrappy 135-class buck rip half of a 140-inch rack off his opponent, and then chase him when he tried to escape. You could hear the fight from half a mile away. Rattling loud lets you cover more territory and will attract more bucks.

You own or lease great deer ground, but you let too many friends hunt wherever and whenever they want. Use a combination of restrictions on the number of hunters and what days, areas, and methods they can use to avoid overpressuring deer.

If a hunting tactic or area yields success once, it’s natural to turn to it again and again. But old, wary bucks will soon learn to pattern where, when, and how they’re being hunted. Mix up your approach, tactics, and location. The less predictable you are, the greater your chances of nailing a mature deer.

6: You Hunt Your Best Areas Too Soon

Don’t rush in and blow bucks out of the prime spot on your property. Save your choicest location for the perfect conditions.

7: You Always Drive at Midday

When the moon is full, bucks often move during midday and bed in cover early and late. This makes the crack of dawn and late afternoon good bets for a drive during that lunar phase.

8: You Switch to a Different Stand After Two Evenings

Mature bucks often travel on a three-day cycle. Give a good stand at least three days before moving.

9: You Think Funnels are Absolute

They’re not. If there’s a rougher, tougher way to get somewhere without going through an apparent funnel, a big buck will often take that isolated path, leaving the easy trail for does and yearlings. Unless a funnel is the only route, don’t count on a mature buck taking it.

10: You Focus On Food Plots

Avoid These Mistakes When a Buck Approaches Your Stand

The Whitetail that’s approaching your stand has Pope and Young record book written all over it. All you need now is a good, clear shot–and a way to avoid the fistful of blunders bowhunters are prone to make at these critical moments.

Here are the four most common gaffes, and how you can keep them from spoiling your hunt:

Yes, a grunt call can be effective at bringing deer closer, so it’s tempting to use it the instant a buck shows. But hold off. There’s no reason to draw attention to yourself if a buck is already coming to you. Even if the buck pauses, don’t call unless he starts off in the wrong direction or wags his head and neck back and forth, which often precedes a change in course.

2. Drawing at the Wrong Time

There are two essential parts to solving this problem. First, you need to anticipate obstructions that will shield you from a buck’s line of sight, and draw when he’s behind one. Second, you need to (a) draw sooner when a buck is moving quickly and (b) take your time when he’s taking his. You can improve both skills dramatically by drawing on every deer that walks under your stand, whether you intend to kill it or not.

This miscue happens far more often than it should. Don’t complicate a great opportunity by trying to guess how far away your buck is. Get it right ahead of time by planting yardage stakes or by scanning key landmarks with an electronic rangefinder. If you choose the latter method, take extra care to avoid false readings from stray twigs or grass.

There may be no worse feeling in all of bowhunting than the nauseating regret that comes from making a bad shot on a trophy animal. To avoid it, carefully monitor a buck’s body angle as he approaches, and wait for a double-lung shot. As you take aim, consider where your arrow must exit to pierce both lungs. Presumably, you’ve done everything else right if you’ve gotten this far. So don’t forget this last crucial step. ––Jeff Murray