Road Trips: Your Guide To 7 DIY Hunting Adventures Across The U.S.A.

You have all fall to hunt near home. This month when so many seasons are open and at their best,... 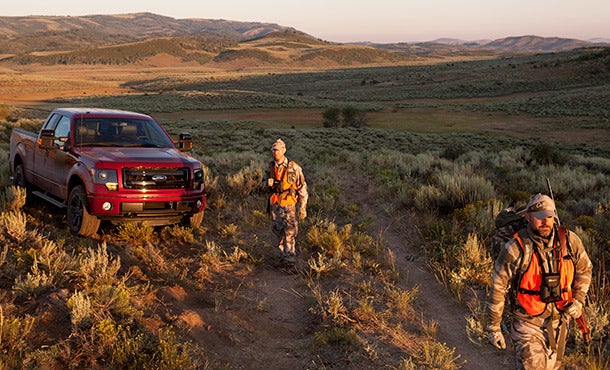 You have all fall to hunt near home. This month when so many seasons are open and at their best, why not new country for new thrills? We’ve planned seven D.I.Y. road trips for elk, deer, ducks, and more. All you have to do is pack the truck, drive until the pavement ends, and come home heavy.

The Code of the Road: Six Rules To Live By When You’re On A Hunting Road Trip

Going Green: A road trip is a marriage of sorts, and nothing sinks domestic bliss quicker than a money squabble. Head off the meltdowns. Denote a sturdy 6×9 envelope as the Road Trip Kitty, and make equal deposits. Pay for gas, communal grub, head gasket repairs, border bribes, jail bail, and other road requirements out of the envelope.

Domestic Duties: It’s a simple chore to divvy up the chores: He who cooketh doth not clean. She who driveth chooseth the diner. Put away thine iPhone and break down that tent, you worthless slacker.

Knock-Knock: It’s a funny prank once. It’s an annoying stupid little juvenile stunt that makes me want to punch you in the face, while you’re sleeping, the third time.

Name It, Claim It: One of the joys of the road is that the strictures of polite society involving certain bodily functions need not apply. If you’re feeling the deep and meaningful effects of that gas-station heat-lamp bean-and-buffalo enchilada, step up and send ’em over the fence. Nobody likes a sneaker. Although a hearty round of “Hey, do you smell popcorn?” is always hilarious.

Watch Your Spit: Two miles into a cross-country post-college road trip, I dumped an entire stadium cup’s worth of Red Man spittle onto the floorboard of my buddy’s Datsun B-210. Not cool. Hammer down the tobacco guidelines early–smoking or nonsmoking, and if and where the spit flies.