Whitetail Quiz: How to Hunt a Late-Season Buck?

Photo by Lon Lauber The Scenario You’ve spent a long season waiting out the biggest buck on your property, careful... 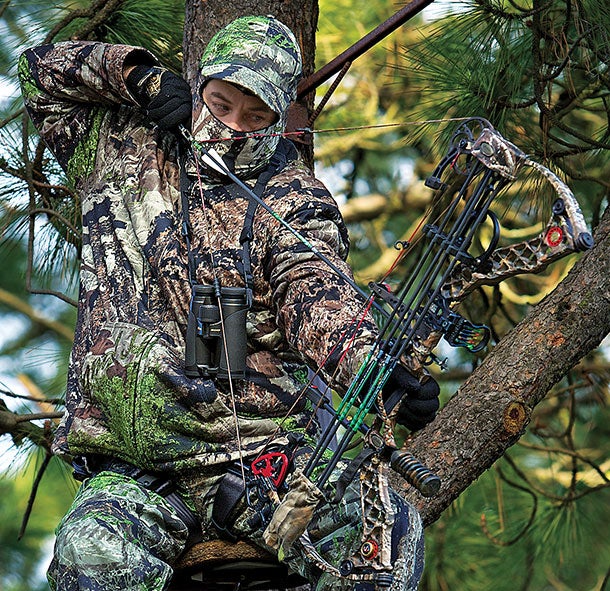 The Scenario
You’ve spent a long season waiting out the biggest buck on your property, careful to keep a safe distance from the half-acre cattail slough where he beds. The rut came and went without a sighting, but a few nighttime trail-cam shots of the buck making a scrape and feeding in an oak flat 100 yards from his lair tell you the boss is back. Problem is, you’re down to your last two hunting days.

Your Choices
A. Hunt the hot sign. Set up a stand overlooking the scrape and put out doe-in-heat scent to take advantage of late rutting activity.

B. Watch his bedroom. Sneak in early and erect a ground blind at the edge of the cattail slough to catch the buck on the way to his sleeping quarters.

C. Get pushy. Post shooters along any likely escape routes and stage a small drive to get the bruiser out of his bed.

D. Interrupt dinner. Hang a treestand to ambush the buck as he moves from the slough to the oak flat in the evening to feed.

What the Pro Would Do
“With only two days and such tight quarters, I’d hang and hunt [D],” says Joel Snow, owner of Five Star Trophy Outfitters in De Graff, Ohio (937-585-4294; ­5star​trophy​outfitters.com). “Assuming the wind is right, I’d sneak in with as little disturbance as possible and hang a stand on a good trail halfway between his bedding area and feeding area.”

Snow typically favors ground blinds [B] for late-season hunts, but not in this scenario. “With only a half-acre core area, that buck’s apt to hear you setting up nearby,” he says. “Plus, unless you do an awfully good job brushing it in, he’s not going to walk by the blind right away–and you don’t have a couple of days to get him used to it.” Setting up on the scrape [A] is unlikely to put the buck in range before dark, Snow says, and a wind that drifts doe scent the buck’s way might also carry yours.

Instead, choose a tree that offers a clear shot with no pruning, Snow advises, then set up quietly four hours before sunset. Be rigorous with scent control, and be ready to back out once the light starts to fail, to preserve your chances for day two. If it comes down to the last hour of the season and the buck still hasn’t shown, Snow might send a hunting buddy upwind to bump the buck–more of a nudge than a drive. “I wouldn’t try a full-blown drive [C], because the neighbors are probably making their own last-ditch effort, and I don’t want to send my buck their way,” he explains.

Besides, you shouldn’t need to. “If you can get into your stand with zero signs of having disturbed the buck, you can heave a big sigh,” Snow says. “As long as the wind doesn’t shift, you should be home free.”