The Fight for Clean Water

Photo by USFWS How an Email Can Help Save Wetlands by Bob Marshall What does the Clean Water Act, your... 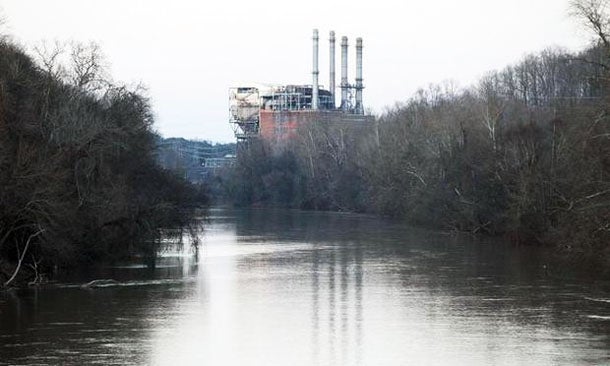 How an Email Can Help Save Wetlands

What does the Clean Water Act, your computer keyboard, and the future of hunting and cold-water have in common with your responsibility as a sportsman–and the Dalai Lama?

Let’s take them one at a time.

The Clean Water Act has been under a serious attack for almost a decade. It started back in the early 2000s when the Supreme Court stripped CWA protections from temporary and isolated wetlands, claiming Congress never intended for those habitats to be protected when it passed the bill in 1972.

That decision meant the prairie potholes critical for duck production were now open to destruction, as were most streamsides. In all, 20 million acres of wetlands were put on death row.

The fix seemed easy. All those congressmen who say they love hunting and fishing had to do was say, “Yes, we did mean to protect that habitat,” and pass a law confirming their convictions. But those bills were always defeated.

The Obama Administration, after years of delay, recently came through with a new proposed rule that would restore protections to many of those acres.

The rule leaves the fate of those potholes hanging, but it’s better than nothing for the time being.

The rule is now out for public comment, and sportsmen’s conservation groups say the political forces that want to destroy those wetlands are fighting hard and shouting loud–and spreading plenty of misstatements.

So it’s now up to us to get involved.

You can do this easily enough. Several sportsmen’s groups’ Web sites have letters supporting the new rule that you can sign and send electronically.

All it takes is a few mouse clicks, and you will have worked to help make sure future generations can enjoy some of the marvels you’re experienced.

Some of you may be thinking, “I’m just one voice, I can’t make a difference.”

This is where we get to the Dalai Llama, who uttered one of my favorite quotes for times like this:

“If you think you’re too small to make a difference, think about sleeping in a tent with a mosquito.”

Don’t let this opportunity slip by. Our future depends on you.

The game we love to hunt and the fish we love to catch are not the main reasons for our powerful conservation ethic. Instead, our hunting and fishing and outdoor heritage are like the dividends on the principle in an investment account. The principle is clean water and clean air, healthy wetlands and floodplains, native grasslands and forests, and, simply stated, dirt — the truest wealth of nations. If these basic assets are conserved, there will be wildlife to hunt, fish to catch, and the prosperity to have the luxury and the liberty of doing what we love most.

It has become woefully clear, in the past year or so, that when we fail to conserve these assets, and protect them from those who would do them harm or take them away from us, not only do we lose our fishing and hunting, we also endanger our prosperity and liberty.

Imagine that you own a farm or house on the Dan River, downstream from the town of Eden, North Carolina. On Feb. 2, 2014, when 39,000 tons of toxic coal ash and 27,000 gallons of contaminated water spilled out of a poorly maintained storage pond and into the Dan, your life- and your property values- changed dramatically. Although Virginia and North Carolina state employees are continuing to monitor the spill’s effect on the fishery (mostly blue and channel cats, largemouth bass, and sunfish), __and the taxpayer money continues to pour out for those and other water testing efforts, no one is sure what the long-term effects of that spill will be. Duke Energy, the company responsible for the spill, has assured its shareholders and investors that the disaster will have no effect on the company’s profits, but for private property owners along the river, the same cannot be claimed. We are tumbling into an abyss that we thought we had escaped because of federal and state regulations meant to protect the basic resources that underlie the value of all the others.

Takings of private property values by ruining rivers or water supplies are becoming commonplace. Summer nights spent fishing for blue cats in front of your house on the Dan might be a huge part of why you love living there, but it is the river itself — as it was before the spill — that gives your property much of its value.

It is often said that eternal vigilance is the price of freedom, and we seem to be falling asleep at the switch. Did you ever wonder why there were so many people — over 300,000 — who depended on the West Virginia American Water Company for their drinking water around Charleston, West Virginia? Doesn’t that seem like a lot of households dependent on one water system- the Elk River- that was contaminated in the Freedom Industries’ chemical spill on Jan. 9, 2014?

It is a lot of households, and a lot of businesses and property values, dependent on that one fragile water source. West Virginia American Water has gained tens of thousands of new customers over the past decade, as private property owners are forced to deal with aquifer and surface water contamination that makes their own wells unusable.

Freedom Industries filed for bankruptcy eight days after the spill.

West Virginia Governor Earl Ray Tomblin, in a televised warning to the citizens of nine counties, summed up the situation on Jan. 9: “Do not drink it. Do not cook with it. Do not wash clothes in it. Do not take a bath in it,” Tomblin said. “For safety, we would ask everyone — this includes restaurants, hospitals, any institutions out there — please do not use any tap water if you’re a customer of West Virginia American Water.” He concluded, “If you’re going to drink water you should get bottled water.”

Of course, bottled water is comparatively expensive, has to be delivered from some place with uncontaminated sources, and is- or can be, deliberately or otherwise — limited in supply. People who have no drinking water have no property values, and no liberty, beyond the freedom to cut and run. The fact that there are no longer any fish to catch in their rivers is the least of their worries. That this is the norm in so many nations of the modern world- and an ugly norm it is- seems completely lost on many American citizens and on their leaders as well, who seem to be bound together in a self-destructive rush to replicate the water pollution disasters of China, India, the Philippines, here in our own country. The Elk River spill is particularly sad, because it is a tributary of the Kanawha River, which was almost dead before the advent of the Clean Water Act, but experienced a big turnaround.

No American outdoorsman or woman worth his or her salt will stand by and let the clock be turned back to a time of poisoned rivers and no fish, because, as anyone can see, the competition for water and other resources is getting hotter by the hour. We can keep our fishing and our water but we are going to have to act, and keep acting. Passivity equals loss.

Although my family lives far from the coal fields of West Virginia and North Carolina, I, like everyone reading this, have a dog in this fight. Montana is a mostly arid place of alkali and salt and we’re no strangers to the ruin of what good water there is,
from Libby to Billings and many points between.

At our home, my well is only 25 feet deep. I’m in a narrow floodplain aquifer that stretches maybe 30 miles to the mountains, with their snowpack and tumbling creeks. East of our town, there’s no usable ground water at all. West of our town, where the land is higher, there’s no water, or well depths are measured in the hundreds of feet. It’s a delicate balancing act, here in this dry place of extreme summer heat, extraordinary winter cold. A few years ago there was a rush of leasing for oil and gas exploration in all directions from town, and we hope to get a number of baseline studies done of our water — how much there is, what’s in it — before the drilling begins.

Everything I own is tied up in our little house on these couple of lots. Most people I know here can say the same. If we ever lost that aquifer, what we’d own is a supply of some pretty fair kindling and a patch of grass that is prone to flood in the spring and is dead brown by the middle of July. All the elk hunting in the mountains and all the trout in the reservoir or the whitetails and muleys on the prairie won’t mean much to us, because we’ll be gone. Our freedom, and what prosperity we’ve gained from our labors, gone. If we fail to guard the principle, all the dividends in the world will mean very little to us.