Photo by Scott Bestul Every adventurous archer dreams of an in-your-face encounter with a rutting elk, but today’s savvy bulls... 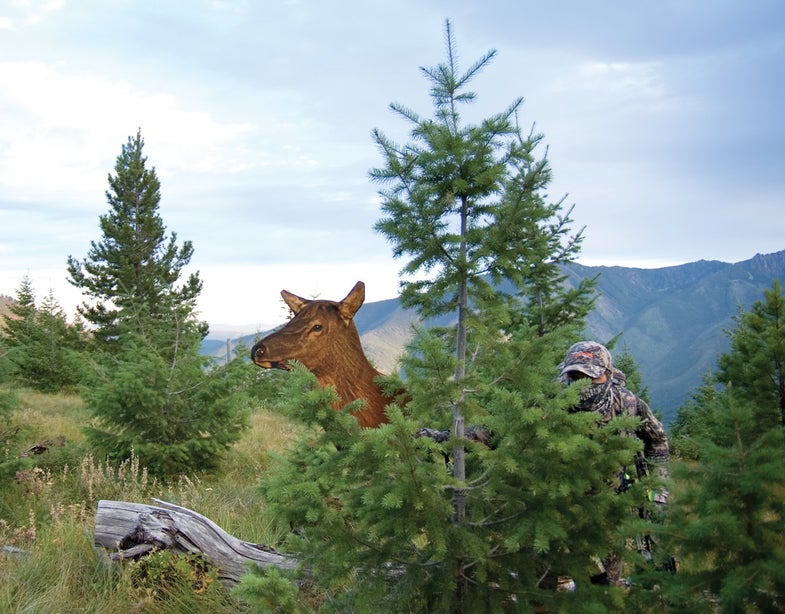 Every adventurous archer dreams of an in-your-face encounter with a rutting elk, but today’s savvy bulls often come screaming to a call only to hang up out of bow range when they don’t see a cow. The solution is a decoy, and you don’t need to carry the full-body variety to coax that wary bull close.

“Usually all it takes is an illusion to complete the picture in the bull’s head,” says Garrett Roe, owner of Heads Up Decoy (heads​up​decoy.com), which makes a light, portable, highly realistic silhouette of a cow elk’s head. Roe stops at nothing to get a bull to see it: “I’ll wave it, holding it above my head, even run at the bull from behind it.”

Roe’s favorite tactic is to place a partner in shooting position, then back off 20 to 40 yards to decoy a bull close. Otherwise, a solo hunter can attach the decoy to a tree, work it with one hand, or fix it to his bow via a special attachment. “I’ve used nothing but the head decoy to skirt in plain sight or walk directly at a bull,” he says. “Just be careful, as a rut-crazy elk can get too close in a hurry. So be ready to shoot.”