Breakout Bow Season: How to Pattern a Giant, Opening-Day Buck

Photo by John Hafner Is there a better way to kick off your best ever bow season? Bob Borowiak has... 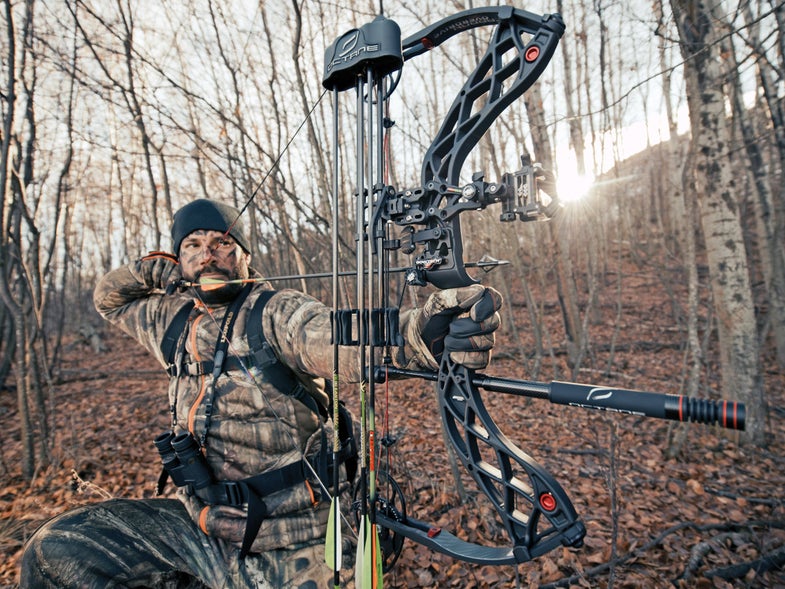 Is there a better way to kick off your best ever bow season?

Bob Borowiak has tagged 30-some Pope and Young bucks, half of them during the first week of Minnesota’s archery season and several on the very first day. Here’s his blueprint for taking a quick buck.

Many of the hay and soybean fields Borowiak hunts are visible from a road, so he keeps his distance by glassing from the cab of his truck. “I start right after July Fourth and continue through the end of summer, ” he says. “Antlers are becoming well developed by then, and bucks are relaxed and coming out long before dark to feed. I’m looking for good bucks that show a consistent pattern.”

Get a closer look

In the bluff country where Borowiak hunts, it’s often impossible to see the exact route a buck takes to a feeding area. So he moves closer. “I look for a tree where I can hang an observation stand that lets me view the action a little better,” he says. “But you need to be able to sneak in and out without the buck, or other deer, seeing or smelling you.”

Within a week before the opener, Borowiak hangs a hunting stand. “I’ve usually picked the tree during one of my glassing sessions,” he says. “Many of my spots have a brushy hillside or an old apple orchard where bucks stage before hitting the feed field. The best ambush is apt to be here, rather than right on the field edge.” He hangs the set at midday and returns as soon as the season is open and the wind is right. “After velvet shed, early-season bucks may not hit the field night after night like they did in summer. So don’t panic if he doesn’t show on the first hunt. If you can keep getting out of there without spooking any deer, you’ll usually get your chance.”