Photo by John Eriksson / Images on the Wildside Your trophy room just isn’t complete without one. Any state that... 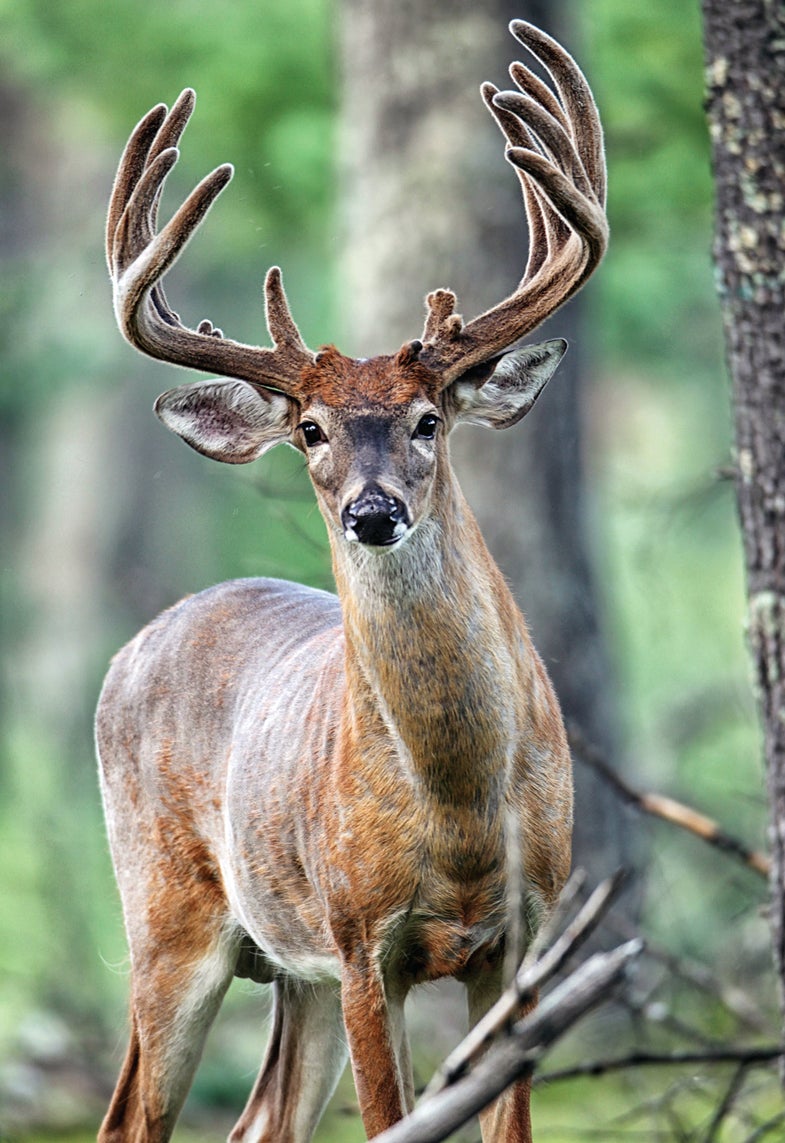 Photo by John Eriksson / Images on the Wildside

Your trophy room just isn’t complete without one.

Any state that opens to bowhunters on or before Sept. 15 offers a great shot at a velvet whitetail. But your odds really rise where the use of salt is allowed.

Carl Doron, owner of Snipe Creek Lodge (270-436-2626), guides 20 clients per day during the first week of Kentucky’s early-September bow season. He won’t sit any of them in a stand without knowing at least one velvet P&Y buck will be coming right to it. Here’s how he makes that happen.

Get your licks. The trick is to bring bucks to the hunters with salt. “I never set up in a beanfield corner where we’ve seen bucks moving, because the deer would quickly catch on,” Doron says. “Instead, we get those bucks to come to a spot where a hunter can enter and exit completely undetected. We do that with attractants, particularly salt licks, set 100 yards or more away from the trails leading to the primary food source.”

Watch the salt. Doron establishes licks in spring, but you can get one going right now if you hurry. Set a stand within bow range, and put the lick behind a large tree to keep you hidden from the many deer that will visit. Monitor it with a trail cam, but don’t be too aggressive. “If pictures show that the buck you’re after gets squirrelly around your camera, pull it out,” he says. “You already know he’s there.”

Sweeten with corn (where legal). As the season nears, Doron also scatters shelled corn at the lick every few days. You don’t need it, but it certainly helps if allowed. “The key is persistence. Bucks won’t usually visit a site every day. You might watch them at 100 yards three evenings in a row and then on the fourth, they decide they want some salt and corn. As long as the wind is right, you’d better be in that stand.”