Photo by Donald M. Jones Just like on public land, if you can arrow a trophy buck way back in... 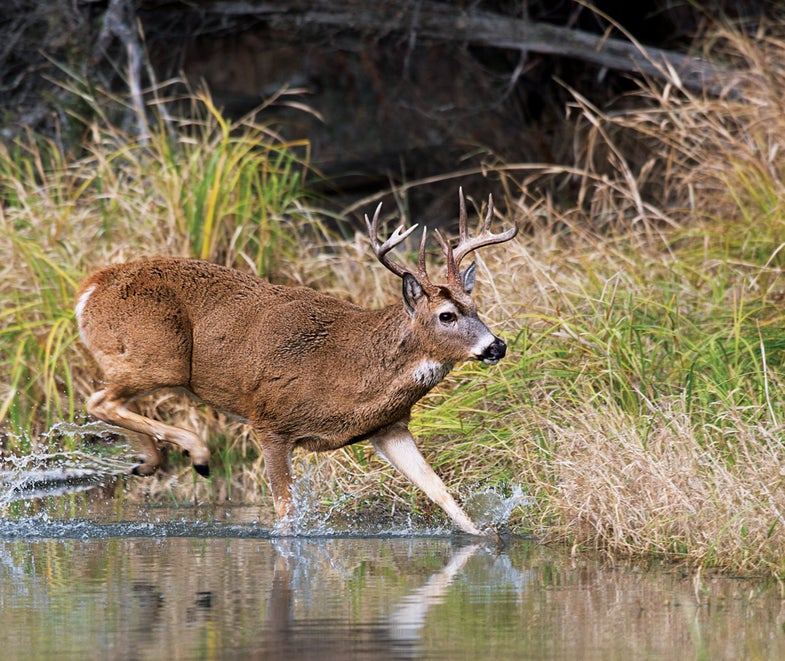 Just like on public land, if you can arrow a trophy buck way back in the big woods, you’re a better hunter than most.

Low deer densities and vast swaths of cover make big-woods bucks notoriously tough to pattern. Wisconsin expert Tom VanDoorn, who ambushes a wilderness giant year after year, says beavers are the key. “If I had to hunt a wilderness area I wasn’t familiar with, the first thing I’d do is get an aerial photo or satellite image and start marking streams and waterways. I’d scout until I found an abandoned beaver pond, and then I’d know I’d hit the jackpot.”

Abandoned beaver ponds create an ideal mix of habitat that big-woods whitetails adore, according to ­VanDoorn. “Of course there’s water, but also thick marsh grasses and sedges grow up on the pond bed, providing cover and food. A buck can feed here, and all it needs to do to hide is lie down.” The opening created by an old pond also makes a great place for bucks to find does during the rut, he notes, and brush grows in as the pond ages, providing even more cover.

Not all abandoned ponds are equal, says VanDoorn, who scouts as many as he can before hunting. “The best are the ones where several habitat types meet. Get one with a clear-cut on one side, a swamp on another, and an oak ridge next to that, for example, and you have a place that attracts big-woods deer from miles away.” Usually there will be rubs and perhaps scrapes along the edge of such a beaver pond, which indicate where to hang a lightweight stand. But if not, VanDoorn looks for a subtle edge that a buck will follow along the pond: a slight dip in the terrain, a line of brush in the timber, a row of conifers that makes the woods feel dark to a buck. “Find one of those,” he says, “and it’s just a matter of waiting for a big one to walk under your stand.”