Breakout Bow Season: Take a Trophy Buck on Public Land … Right Next to the Road

Photo by Lance Krueger Dan Infalt has arrowed more than 20 P&Y bucks on public land. So this Wisconsin expert... 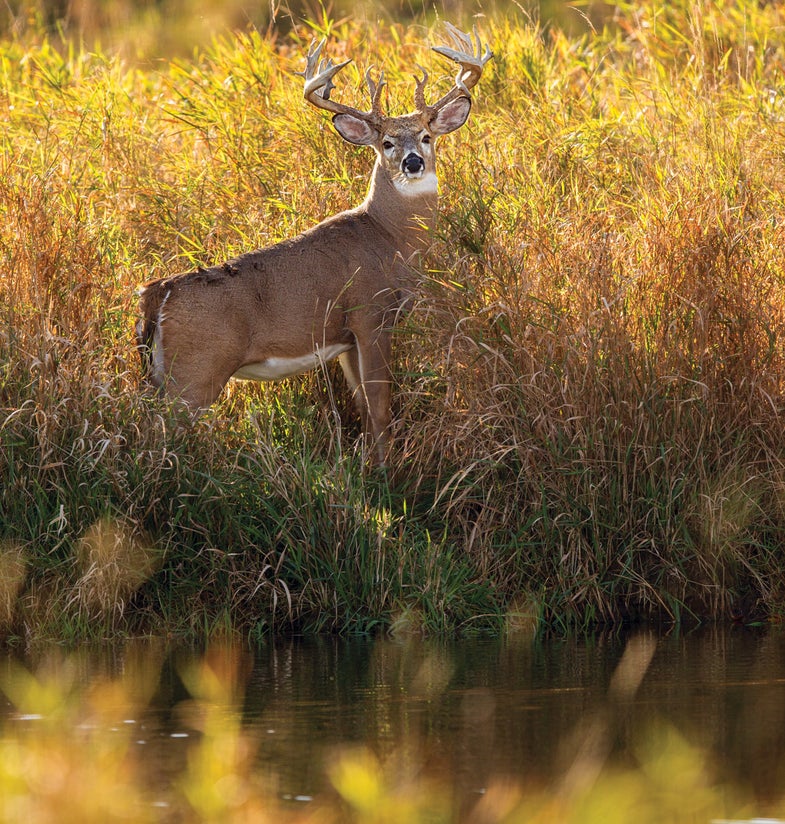 Dan Infalt has arrowed more than 20 P&Y bucks on public land. So this Wisconsin expert must hike farther back than everyone else, right? In fact, one of his favorite spots to hunt is right along the road.

There are two keys, he says, to a public roadside hotspot: (1) no room to park along the shoulder; and (2) water. “I don’t know what it is about water,” says Infalt, “but hunters seem to fear it and deer seem to know that. Any little dry patch that’s thick and surrounded by marsh or standing water is a prime spot for a public-land buck to bed.”

When you find a promising roadside swamp, scout it as far as possible in advance of the season, looking for old rubs, droppings, tracks, and beds to pinpoint a good buck’s lair. As the opener approaches, check for big, fresh tracks that cross the road from the public woods to private feed fields. If possible, try glassing the buck from an observation stand. “It’s often tight quarters between the buck’s bedding area and the road, so precision scouting is critical,” Infalt says.

Once the season starts and the wind is right, reach your spot by having a buddy drop you off or by simply walking down the road. “So I won’t tip anyone off, I’ll drop my hunting gear along the shoulder when there’s no traffic,” Infalt says. “Then I park in the nearest pull-off or lot and walk the rest of the way in plain clothes.” After slipping on his camo and grabbing his gear, Infalt sneaks within 100 yards of the buck’s bedding area and sets up along its travel route. “You usually get only one chance, and you have to get close enough to make it count.”

To avoid being seen by the bedded buck, and because tall trees are often hard to come by in such spots, Infalt typically hangs his stand just high enough to shoot over the cattails and brush. “I shot my biggest bow buck a stone’s throw from a road on the first day I hunted him from the crotch of a willow tree 5 feet off the ground. That buck bottomed out our 300-pound scale field dressed and had 30-inch main beams.”