How to Make Your Own Ultra-Realistic Turkey Decoy

Photo by Ralph Smith The feather detail on commercial turkey decoys has become vastly more realistic in recent years. But... 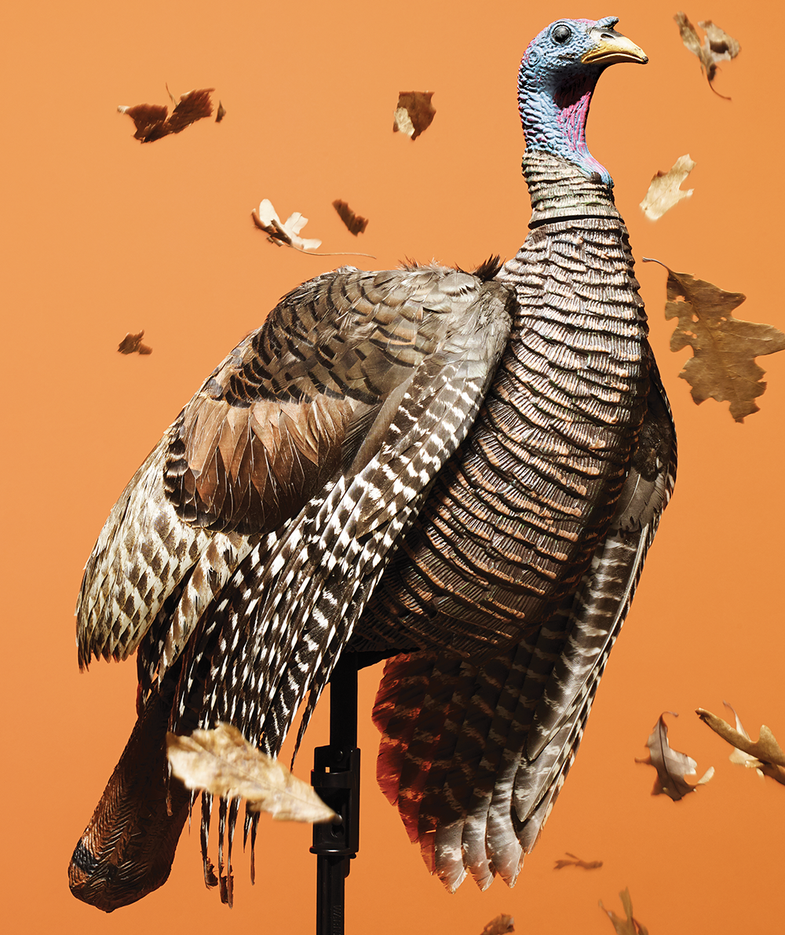 The feather detail on commercial turkey decoys has become vastly more realistic in recent years. But do you know what looks even more real? Real feathers. Fortunately, kicking your plastic hen up a notch with some natural beauty isn’t all that difficult if you’re a good shot.

Bone Dry
After you shoot a nice fall hen, separate the wings from the body at the shoulder joint. Remove as much flesh as possible from the bones, and lay each wing underside up on a flat piece of cardboard. Pour a heavy dose of salt over the clean bones and let them dry for two weeks. For even more realism, dry one wing folded and one slightly extended, as if the contented hen were stretching or preening.

Wing It
Bore two small holes on each side of the decoy where the wing would naturally attach to the body on a live bird. Use a drill for a plastic decoy, an awl for foam. Then secure the dried wings tightly with zip ties for a quick and convincing transformation.

Flap Trap
A dried wing is a useful tool even if you don’t attach it to your decoy. It can be used to make the whop-whop-whop sound of a hen flying down from her roost at first light. Combined with excited clucks and cackles, it creates a killer illusion. Literally.