Photos by Lance Kreuger Ask serious whitetail hunters about their experiences on Halloween, and you’ll get tale after tale of... 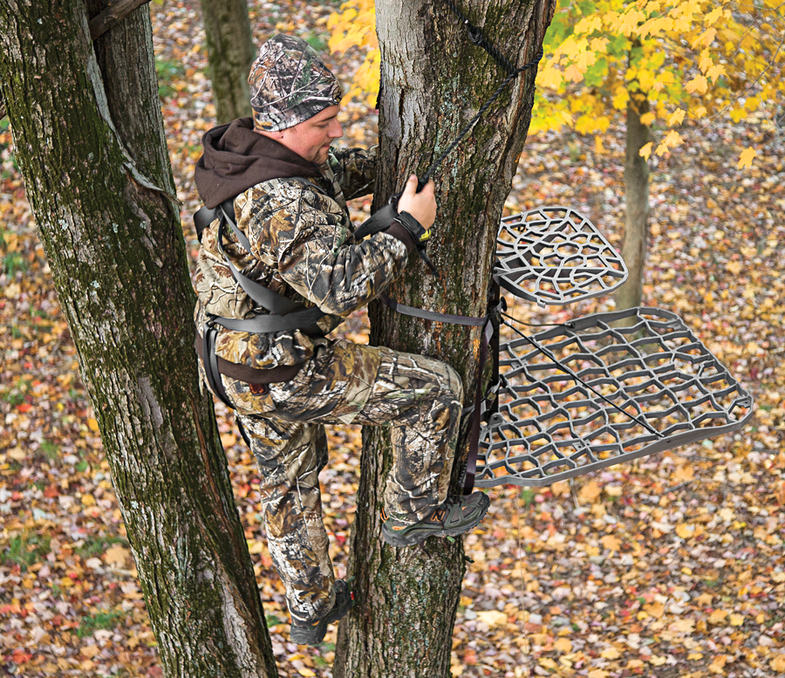 Ask serious whitetail hunters about their experiences on Halloween, and you’ll get tale after tale of encounters with, and shots at, monster deer. There’s just something about the 31st, they’ll tell you. Of course, it’s more than just the day; we’re inching closer to peak breeding, and testosterone is flaring up in bucks today. Add to that the rapidly cooling temps (how many trick-or-treat ventures require a sweatshirt under that superhero costume?) and the moon, which will be rising in early afternoon and visible throughout the rest of the day. Put on that camo costume and get set for a meeting with a Halloween monster that you’d love to be frightened by.

Default plan: Get Aggressive
Invading a buck bedding area is always a crapshoot, but now is the time to gamble, because once serious breeding starts your target buck could be sleeping anywhere. He’ll surely be late getting back to bed today, so if your prior hunting efforts have revealed your buck’s bed site, slip in well before first light and wait. Not sure exactly where your buck sleeps? Mark all your info about him (sightings, trail-cam pics, sign) on a map. The thick cover or ridge end closest to the greatest concentration of sign and sightings should be your target. Be there in a stand long before dawn and wait for him.

If your morning plan doesn’t pan out, go to the passive plan below.

Optional Plan: Be Passive
It may seem wrong not to be aggressive now, considering that bucks are seemingly losing their minds more by the day. But whitetails rarely abandon all caution. If you hunt small woodlots, or are onto a truly mature buck that won’t breed until a hot doe stands right in front of him, here’s what to do today. First, go with an afternoon hunt, to take advantage of that rising moon. Get in the woods about noon, with the three best oak stands on your property logged in to your GPS. Scout them quickly, but be mindful of the wind; you don’t want your scent blowing into bedding areas. Find the oak stand that has the most fresh feeding sign, as well as any rubs and scrapes that indicate an active buck, and if you don’t have a stand with you, zip back to the truck and grab it. Before you shimmy up a tree, doctor the freshest scrape you can find with some buck urine. This will punch your buck’s dominance button and swing him in for a shot. Don’t be afraid to hit your rattling antlers or grunt tube—your buck is probably bedded nearby, and the sounds should coax him in.

X-Factor: Pecking Order
Sometimes the buck you’re after—as big as he may be—is not the dominant buck in your hunting area. Personality, not antler size, usually determines which buck is at the top of the pecking order. Challenging him won’t work if your target animal is not king of the hill. If you suspect he’s not, pattern him by reading his sign (and studying trail-cam pics) and intercept him on his routine, instead of trying to grunt or rattle him in for a shot.