Grunt and Rattle in Cruising Bucks

We’re a handful of days away from the majority of does coming into heat, and there isn’t a buck in... 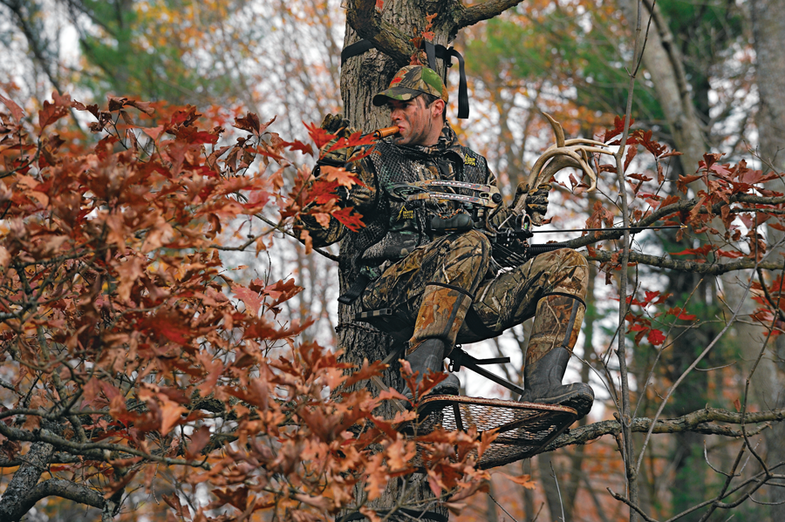 We’re a handful of days away from the majority of does coming into heat, and there isn’t a buck in the herd that doesn’t get this up, down, and sideways. Also, we’ve flipped the calendar to November, which—if you have any fade at all in your camo—you know means the start of all good things in whitetail hunting. So summon all your energy for some hard hunting and hours in the timber. Here are your plans for the day.

There are many places where rattling simply doesn’t work that well, thanks to a skewed doe-buck ratio and a lack of mature animals. If that describes your area, you’ll still be able to tickle antlers and bring in bucks, but you’re better off sticking with grunting and doe bleats. Bring your antlers (I have mine on every hunt), but focus on soft talk. Set your stand in a transition area between bed and feed (if a funnel is there, so much the better), get situated well before first light, and plan to sit until at least noon. When you spot a cruising buck, hit him with grunts and doe bleats. If he doesn’t hear you, tickle the antlers to get his attention, then immediately hit him with a grunt. By midday, if you haven’t tagged out, move to a known major food source for does. The bucks will be there.

On the other hand, if you hunt an area or state where bucks come running to antlers, have at it. Take a good set of rattling antlers or a quality rattling bag to a stand in the middle of a doe bedding area. Bucks are running big right now but not haphazardly—they know where does bed and they’re popping from spot to spot, looking for a female that’s in estrus or nearly so. At this heightened phase of the rut, I like to rattle just at first shooting light, which gives a distant buck a direction to head if he’s alone. As the morning wears on, I’ll rattle once every hour.

If movement remains steady, hang in this bedding-area stand until early afternoon. Have a snack, then move to a major doe feeding area. Stick a buck decoy 10 to 15 yards from your stand. Rattle and call occasionally to attract a buck. When you see one, let the decoy take over. Any buck seeing a rival should drop his guard and come in for a fight.

It never seems to fail—the madness of the first week of November is invariably punctuated with a cold, dreary rain. How to react to it depends largely on its severity. Intermittent light rain or drizzle seems to put bucks on their feet. If you have decent rain gear, it shouldn’t keep you from hunting. But use your head here—would you be able to follow a blood trail under the conditions? If the answer is no, then stay at home and wait for the rain to let up.