Shooting a limit still won’t be easy; these birds have seen it all. But if you use the tips below, you’ll bag more geese when the snow flies. 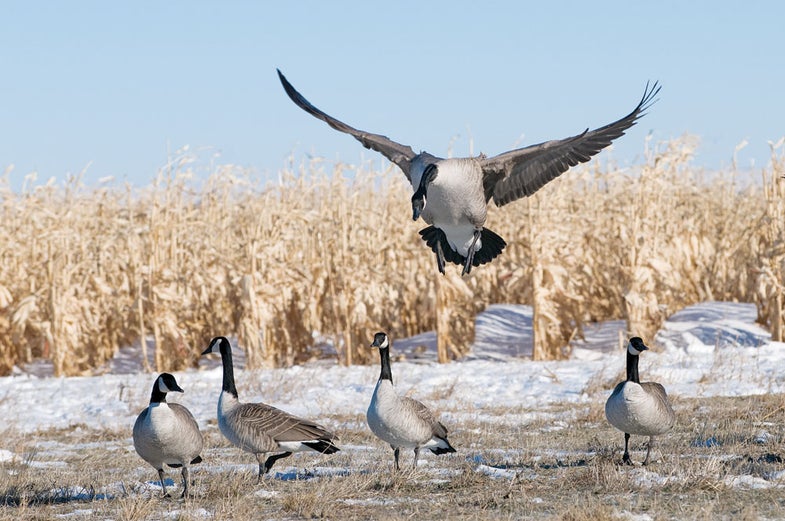 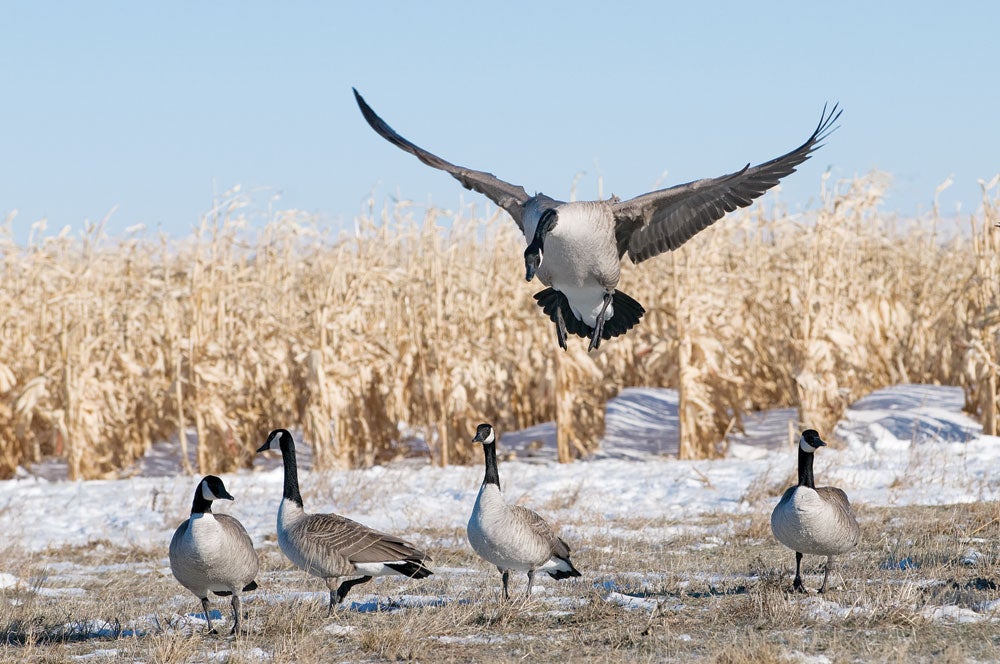 Late-season honkers are always tough to fool, but snow can help ease the challenge. Cold, nasty weather typically makes birds more active through the day, and the newly white landscape makes your decoy spread more visible to far-off flocks. Shooting a limit still won’t be easy; these birds have seen it all. But if you use the tips below, you’ll bag more geese when the snow flies.

1) Move over. Late-season Canadas have flown over lots of hunters’ blinds by now—about 99 percent of them positioned directly upwind of a decoy spread. Change things up by setting a layout blind fashioned with a snow cover off to one side of the spread so approaching birds see nothing but decoys ahead.

2) Cut it back. These birds have also seen their share of large decoy spreads, so downsize your rig. Use only the most realistic decoys you have or can get, and don’t forget to bring and use a black T-flag.

3) Rake them in. Canada geese leave tracks, trails, and depressions in snow-covered fields as they grub for grain and rest, melting the white stuff with their body heat. Simulate this feeding sign in and around your spread by scratching down to bare dirt with a leaf rake. These paths and patches are highly visible from above and grab the attention of far-off flocks.

4) Blow it off. Leaf rake not cutting it? A gas-powered leaf blower can also be used to create the impression that a large flock of honkers is hitting the field you’re in. Make your paths and patches in a random pattern; remember, these are birds walking, not humans clearing the driveway.

5) Cover it up. Tire tracks, boot prints, empty hulls, and bloody snow all serve as warnings to overhead birds. Erase tracks and prints with your rake or leaf blower while uncovering bare ground (as mentioned). Police the spread regularly for empties, and brush new snow over any blood.

6) Call them close. As a general rule, let the geese dictate your calling style and volume. That said, Canadas are often aggressive when it comes to feeding in snow-covered fields. When incoming birds get close, some hard and fast Stay away! clucks and moans will seem realistic and can convince them to commit. As long as you don’t overdo it, geese should drop right into your wheelhouse.