Schooled: Two Giant Late-Season Bucks That Got Away

Some of the season’s best bucks are shot in the late season. But killing a giant now is no cakewalk. After months of hunting pressure, these deer don’t make many mistakes. So it’s also a prime time to get schooled, as these two experts learned the hard way. 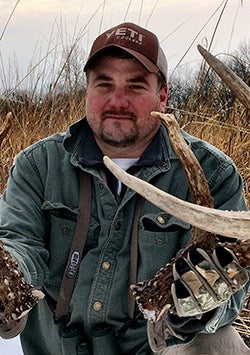 The Hunt
“Last September I got 30 trail-cam pictures of a huge, heavy 8-point. Then he disappeared until November, when I had one photo of him. He was standing behind a doe, in daylight. I camped out on a nearby stand and sat for days without seeing him. Finally a big snowstorm hit, and he walked into a food plot at 60 yards. But I didn’t have a good shot.

“I continued to sit the spot but never saw him again until the third week of January. Again it was bitter cold, and he came to the plot. He was very wary but finally stood at 37 yards, broadside. He spun at the shot, and I hit him on the back edge of the shoulder blade and didn’t recover him. On the last day of the season in early February, he followed six bucks and six does toward the food plot but never got in range. I found his sheds this past spring.” 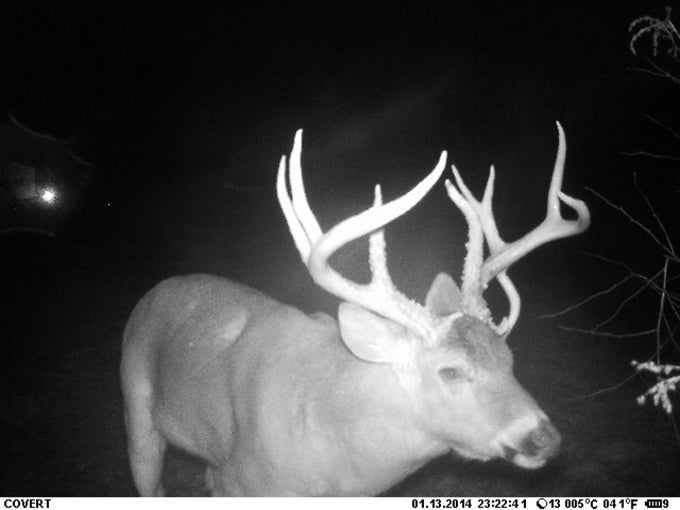 The Hard Lessons
Lucky reminded Hays that some shots are risky, even when they’re well within your effective range. “He was very edgy, and at 37 yards, he had plenty of time to jump the string. Next time, I’ll know better.” Hays also learned that your timing must be exact with some bucks. “I sat that stand at least 50 times and saw him only three.” This buck moved only when cold weather forced him on his feet during daylight. “Knowing that, I won’t burn so much time on him next year. I’ll wait for perfect conditions, and then I’ll hold out for a better shot.” 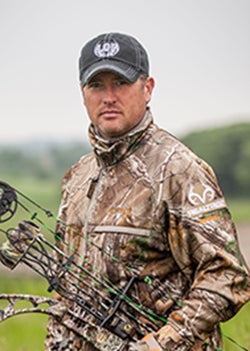 The Hunt
“In 2004, the first year I had the 1,200-acre Kansas farm I hunt now, I saw this buck with a funky 7-point rack. You couldn’t miss him. But the next year he surprised me by getting a lot bigger. I saw him only once when I had a bow in my hand, and he slipped by through some thick cedars. For the next two years he was just invisible. I had pictures but never saw him on the hoof. Finally, when he was 71⁄2, I got my chance during the rut. He passed a stand we call the Super Funnel and stopped in bow range, but there was a limb in the way so I couldn’t shoot. Just as he stepped out in my lane, the wind swirled, he caught my scent, and he was gone. He disappeared completely as an
8-year-old.” 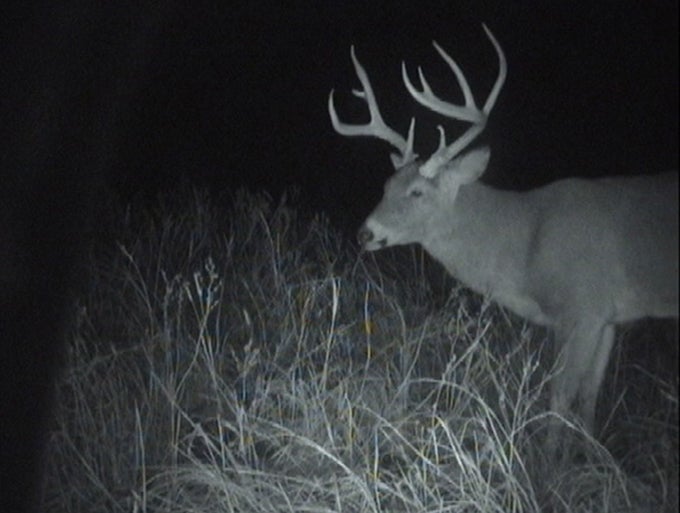 The Hard Lessons
Ward learned that your stand has to be perfectly located for hunting mature whitetails. “The next fall, my buddy Eric and I moved that stand more than once based on deer movement, shooting lanes, and to take better advantage of the prevailing wind,” he says. “I try to learn from my mistakes, pay attention to deer, and tweak sets until they’re as dialed in as they can possibly be. Eventually, we got the stand in the perfect spot, with plenty of shooting lanes, and a true wind. And all that tweaking paid off that fall. I didn’t get the Big 7, but my buddy Eric did from that very stand, after we’d hunted him for the better part of six years.”