Whitetails: Two Types of Scrapes You Should Be Hunting Now

You’ve heard again and again that bucks abandon scrapes and scrape lines once the breeding season kicks into full swing. That’s largely true. But there are two exceptions that can help put a rutting buck in your bow sights now. 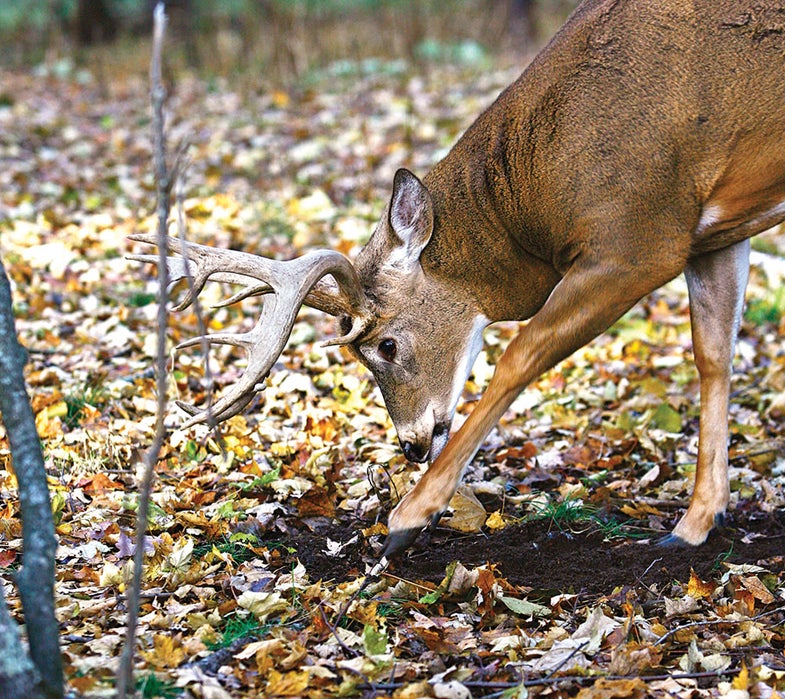 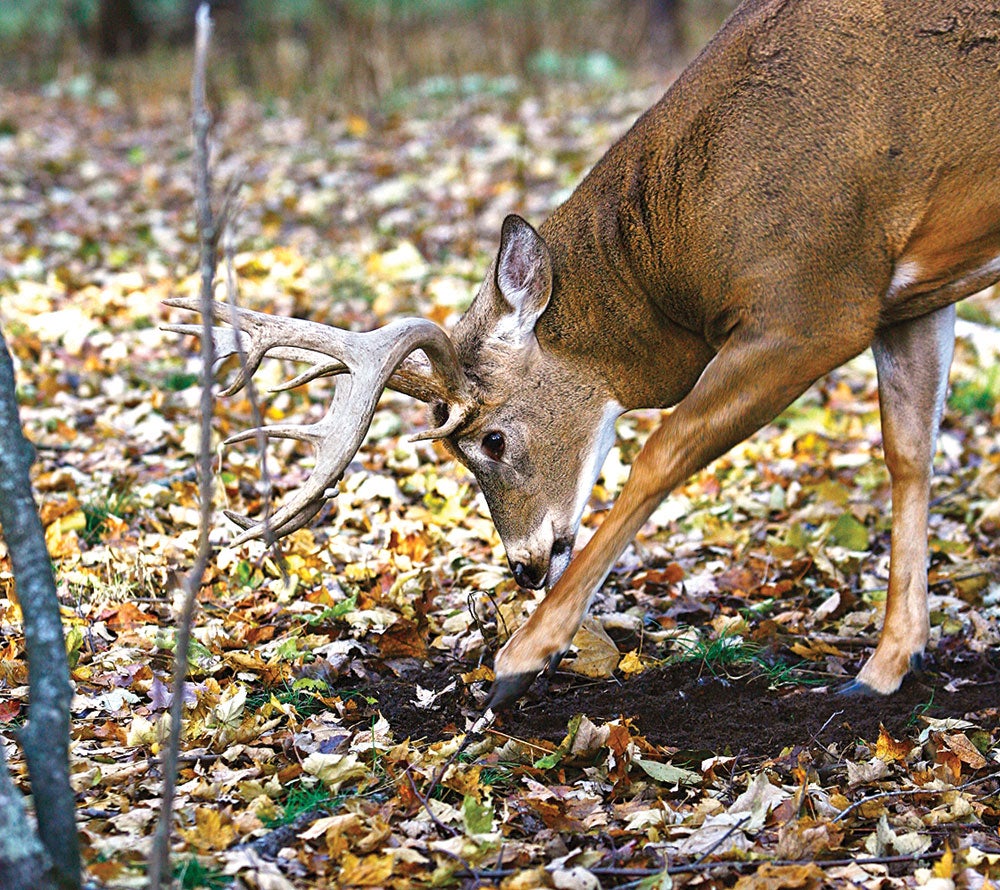 Photo by Lance Krueger
You’ve heard again and again that bucks abandon scrapes and scrape lines once the breeding season kicks into full swing. That’s largely true. But there are two exceptions that can help put a rutting buck in your bow sights now. They are:

1. Core-Area Scrapes
Core-area scrapes, the ones typically opened during the pre-rut where a given buck spends most of his non­rutting time, are largely abandoned now. But even at the peak of the rut, that buck will make regular return visits to his core area—and may freshen one or more of those scrapes.

2. New Doe-Area Scrapes
Rutting bucks will open new scrapes just off prime doe feeding and bedding areas. Although this sign may be active only for a short time, it can draw visits from multiple bucks when one of the members of a doe family group is nearing or in estrus.

Right now you’re apt to be hunting near doe areas anyway. So just remember to keep an eye out for hot scrapes—don’t assume bucks aren’t making them. As for core areas, use trail cameras or speed-scout at midday to check for freshened scrapes. With bucks preoccupied with does and moving unpredictably, you can get away with more intrusions now—and hunting that fresh sign as soon as you find it can really pay off. Just a few years ago, during the peak of the rut, I watched a 140-class 9-pointer freshen a scrape in his core area about a minute before I put an arrow through him. And last fall another core-area scrape freshened immediately after a rain helped put me onto a 170-class 10-pointer. That I had him within 20 yards and couldn’t get an arrow into him will haunt me forever. Still, the dirt he pawed told me he was visiting his core area regularly—and using a certain route to do so—smack in the middle of the rut.