Winter bucks vanishing into cold, thin air? Our expert has the remedy 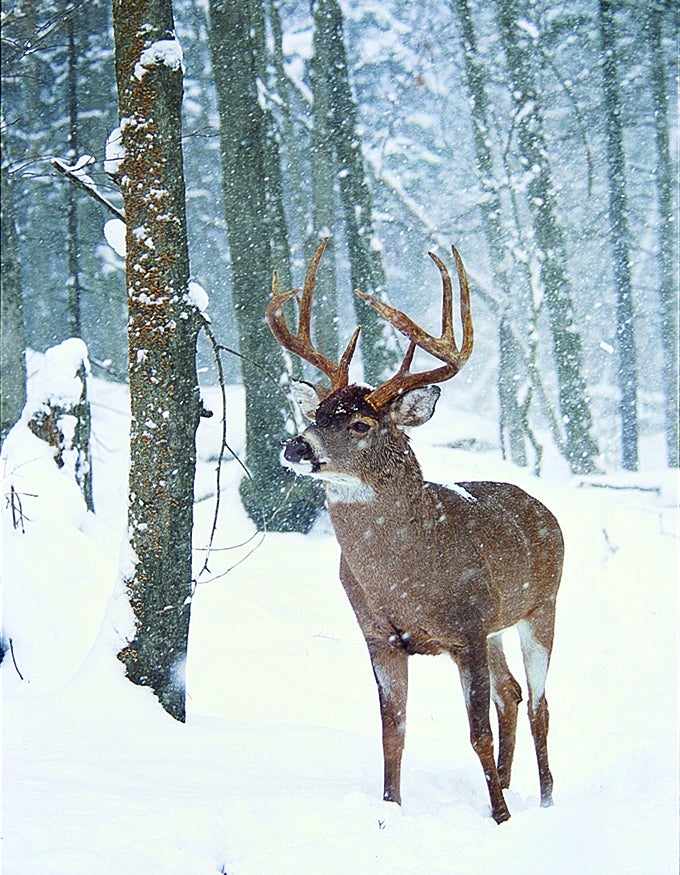 The Symptoms
Despite unusually cold weather, excitement was running high when everyone arrived at camp for the traditional late-season hunt. The guys bundled up and headed to their usual morning and evening posts. But enthusiasm waned after the first couple of days, as few reports of deer sightings came in. Today’s lunch was more like a midday grumbling session, and only the diehards are going out
this evening.

The Diagnosis: In-Out Syndrome
Common during harsh or unusually cold weather, In-Out syndrome presents itself in one of two ways. Either the hunters are in camp when the deer are out and about; or the hunters are in their stands when they should be out of them, still-­hunting or staging small drives.

By nature, deer are primarily crepuscular (moving in the mornings and evenings), but weather patterns can influence their activity. Numerous radiotelemetry studies and the recent development of GPS tracking collars have improved our understanding of weather’s influence on deer behavior. According to Larry Marchinton, professor emeritus at the University of Georgia and the first biologist to use radiotelemetry to track whitetail deer, “On a very cold winter day, [deer] are more likely to move about during the warmest time, when the sun is high. If the temperature plunges, deer may become completely inactive, and only when the thermometer rises again will they emerge from the thick evergreens that provide some shelter from the cold and winds.”

Marchinton also reports: “Light winds have little effect, but deer are less active if the wind is strong and gusty.… Whereas deer typically bed down in midday, on drizzly days they are just as likely to be active in late morning and afternoon. However, heavy rain will keep them in their beds.”

Other researchers have found that heavy snows will push northern deer to conifer cover, which intercepts some snow and offers better thermal conditions. These deer, however, may congregate on south-facing slopes when conditions moderate, particularly on sunny days.

The Remedy: Adapt to the Conditions
Heading to your “usual morning and evening posts” is exactly the wrong thing to do. In fact, you should probably abandon stand hunting altogether in the early morning. With unusually cold conditions—as well as during stiff cold winds or heavy rain—you need to go to the deer. Try stalking slowly through areas of dense (particularly evergreen) cover. If stalking conditions are poor, try some small drives to get inactive deer on their feet.

If heavy rains turn to drizzle, or frigid temps warm at midday, leave the La-Z-Boy and hit the woods. If you have snow cover, glass sunny south-facing slopes for deer and use the terrain to close the distance. Otherwise, take a stand on an oak ridge or other preferred feeding area. Instead of a midday grumbling session, you could wind up with a late lunch of venison.