Tips from the Guides: Perfect the Ridgetop Still-Hunt

The Guide: Ben Reynolds BBT Outfitters, West Baden Springs, Ind. His Secret: “Everything you need to know to kill even... 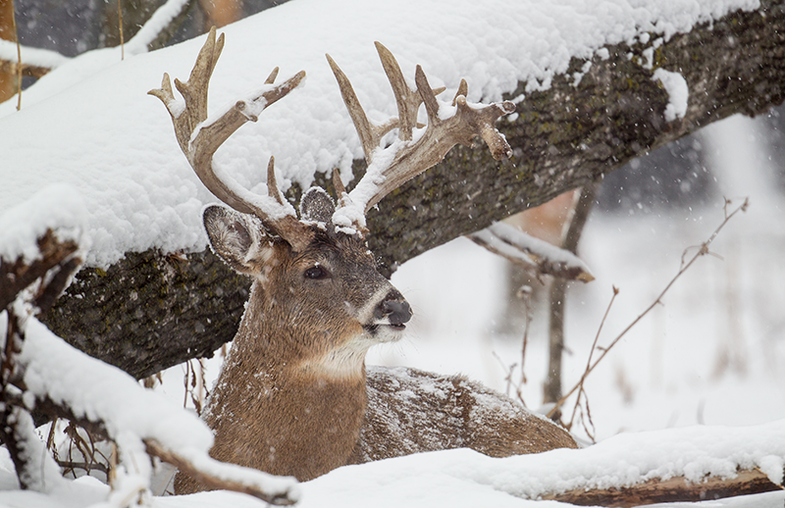 His Secret:
“Everything you need to know to kill even a tough late-season buck you can learn by squirrel hunting.”

Virtually all of Ben Reynolds’s clients sit in stands or blinds that he sets up near food sources or in funnels. Yet he’s never hunted from a stand. “When I hunt for myself, I still-hunt deer the same way Dad taught me to hunt for squirrels—slipping quietly through the woods, taking a few steps, stopping for long periods, and always scanning ahead.”

One of his favorite ways to do this in the late season, when there’s good visibility, is to slip along just off the top of a hardwood ridge with the wind in or across his face. Bucks love to bed on little benches and spurs near the top third of the hillside, typically facing downhill to scan the valley below. “If I’m careful and keep glassing just below me,” Reynolds says, “I’ll eventually spot one that has no clue I’m there.”

Reynolds’s default still-hunting cadence is to take three to five slow steps and then stop for at least as long as it took to go that far. But he lets terrain and cover dictate his pace. “Where the cover is open and the terrain uniform, I can speed up some. But if there are lots of potential bedding sites—dips, crags, blowdowns, or other thick cover—I slow way down. And I’m not afraid to sit down for 10 minutes or more to really pick things apart.”

It can take a lot of patience, but it works, says Reynolds—and when you kill a buck this way, he adds, you won’t want to go back to sitting in a treestand.