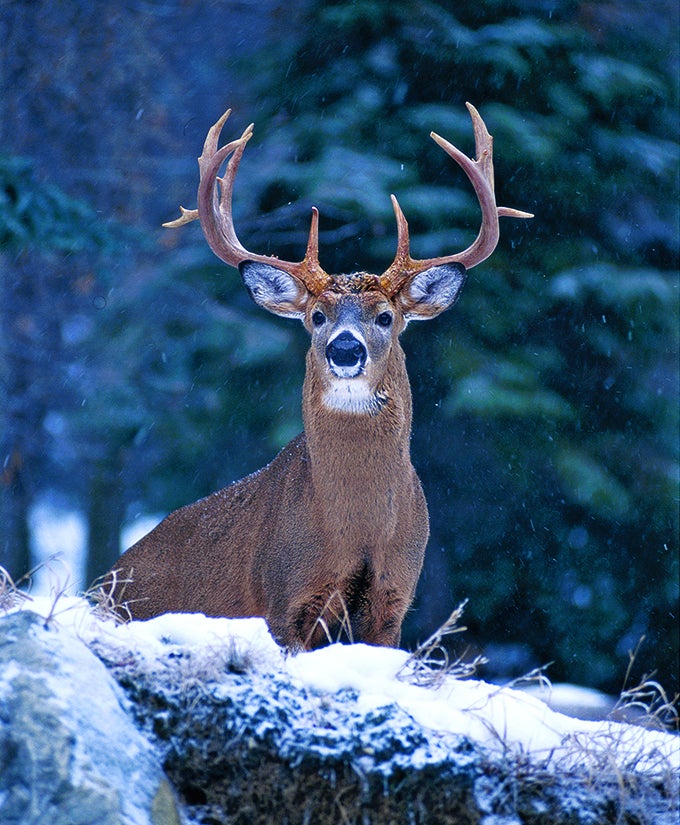 It’s never too early to come up with a late-season gameplan.

You’ve located the late-season food source in your area—a just-cut cornfield where deer are piling in night after night. Filling your tag should be a no-brainer, right? “Not if you’re after a trophy buck,” says veteran Kentucky guide Patrick Willis of Buck Country Outfitters. “There are always great whitetails still alive here during the post-rut, but these mature bucks don’t act like other deer, and killing one is rarely easy—even on a hogged-up, late-season food source.” So how do you score? Let Willis teach you.

Assignment #1: Find Your Trophy
First verify that a bruiser is visiting the feeding area, and learn how he approaches. A big buck rarely follows the crowd, Willis says. “Unless he’s on an estrous doe, he isn’t going to take that cattle-path trail to the feed. Instead, he’ll follow a side trail, away from other deer.” Ideally, Willis will stay back and glass to catch the buck entering. Otherwise, he’ll hit the field at midday to search for big tracks. “My goal is to learn generally how he approaches. I don’t count on big deer taking the same path every time.”

Assignment #2: Wait for Weather
“In my experience, mature, late-season bucks just don’t feed as much as other deer,” says Willis. Your odds of seeing one during shooting hours on any given evening can be quite low. But they go up considerably, he explains, if you wait for the right weather conditions. “I like a northwest wind, a rising barometer, and a crystal-clear day when I know the temps are going to drop like a rock at night.” You may not have the luxury of waiting for this exact scenario. But if you get it—or something close to it—drop everything else and head for the field.

The Final Exam: Get the Shot
At the feeding area, Willis quietly hangs a tree stand downwind of the buck’s most likely approach. If he’s using a gun, he rattles and calls. If bowhunting, he stakes out a buck decoy. “Not knowing exactly where the buck will enter, I want to be able to pull him toward me, and I believe aggressive tactics can be more effective now than most guys think.” 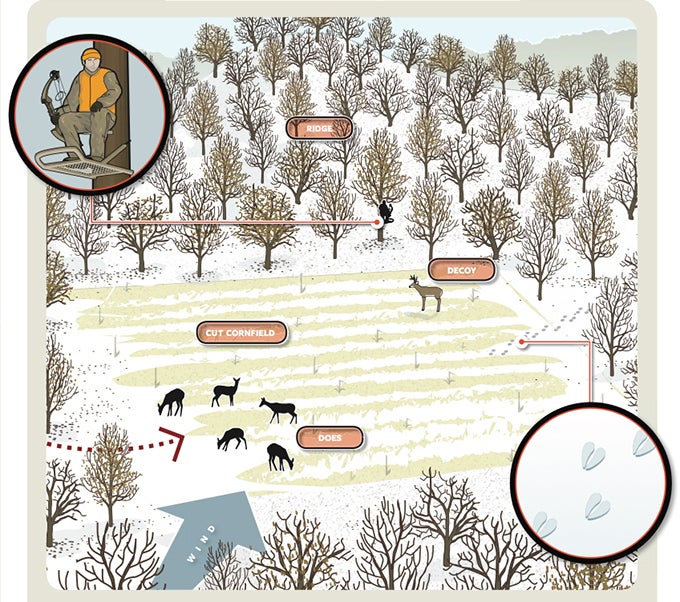 As long as a buck is in hard antler, he’s interested in breeding and therefore willing to assert his dominance over other bucks, Willis explains. “Also, bucks forced to feed together revive their pecking-order games. Some actually begin re-forming bachelor groups, and others leave their home ranges to gather at prime food sources with other unknown bucks. This puts those deer in close contact, and they test each other out.”

Keep in mind that thin winter air carries sound and scent well, Willis warns, so steer clear of bedding areas on your way in. And if you’re setting up a decoy, put it in plain sight, within easy bow range and facing your stand. “Any dominant buck is going to approach that decoy head-on to intimidate it, and somewhere in that process he’s going to turn and give you a shot.”