This hunter kills giant bucks after a full night's sleep. Here's why 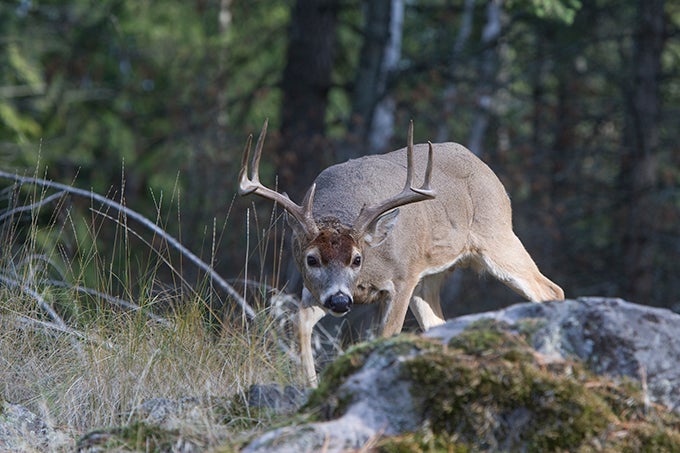 You’ve probably heard that midday hunting can be good during the rut, but whitetail fanatic Pat Hailstones of Cincinnati, Ohio, takes it a step further: “Hunting early and late in the day is practically a waste of time now,” he says. “I see plenty of little bucks then, but not the big boys. When the rut kicks into high gear, I sleep in.”

Most of his numerous Pope and Young whitetails, including a pair of Booners, have fallen between 10 a.m. and 2 p.m.—one after Hailstones made a long drive home to Ohio from a bass tournament in Virginia. He pulled into his driveway at 11 a.m., did a Superman quick-change into his camo, raced to a treestand, and dropped a 135-inch 8-pointer at 1 p.m.

What makes Hailstones convinced that midday is the best time to see big rutting bucks are his own two eyes. “In 30 years of hunting, I’ve seen the same thing in every state I’ve hunted, including Ohio, Illinois, Kentucky, Missouri, and Kansas,” he says. “Trophy bucks don’t run helter-skelter early and late in the day like younger bucks do. The does are moving then, which makes them harder for bucks to find. The bigger, smarter bucks wait for does to lie down—then they rise and circle downwind of bedding areas to scent-check for estrous does.”

But timing is key. “The best time to take a midday buck is the very peak of the rut, which starts around November 5 in the Midwest and lasts about a week,” says Hailstones. If he fails to take a buck during this period, he hunts the midday hours for another week. Although buck sightings diminish then, there’s still a good chance of catching one on the move.

Hailstones intercepts midday bucks by setting stands along funnels that connect doe bedding areas. To prevent the bucks from getting wise to his setups, he doesn’t go near these stands until the breeding season begins. “Even at the peak of the rut, there will be days when you don’t see anything at midday,” Hailstones says. “But when a buck does come by your stand, it’s going to be a good one.”