How to Shoot a Rifle Offhand

Shooting from your hind legs like a man (or a woman, or whatever makes your heart happy) is by far the most difficult of all the positions. 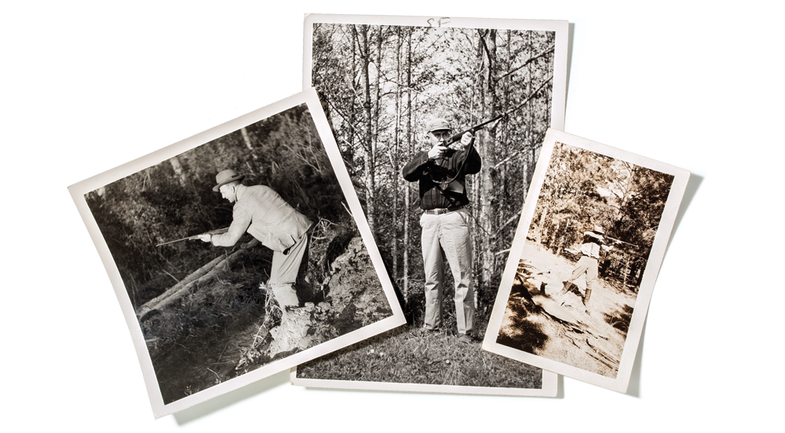 Beliefs that my generation held as sacred are now null and void. If Capt. John Paul Jones were asked to surrender today, he would not answer “I have not yet begun to fight” but “Let’s work this out. Violence is never the answer, and all these dead bodies in the ocean are an environmental hazard.”

Also, we can’t seem to shoot offhand anymore. We no longer walk; we sit. And thanks to the current long-range craze, the idea of sneaking to get a closer shot at something is as alien as going afield without four electronic devices that you consult every two and a half minutes.

Stand and Deliver
Shooting from your hind legs like a man (or a woman, or whatever makes your heart happy) is by far the most difficult of all the positions. It requires exponentially more practice than any other simply to be competent, never mind good. And it is still absolutely necessary to master, unless you enjoy papering the walls of your home with unpunched licenses.

Offhand, Easily, Sort Of
The secret to shooting offhand is to accept that no one can hold a rifle steady while perched on his hind legs. No one. So don’t try to eliminate muzzle movement; instead, control it. Develop the finesse to make the end of the barrel move in a circle and to make that circle smaller and smaller as you aim. Then, the instant the crosshairs are on any part of the bull’s-eye, pull the trigger. Crude as this approach may seem, a great many of your shots will land in the center of the bull anyway.

The other thing you must do is shoot fast—because bucks won’t stand around waiting for you. An aimed offhand shot should take you no more than five seconds, and three is better. The longer you wait, the more likely you’ll screw up.

The Range Regimen
Here’s how to practice shooting offhand: Get a .22 rifle, as close a match to your centerfire as possible. Get as much ammo as you can buy, beg, or extort. Get a package of 100 NRA A-17 paper targets, each of which has 11 black bull’s-eyes about the size of a silver dollar.

Set your scope at 4X and start from 20 feet. Shoot strings of five rounds per bull; a hit anywhere in the black counts. Zero hits through two is pathetic; three is so-so; four is not bad at all; and five is outstanding. Your initial efforts are likely to be so bad that you will go into shock and require hospitalization.

As you improve, move back to 25 yards. Once you are shooting mostly fours and fives, switch to your centerfire rifle, and shoot from 100 yards at an NRA 50-yard pistol target with an 8-inch bull. Shoot no more than 20 rounds per session, and try to get all of them in the black. Very few shooters can do this; if you can get 18 or 19 into the 10-ring, you’ve done very well.

Finally, remember two things: First, practicing offhand is logistically easier, cheaper, and more valuable to real hunters than practicing at long range will ever be. So there’s no excuse not to do it. Second, shooting is a sport of muscle memory, repp­titian, and concentration, so shoot lots. And good luck getting the .22 ammo.