The Outdoorsman’s Guide to Social Media

Photos by Travis Rathbone This social media thing, it’s no fad. Nor is it merely a way for millennials to... 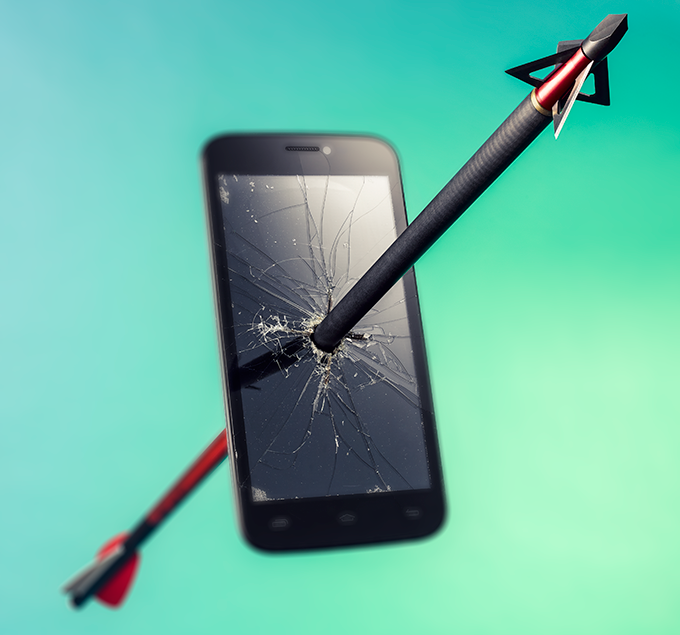 This social media thing, it’s no fad. Nor is it merely a way for millennials to tell you what they’re doing 24/7. From battling antis to busting poachers, social media has tremendous potential as a tool to promote and protect the outdoors. It’s also a fun place to rib your hunting and fishing buddies. But there’s an ugly side to the Twittersphere, too. Posting the wrong thing is one of the fastest ways to be labeled an idiot, a jerk, or a crafty combination of the two. In our guide, you’ll learn how not to be that guy, plus get a few tips on how to navigate this always-connected world.

Kill an Anti Troll
Last summer, Kendall Jones, a 19-year-old Texas cheerleader, was threatened by animal-rights activists after she posted safari photos to her Facebook page. This wasn’t a unique situation, and it won’t be the last of its kind. When antis attack a hunter, show your support—but in the right way. Posting a picture of a dead deer tagged #SuckItPETA, for example, doesn’t help. Instead, share the facts, because the antis hate them. Pittman-Robertson and the Federal Duck Stamp, for example, were our ideas, and have done more to benefit North American wildlife than any program in history. If that doesn’t work, be the bigger person and walk away. Pretty soon the trolls will crawl back into their caves.

Support a Cause
Facebook is much more than a dumping ground for camo selfies, big-fish photos, and hunting videos. Ducks Unlimited, the National Wild Turkey Federation, the Rocky Mountain Elk Foundation, and many other conservation groups all use it and other social media outlets as a resource to communicate with outdoorsmen and to generate funding for their conservation initiatives. DU raised several hundred thousand dollars on Facebook alone last year. More “likes” for these pages mean more support for the cause. And as the North American Model of Wildlife Conservation has proven, strength in numbers is a powerful thing.

Report a Poacher
You wouldn’t think a hunter could be so dumb as to post a poached-deer photo on Facebook, but then you wouldn’t think a cheating husband would post a picture of himself on the beach with his mistress, either. Gary Young, a special agent in charge for Region 1 of the U.S. Fish and Wildlife Service, says pictures are the next best thing to discovering a poacher in actual possession of illegal game or fish. “Social media is playing an increasingly important role in our job,” Young says. Most states have toll-free lines and e-mail addresses set up for reporting wildlife violations confidentially. If you see something suspicious on Facebook or anywhere else online, report it. Simple as that.

What kind of social media outdoorsman are you?
(click here for a larger chart)

The Anti-socialist
We get it: Social media isn’t for you. At best, you have a Facebook account that you haven’t updated since the day your kid set it up for you. If a friend kills a buck, you’d rather congratulate him on the phone than click a “like” button.

The Buddy
You don’t troll (except for fish). You don’t write in hashtags. Best of all, you don’t post all day long and you’re supportive of other outdoorsmen on social media. In other words, you’re the kind of guy anyone would welcome at camp.

The Addict
It’s all about likes, followers, and hashtags for you. Sunrise photo of the farm pond? Break out the X-Pro II filter! Psyched for opening day? #HellYeah! Do yourself (and us all) a favor: Put down the phone and pick up a rod.

The High-fence Heckler
You’re a camo-clad troll, who won’t rest until the whole world knows: (1) You would’ve killed an even bigger buck if you had access to the same “high-fence” spot. (2) You should be the one with the sponsorships and TV show.

The Post Game
@EvaShockey shares tips on how to stay classy on social media.

I haven’t always liked social media, but I’ve embraced it because it’s such a powerful tool. I figure if one shared photo from a hunt, or of a family dinner of caribou ribs, inspires a few more girls to try hunting or changes the mind of one antihunter, then any other hassles are worth it.

When a female hunter posts a photo of her buck on Facebook, you can expect as many comments about what she looks like as about how big the buck is. I don’t take that stuff too seriously, and I don’t know any girls who are impressed by vulgar comments on Facebook. I’m certainly not.

If you’ve shot an animal and are proud of it, go ahead and post a photo. But posting one for shock value is never a good idea.

The worst part about social media? Seeing hunters attack one another. Often one hunter decides he or she is superior to another hunter, and then takes that message public. Fights like that happen every day, and for what? We have too many real enemies out there—like the antihunters who send my family death threats and razor blades in the mail—to be fighting one another.

The best part? How social media lets me connect with hunters from all around the world who I wouldn’t otherwise get to meet. It’s like having 700,000 friends who share my passion for the outdoors.