What You Learn When You Survive A Bear Attack

Nature can be an extremely worthy opponent, no matter how many advances we make as humans. Particularly in Alaska, where... 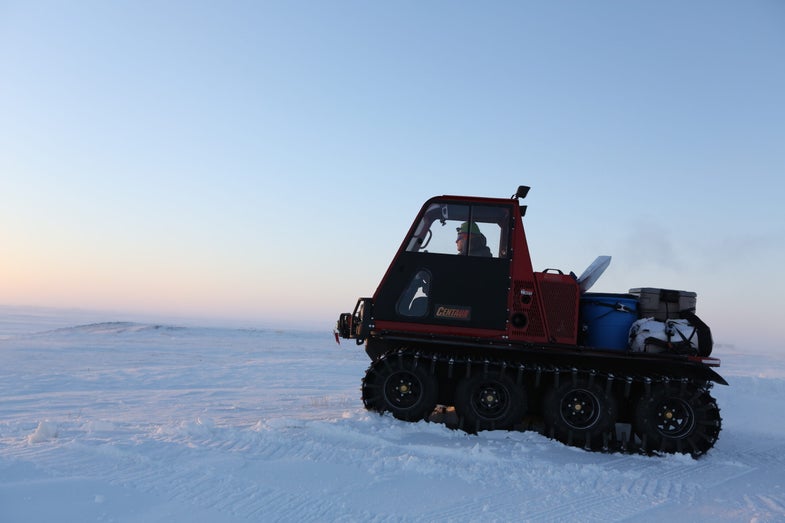 Nature can be an extremely worthy opponent, no matter how many advances we make as humans. Particularly in Alaska, where the winters are incredibly dangerous, nature can conjure very harsh surroundings that include below freezing temperatures, heavy snow, and of course, life-threatening animals such as grizzly bears.

Sue Aikens, a resident on the National Geographic Channel series Life Below Zero, was left for dead after a vicious attack by a grizzly bear. She had to sew her own head and arm together, and before her hips popped out, she went across the river, found the bear, shot him, called the trooper, and then laid there for 10 days. Sue survived the attack, but not without a few wisdoms she acquired from her near death experience.

Living 500 miles from the nearest city, and 80 miles from the closest road, Sue recognizes that she resides in bear territory, not vice versa. Although she believes that the Alaskan animals are her friends, she is clearly aware that there isn’t much help available if something dangerous were to occur, as evidenced by her previous bear attack. About three hundred miles away from where Sue resides is a search and rescue, which she called after the grizzly bear left her for dead. She called, but not one person came. While lying there for 10 days, Sue realized that she is not invincible and has to be prepared being comfortable with her own death, especially in a place like Alaska in the harsh, remote winters.

Although Sue Aikens has acquired survival wisdom during her 30 years in Alaska, the extreme conditions in this harsh landscape can be incredibly unceasing and unpredictable. There is no time left for the seven Life Below Zero residents to prepare for the perpetual below freezing temperatures, extreme winds, and dangerous wildlife. All they can do now is survive.

Watch Sue, as well as six other Alaskan residents, on the third season of Life Below Zero, returning Thursday, April 9th at 9PM on the National Geographic Channel.