Driven to Hunt: 6 Stories of Perseverance, Grit, and Epic Toughness

Do you welcome grueling tasks? Can you suffer pain without whining? Do you get the job done in the end? Then maybe, just maybe, you’re as tough as these hunters 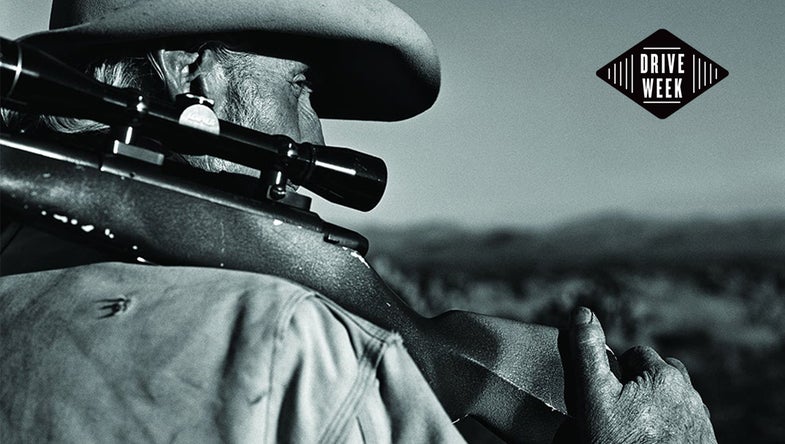 You don't have to look this weathered to be tough, but it doesn't hurt.
SHARE

Toughness comes in different forms. Ms. Amanda Nunes of the UFC represents one type; I wouldn’t fight Ms. Nunes if they let me use a gun. But that’s not what I’m talking about here.

As I acquired experience as a hunter, I began to see that not only were you expected to be observant, persistent, able to control your seething emotions, and possessed of a whole slew of arcane skills, but you were also expected to be tough. The fact is usually made clear by example. Here are six.

The simplest form of toughness is physical. In 2006 I hunted Alaska moose with a lodge owner named Charles Allen and a Canadian guide named James Minnery. Charles was in his mid 50s at the time; I was in my mid 60s; and we faced a difficult hunt in ­sucking-​bog country. We wore chest waders because we were in water from our ankles to our necks all day long, and because James was only 30, we let him do all the hard work.

James was 6 feet tall and 180 pounds, and the damnedest combination of strength and endurance I’ve ever seen personally. Did we need our skiff pulled off a sandbar? James got into the water and gave a great heave, and off we went. Did we need someone to climb 50 feet up a pine tree a dozen times a day and look for moose? James was our boy. Did we need someone to lug the heavy pack, the 50-pounder? Here you go, James. And he did it all with no effort. Charles just shrugged and said, “James is an animal.”

On the last day of the hunt, when I had finally shot a moose, James carried 70 pounds of meat through a mile of knee-deep mud so gluey that I didn’t think I would make it out alive, and all I carried was my rifle. You had to pull one leg free, throw it ahead of you, and then wrestle the other leg out of the muck, by which time the first leg was stuck again. James went by me like a freight train and was not even breathing hard when we finished our death march. I was breathing plenty hard.

In Canada, I hunted caribou with a Montagnais Indian named Maurice Boisvin. Maurice had learned to use a tumpline pack when he was 10 years old and could carry the boned meat from a caribou as well as the head and antlers and assorted camp gear, a load that probably went 150 pounds. Using just the headstrap, hands on the shoulder straps for balance, he would go skipping o’er bog and tundra at a pace you could not equal.

I once put on his pack and found that I could stand, but I could not move. You could have dropped a venomous serpent into my boot, and I would not have gone anywhere.

Maurice had a brother named Henri who was lean and rangy and who, on a bet, shouldered a pack loaded with the meat of two caribou that scaled something like 350 pounds, and walked away with it for 100 yards.

Maurice and Henri were tough.

Sometimes tough means being able to take it. I hunted Cape buffalo in Zimbabwe in 2005 with a friend named John Torborg, who is about my age and wasn’t in the best of health at the time. Collecting a Cape buffalo often involves running, trotting, walking, crawling, and standing motionless for long, painful stretches. You do all this from sunup to sundown. It can be a very good workout for someone who is young and in shape, never mind for a man in late middle age.

I noticed that John was limping but wrote it off to general infirmity until we got back to our hut at dark. He took off his boot and presented a big toe that was swollen to the size of a woman’s fist and a livid red, highlighted with streaks of purple and blue. How he managed to stand on the dreadful digit, much less put in a full day at the Buffalo Olympics, was beyond me. He never said another word about it.

In Botswana, for reasons too sordid to go into, I put a curse on a knife and loaned it to a tracker named Tlaki, who proceeded to nearly sever the first joint of the middle finger on his left hand. Tlaki stood up with his finger pumping blood, its tip hanging on by a shred of skin.

All he said was “Oh,” in a tone you or I would use on acquiring a splinter. The PH drove Tlaki many miles to a missionary clinic where the fingertip was sewn back on. He, too, never said another word.

In Zambia, I hunted with a PH named John Knowles whose head tracker was named Shemu. On a previous hunt, Knowles’s client had killed a magnificent lion, but after skinning it they found that Knowles’s Land Rover wouldn’t start, and that they would have to walk back to camp, a 25-mile trek. If they left the lion head and cape, hyenas would tear it to pieces, so the client asked Shemu if he could carry the bloody burden. Shemu said yes, he could. A good-size male lion weighs 450 pounds. Let’s say that the raw head and hide weighed 100 pounds and change. That is what Shemu threw on his back and somehow carried all the way to camp, where he became a very well-to-do tracker.

Sometimes, toughness by itself is useless. Once upon a time in Montana, I knew a young man whom I shall call Percy, because damned few Montanans are named Percy. Percy was then in his late teens and possessed of unlimited energy. He had a cast-iron heart, bronze lungs, and legs of whalebone and spring steel. He could traverse mountains like they didn’t exist. If you needed someone to run 15 miles through fallen timber in hip-deep snow, Percy could.

But when he came upon a deer or an elk, his whole nervous system rebelled. It was as though he was jabbed with a cattle prod. Usually, he’d drop his rifle, search for it frantically, spend a couple of minutes clearing the snow off the scope and out of the bore, and then, if whatever he was trying to shoot had not cleared out, he’d yank the trigger and miss, because he was also a lousy shot.

Percy was tough, but it didn’t help him much.

Other times, toughness is precisely what gets it done. In South Carolina there lives a fellow named ­Cecil, although that is not his real name, and when I hunted with him he was one of those young men who make you wonder how the North ever won the War of Southern Overreach. He was tough. Hoo boy, was he tough, and strong as an ox, to boot.

Cecil was a bowhunter, and one day he was waiting on a big platform stand when he saw antlers begin to emerge from below him. They were very good antlers, undoubtedly attached to a very good deer. So Cecil did the smart thing; he came to full draw and waited, because those deer are clued in about stands, and about what happens to whitetails that don’t pay attention to sounds and movements above them.

But the deer did not take the next step. And up above, bow at full draw, Cecil began to shake and tremble from the effort. When it seemed that Cecil could not last another second, the deer finally stepped into the open. But just as he was about to shoot, Cecil noticed with horror that there was a second, much bigger buck under the stand, weighing whether to follow the first.

Now in greater agony than Lee at Appomattox, Cecil held his draw, breath wheezing, muscles shaking as with the ague. Finally the second deer moved, the arrow flew, and the shot was good. And then Cecil did the only thing he was able to do after suffering so hard for so long—he had himself a good cry.

But he was still tough.