Suppressors: Time to Save Your Hearing and Quiet the Naysayers 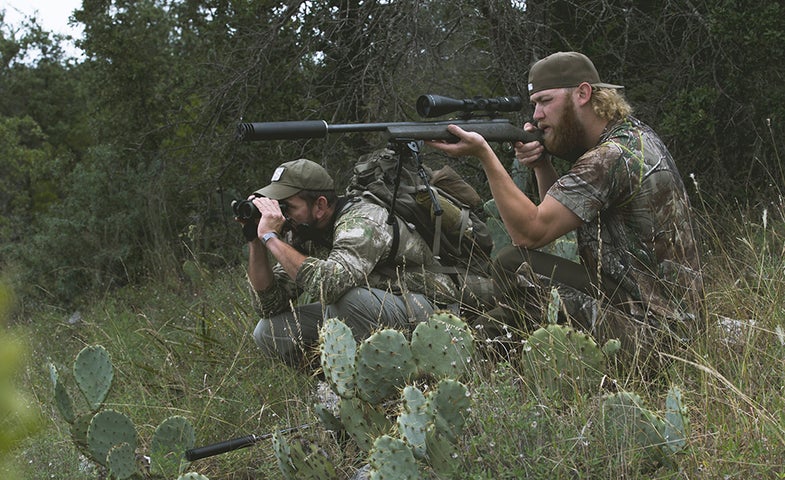 Suppressors: Time to Save Your Hearing and Quiet the Naysayers.
SHARE

If you invented a product that made jackhammers quieter, everyone would say, “Wonderful!” If you created a medical device that saved people’s ears from high-decibel hearing loss, you might win a Nobel. So why is it that the masses and most lawmakers look askance when such technology is applied to firearms?

It’s time for that to change.

Hiram Percy Maxim invented the firearm silencer in 1902 in lockstep with another of his inventions, the automobile muffler (the value of which nobody questions). His Maxim Silencer didn’t render a supersonic round totally silent, but it went a long way toward it and protected ears from muzzle blasts. In 1934, however, silencers became heavily regulated by the National Firearms Act. While a $3.25 silencer remained legal for qualified applicants, a required $200 transfer stamp ($3,500 in today’s dollars) put one out of reach for most Depression-era Americans. So silencers became objects of legend, portrayed as tools of Hollywood assassins who snuffed their marks and walked casually from crime scenes.

Most real villains, meanwhile, can’t be bothered with suppressors, according to FBI violent-crime data, which reveal their effect as statistically negligible. Here are a few more facts: Most modern silencers reduce a firearm’s report to under the 135-dB safe threshold established by the U.S. Occupational Safety and Health Administration. Silencers are now legal to own in 39 states and legal for hunting in 35. The federal stamp remains $200. Silencers reduce recoil by as much as half, and my own testing shows they often enhance accuracy.

What the wider world needs in order to embrace suppressors for hunting is to see lots of upstanding citizens, like us, using them responsibly. Buying one is still more of a hassle than it should be (see below), but it’s worth it. Here are five solid models most of you can own in a matter of months—every one of which is dirt cheap compared with the cost of hearing aids.

Although meant for any .30-caliber rifle, the Sandman-S can be used with smaller calibers, too, right down to your .223 varmint rig. It measures 6.8 inches long, weighs 17.3 ounces, and reduces muzzle blast by nearly 30 dB. I shot one recently on a Bergara .308 tactical rifle and turned in one of my best groups ever, at .240 inch—which reflects my typical experience of shooting better with a suppressor than without. $1,049; ­dead​air​silencers.com

The first commercially available suppressor for shotguns, the Salvo 12 features a guide-rod system that ushers the wad out of the barrel. The 34.5-ounce unit’s trapezoidal shape, combined with a bore in the top half, provides a clear line of sight, and its modular design lets the shooter tailor the amount of suppression and overall length, from just a few inches to 12. The Salvo comes with an adapter that screws into your shotgun’s choke-tube threads; you can then put a choke tube into the suppressor. I’ve shot it, and now I wish all my duck hunting buddies had one. $1,400; ­silencerco.com

If you’ve ever been on a rifle range where some magnum maniac is attempting to sight in his .338 Lapua—or if you are the magnum maniac—you’ll appreciate this hunk of metal. It weighs only 18.9 ounces thanks to its titanium construction, and yet it can handle the extreme pressures of ultra-mags like the Lapua—and is more than a match for your .300 WSM. An adapter screws onto a threaded rifle barrel and allows attachment or removal via a simple twist. $995; sigsauer​­silencers.com

SureFire—yes, the flashlight company—also makes top-end silencers. After all, both are machined aluminum or steel tubes, the latter containing baffles that allow gases from a rifle barrel to expand more gradually. The Ryder 22-A is a 3.1-ounce, 51⁄2-inch model that screws onto any .22 rimfire with a threaded barrel and makes it sound like an air gun. It’s perfect for plinking or pests. Anodized and modular in construction, it’s easy to take apart for cleaning. And it’s comparatively affordable. $429; surefire.com

I’ve used several of this company’s suppressors and been very impressed with their quality, accuracy, and sound reduction. New for 2015, the Sidewinder line for 9mm (10 ounces) and .40- or .45-caliber (10.75 ounces) pistols has a mono-core baffle system that can be removed for cleaning. Another very cool and unique feature lets you move the bullet’s point of impact via 12 index points. This silencer is also one of the best deals going. $699; yhm.net

Buy a Suppressor in Five Steps
1) Go to americansuppressorassociation.com to find out if silencers are legal in your state.

2) Identify the silencer you want to buy, either at your local dealer or on silencershop.com.

3) Register the prospective silencer by filling out form 4 and form 5330.20 in duplicate (available online or from your dealer). You can do this as an individual, as a corporation, or by forming a trust (which you can buy ready-made for $130 from silencerco.com). If registering as an individual, you must get fingerprinted by your local sheriff and include a photograph of yourself.

4) Have your dealer complete his portion of both forms and mail them, along with your check for $200, to the BATF. You may need to pay additional dealer fees, but these are usually small.

5) In three to nine months, after the BATF approves your registration and the fees are collected, you can purchase the silencer from your dealer.