Training and Diet: Strike the Perfect Balance for Your Dog

When it comes to hunting dogs, proper training and diet factor into how well they perform in the field. Without... 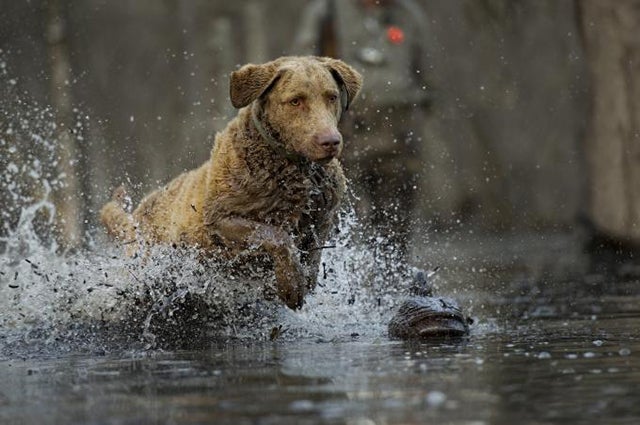 When it comes to hunting dogs, proper training and diet factor into how well they perform in the field. Without appropriate consideration of both, your dog’s performance will suffer—and there’s no one to blame but yourself.

Consistent repetition of desired actions, and the extinguishing of unwanted behaviors, addresses the nuts and bolts of how a dog reacts under certain circumstances. This is what you see from your dog when you’re afield: holding staunch on point, as opposed to bumping birds; running trash instead successfully treeing quarry; and hunting independently instead of taking a sit whistle and hand signals.

The results from a proper diet, however, aren’t as readily identifiable—but a properly fed dog is just as important as training if you expect him to perform his best on hunt.

High-protein diets—those containing at least 30 percent—give your dog the nutritional building blocks to develop the muscle fiber that allow him to carry out the rigorous demands of hunting. Higher-fat content—somewhere in the 16- to 20-percent range—provides the energy that makes those muscles go. The ability to build and then fuel both endurance and sprint muscle fibers are critical to performance.

The more pure the protein source, the easier it is for the dog to digest and the greater the absorption of nutrients—which directly translates to increased energy levels, stamina, and performance afield. Merrick’s Backcountry Raw-Infused recipes—an all-natural, grain-free ancestral canine diet—are a prime example. The “raw-infused” part of the recipe refers to the freeze-dried chunks of raw meat, poultry, and fish mixed in with the kibble inside every bag of food. The benefits of an ancestral diet like this are plentiful: The high protein and fat levels will support the growth and development in dogs that leads to increased energy levels—which leads to a better-fueled hunting dog in the field. The naturally occurring fats and amino acids in an ancestral diet also results in healthier skin and coat for your dog.

Conditioning of those muscles and the respiratory system through demanding exercise plays an important role, but without proper nutrition to support the physiological processes, your dog’s performance will suffer. When this happens, you’ll see the dog tire faster and succumb to heat easier. Those are easy to spot. Much harder to identify is the impact a sub-par diet has on the dog’s ability to find and track game. When a dog struggles to meet the physiological demands of his body, he will keep hunting but won’t perform his best. For the hunter, this means your dog could miss or lose scent trails. His body is struggling to keep pace with the demands of the hunt, diminishing its physical and psychological ability to find and focus on scent.

Feed your dog the proper fuel so that he can do his job to your expected level of performance. If your dog looks good on the outside—well-muscled, shiny coat, and healthy skin—that’s a good indication of his health on the inside.

Brian Lynn is the vice president of marketing and communications for the Sportsmen’s Alliance. He has hunted and trained dogs throughout the country with some of the best trainers and handlers. His work has appeared in numerous national magazines, including six years as the Gun Dogs editor for Outdoor Life.