Modern compound-bow shooters are forever talking about good form. But they didn’t start the conversation. Because shooting a stickbow is... 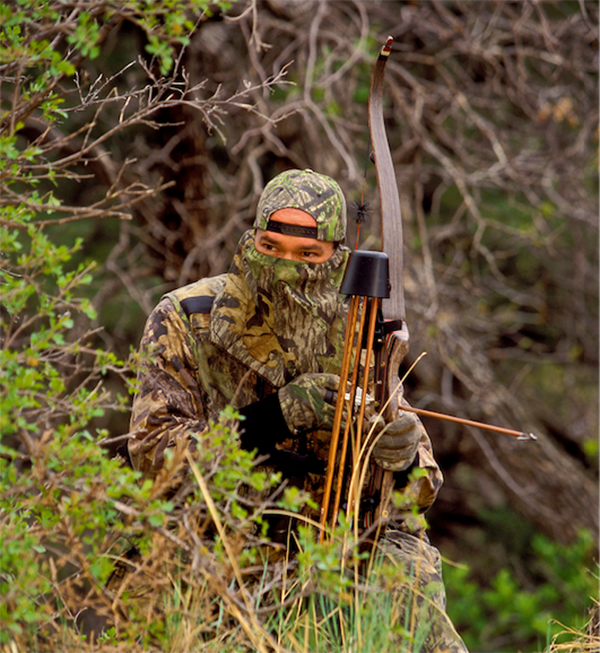 Modern compound-bow shooters are forever talking about good form. But they didn’t start the conversation. Because shooting a stickbow is exponentially more difficult than shooting a compound—precisely why more and more hunters are finding it so rewarding—proper form is even more important with a longbow or recurve. But the fine points are a little different. Here, Terry Van Arkel, a traditional bowhunter of nearly 50 years who makes and hunts with his own stickbows, breaks it down:

1) Stance
“Stand with your feet about shoulder-width apart and your shoulders angled only slightly away from the target so you don’t draw the string across your chest. Bend at the knees slightly in order to maintain your balance.”

2) Grip
“This one is the same as with a compound,” Van Arkel says. “You want the bow’s grip to rest against the bone in the web of your hand, and your fingers should be relaxed. If you have it in a death grip, you’ll torque the bow.”

3) String Hand
“There are two correct finger positions for drawing the bow. I shoot with one finger over and two under the arrow. Some people shoot with three fingers under the arrow, which puts the shaft closer to your eye. Both work, but if you shoot with three fingers under, be aware that unless you’re shooting a custom bow tillered for that style of shooting, you’re flexing the bottom limb more than the top, which can affect arrow flight.”

4) The Draw
“Pick a spot on the target and stare at it. Beginning with the bow at your knees, raise it up as you draw. By the time the arrow’s pointing at the target, you should have reached your anchor point [see below]. It’s one fluid motion, and you should never take your eyes off the target.”

5) Anchor Point
“Find a comfortable anchor point and stick with it. I settle my middle fingertip in the corner of my mouth. Some people put their nose on an arrow fletching to create a second anchor point. Keep in mind that your draw length with a traditional bow is usually much shorter than it is with a compound bow, so you probably won’t be able to use the same anchor point.”

6) Cant
“Canting the bow helps keep the arrow on the shelf, and it takes the riser out of your sight picture, allowing you to focus on the target and sight down the arrow shaft—some people aim this way. The angle of the cant is mostly a matter of comfort. Let it come naturally to you.”

7) Release
“When you are anchored and focused on the target, just let it go. If you think too much about a perfect release, you’ll break concentration from your target, and that’ll make you miss. Don’t think. Just shoot.”