An outfitter sees more deer behavior in a season than many hunters do in a decade. Here’s what they know about big bucks that the rest of us only guess about. 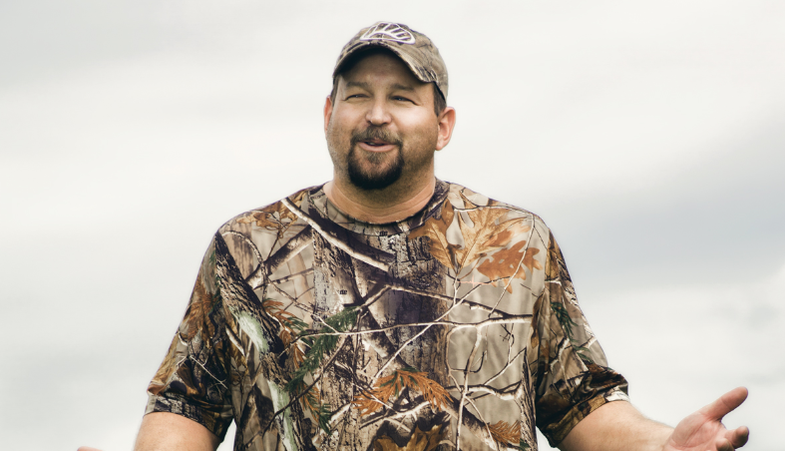 Featured Guide: Joe Gizdic, Tall Tines Outfitters owner and Whitetail Properties specialist (whitetailproperties.com)
Location: West-central Illinois
Biggest Buck: 173˝ gross typ.
Biggest Client Buck: 216˝ gross nontyp.
—
On Quality Deer Management: “QDM is one of the best things to happen to modern deer hunting—but not the big-rack thing. The real program, put forth by the QDMA, gets hunters out improving habitat, getting their hands dirty, loving the total experience.”
—
On Product Plugs: “Celebrity endorsements drive me nuts. The big-name men and women can sell a sack of crap because of who they are. The product is no better than any of its competition; the manufacturer just paid more to advertise.”
—
On Naming Deer: “I’ve named a few deer over the years, but for the most part I hate it. We’re out there to hunt these bucks, not walk them around on a leash. I have two names for most bucks: Dead and Alive.”
—
On Early Breeding: “I’ve seen many mature bucks tending and breeding does as early as Oct. 4. There’s always a pulse of mature does that come into heat a month before the rest. When you see a bunch of rubs and scrapes suddenly pop up in an area, set up.”
—
On Patterning Early Bucks: “People like to think of early-season bucks as if they run a train track, and that’s total b.s. I think they’re in a general area within their home range for three to five days at a time, sometimes using it in a predictable manner. The best you can do is take every piece of information you have about that buck, and about how other bucks typically use that area, and then wait for perfect conditions, hunt the spot, and hope like heck he’s there and moving.”
—
Favorite Early-Season Tactic: “I love a green food source like a clover plot or alfalfa field that’s tucked behind a big patch of standing corn. In my area, early-season bucks love to bed in the stalks. So I look for some type of structure—a fenceline, row of trees, or creekbottom—that separates the cornfield from the food. Bucks will come out of the corn and follow or cross that structure on their way to feed. So that’s where I set up, either in a treestand or in a ground blind.

“One of the biggest bucks I’ve killed was on a setup like this. I heard a deer in the corn and grabbed my rattling antlers to mimic a light sparring match. The buck came into the open immediately but stopped—and, like big bucks will, stood there frozen for 20 minutes, looking for the fight. Finally I got lucky; a small 6-point walked into the plot. Now the big guy had visual confirmation of what he’d heard. He moved in, all bristled up, and sparred with that little buck for 15 minutes before I finally got an arrow in him.”

1. What factor is most likely to spur an early-season buck to feed or move during daylight hours?

I have witnessed a full-out buck fight in September.

3. What’s the best way to relocate bucks after bachelor groups break up?

4. When you find the first small rubs and halfhearted scrapes of the year, you should:

I’m getting pictures of a monster buck, but only at night. I should:

Hunt him now; those pics aren’t the whole story: 58%

Wait for the rut; he’ll be moving in daylight: 42%

6. How much intrusion and residual scent can you get away with in the early season compared with later?

7. Reader Question: What is the biggest lesson you’ve learned about early-season bucks that you wish you’d known sooner?

“An approaching cold front, rainy weather, or a moon phase that peaks overhead or underfoot puts mature, early-season bucks on their feet. Save your best stands for these conditions.” —Keith Miller

“I’ve seen a lot of otherwise nocturnal bucks on their feet for a quick snack in the middle of a long, hot day. If you have the patience to hunt all day, do it, especially if the moon position is right.” —Tim Clark

“Once you know the primary food source, find the shady side of it, or water close by, and set up. That’s where bucks will go first off the bed.” —Jeremy Ward, Fat Racks Outfitters

“Bucks bed at the food source now—at least where we hunt. Don’t try to hunt a morning stand thinking you’re coming in the back door. You’ll bust them every time.” —Mark Clifford

“Bucks are undisturbed and killable now. I used to focus on the rut and overlooked the early season for years.” —Paul Korn, Tombstone Creek Outfitters

“This one hunter squeezed the trigger with the safety on and thought he’d shot and killed the deer.” —Jeff Smith

“I went to pick this one guy up, and found an empty casing at the base of the tree and three unfired rounds lying next to it. He said he shot five times.” —Ted Marum

“I’m sorry, but you were scheduled to be here last week!” —Dale Denney, Bearpaw Outfitters

“On one of our wounded-warrior hunts, a soldier asked a female guide of ours to help him pull off his boots. When she pulled, his artificial leg came off in her hands.” —Robin Gassett, Licking River Outfitters

“Thirteen straight bow misses by one of the industry ‘heroes.’”—Ted Marum

“Twenty missed rifle shots by one guy at one buck in 48 hours.” —Keaton Kelso