When it comes to deer hunting equipment, these guys have either used it or seen it used—and can tell you what works, how to use it, what to leave home, and what to never buy in the first place. 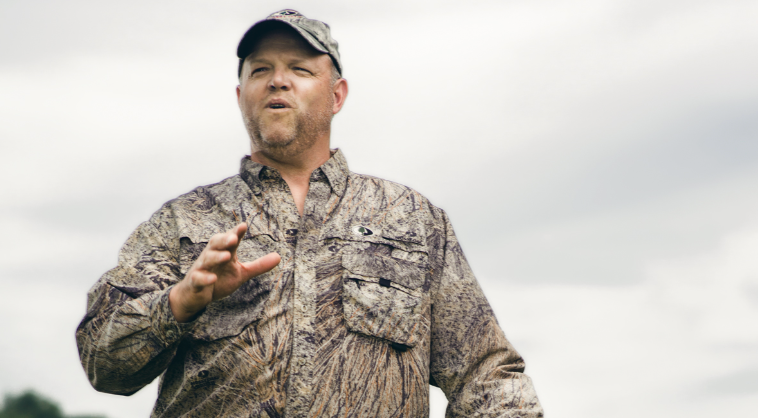 Featured Guide: Ted Marum, Tri-State Outfitting owner (tri-stateoutfitting.com)
Location: Iowa, Missouri, and Wisconsin
Biggest Buck: 167˝ gross typ.
Biggest Client Buck: 193˝ gross typ.
—
On Scent Control: “I think it’s mostly b.s. I believe you can reduce your scent a bit, but only if you do the entire program—every time. I don’t want to work that hard for what is really only a slight edge. I want hunting to be fun and simple. Go to the stand where the wind is right. You hung it there for a reason.”
—
On Trail Cams: “I run more than most, but if they were made illegal tomorrow it wouldn’t bother me a bit. I hate that they lead to antler envy. Someone gets a pic of a buck, and suddenly they own the animal. Then they’re jealous, or even furious, when a neighbor kills ‘their’ deer. Not long ago, you’d kill a 145-inch buck, and your neighbors would be happy for you. Now they’re pissed off because they know from their pics that he was only 31⁄2 years old, and ‘he needed another season or two to get really big.’ It’s ridiculous.”
—
On Educated Bucks: “Hunters give bucks way too much credit for intelligence. There are some really wary bucks, but most are very curious. You want the best trail-cam pics of the bucks in your area? Find a good trail, like a logging road, and drive a stick in the middle of it. Hawk up a big goober, and spit it on the tip of the stick. Every buck walking down that road is going to stop and smell that thing.”
—
On Youth Seasons: “I love nothing more than getting a kid into deer hunting. I have friends who complain that kids shouldn’t get an early start; they should have to learn deer hunting like we did, by freezing their butts off. Well, kids are different today. They have tons of things competing for their time and attention. We need to step up and rope them in any way we can.”
—
Favorite Early-Season Tactic: “You’ll often have an early-season buck that is entering a field or food plot where there are no stand trees or where the wind is tricky. That’s when I look for a good stand tree along the same edge, but where the prevailing wind will be perfect. Then I make a series of mock scrapes along that edge leading toward the stand—but stopping short of it. Finally, I cut a small cedar or red oak tree—because bucks love to rub and scrape under those species here—and I drive it into the field directly in front of the stand, within easy bow range.

“Now the buck will follow those mock scrapes to my stand, and instead of walking right under the set, he’ll veer out to check that tree, giving me a perfect shot angle. And even if the buck doesn’t enter on my side of the field, he’s going to come check out that tree eventually. If you really want to sweeten this setup, cut all potential licking branches except the ones on your side of the field. Bucks will not scrape without that licking branch, so if they want to do it—and trust me, they do—they have to come to you.”

1. What is the most reliably effective broadhead?

2. What type of broadhead leads to the most lost deer?

“I cringe a little when I see someone has a Rage.” —Michael Zmek, Blue Rock Outfitters

3. What do you think of crossbows?

I love them—they’re more effective than a compound in the hands of the average hunter: 25%

I hate them; people use them as an excuse to take shots out of range: 3.1%

“I don’t condemn crossbow use, but guys do tend to shoot them beyond the comfort zone.” —Keith Miller, Montana Whitetails

4. What company makes the best trail camera for the money?

5. If you had to plant only one food-plot seed, what would it be?

6. Reader Question: Since marketers are all trying to get our hard-earned dollars, what would you consider the biggest gimmick in terms of deer hunting gear?

“Powdered attractants are by far the worst thing going. They spook more deer than anything.” —George Cummins, Salt River Outfitters

“I’ve never had a hunter come into camp ever and say, ‘Man, this big old bugger was downwind of me at 20 yards and never smelled a thing! I’m so glad I washed with this soap and wore this scent-free suit!’” —Tim Clark, Red Dog Outfitters

7. Assuming you’ve got a good spot and a favorable wind, what is the most important element of setting up a stand or blind?

8. What is your favorite trail-cam setup for early bucks?

9. When should I use a decoy and/or rattling antlers on an early-season hunt?

“A decoy can definitely work in the early season. The problem is, it can spook as many deer as it attracts.” —Ken Willis, Buck Country Outfitters

On the other hand:

“When you have a dominant buck entering a field in a spot that’s tough to hunt, stake a subdominant buck decoy about 70 yards away to draw him down the edge to your setup.” —Ted Marum

“A doe decoy will calm a mature buck into entering a feeding area before last light.” —Mark Clifford, Premier Outfitters

“I guided a woman once who had never killed anything. She cried after shooting the buck, and it took a while for her to calm down. Later, ­after supper, she thanked me for the hunt and said, ‘Killing an animal is a lot like having a baby; it hurts at first but grows on you.’” —Michael Zmek

“I had a hunter who missed a 200-inch buck with his bow. He climbed down from his stand and puked.” —Pat Willis, Buck Country Outfitters