You don’t stay a deer guide for long without knowing how to get the drop on big deer, again and again. Here, our experts share their top tips and early-season strategies—and weigh in on what you’re doing wrong. 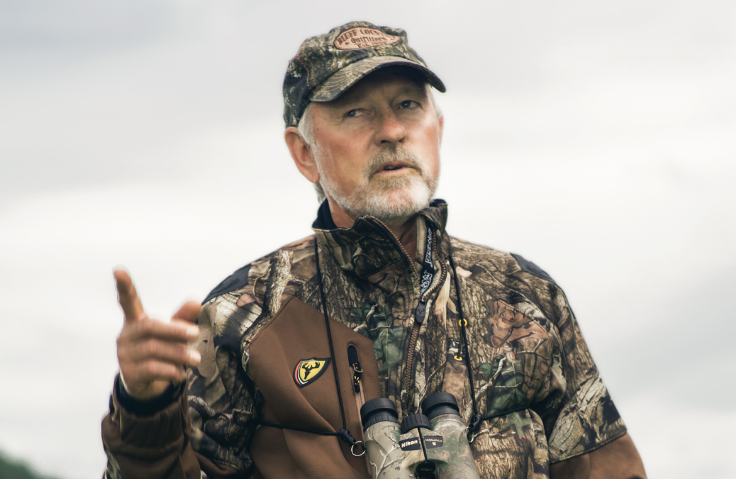 Featured Guide: Tom Indrebo, Bluff Country Outfitters owner ­(bluff​­country​­outfitters.com)
Location: Buffalo County, Wis.
Biggest Buck: 135-class typ.
Biggest Client Buck: 200˝ gross nontyp.
—
On the Big-Buck Craze: “I used to be all big-bucks-this and big-bucks-that, but it’s not as important to me now. Part of that comes from realizing that hunters don’t have as much control over things as we think. Bucks can get killed by a whole lot of things besides us. Plus, only a tiny handful of bucks grow up to be exceptional. So now, when someone kills a 2-year-old, I don’t get upset. How can I complain if the hunter is happy?
—
On “Nocturnal” Bucks: “When an early-season buck stops showing up at a food source, a lot of guys assume he’s gone nocturnal. Probably not. No matter how careful you are about bumping bucks off the feed—I pick up my hunters in a truck and drive right to the stand or blind—you’re making some disturbance, and some bucks will start hitting the field late. That’s when I make a midday scouting run and search for a perimeter trail, usually 20 or 30 yards into the timber and paralleling the field edge. These are the trails big bucks use to linger and watch the field to make sure it’s safe. Set a stand on that trail, and you’ve got a good shot at killing your ‘nocturnal’ buck.”
—
On Running Bucks Out: “I disagree with a lot of guys who think you can bump a buck out of his core area. He picked that area for a reason, and he’s not leaving because he ran into you one night in a tree­stand. He might move a little later or avoid certain areas, but he is still right there, living where he wants to live. Give him a rest and try again.”
—
On Crowding Bucks: “But that doesn’t mean it’s O.K. to crowd bucks. In fact, it’s the worst thing you can do now, when their core areas are very small and they bed very close to the feed. If you’re not 100 percent sure you can approach a stand without tipping him off, back away from that woodline and set up on another edge of the field—or right in the field.”
—
Favorite Early-Season Setup: “In the early season, even big bucks can be very predictable about what field they like to feed in, but they often enter it on different trails, depending on where they bed that day. I’ve learned to quit trying to guess which trail to set up on and just put a blind in the field itself.

“I used to try and tuck blinds against the woods and brush them in, but it took forever for the deer to get used to them. Hunting does taught me a different approach. When we had Earn-a-Buck, my hunters killed 121 does in one season, mostly from ground blinds. We learned to stick them right in the open field. That gives an approaching deer time to study the thing, see around it, and become convinced that it’s not a threat. Then they actually approach the blind, and killing them is pretty easy. It works just as well on big bucks. Use trail cams and glass to find out where bucks like to feed in a given field, then stake the blind right there and simply wait for your shot.”

1. What’s the best place to kill an early-season buck?

2. Should hunters skip the morning hunt in the early season?

“Here in the West, we kill most of our better bucks in the mornings by hunting 1⁄2 mile to a mile from major food sources.” —Jeff Smith

“We hunt small, secluded pastures, fields, and CRP off main food sources in the morning. Some bucks use these as staging areas before heading to bed.” —Keaton Kelso

“Focus on areas that get the least hunting pressure. Bucks tend to head back to bed a little later there.” —Paul Korn

“The evening hunt is more productive in September, but you can catch a buck traveling late to bed. The key is to set up downwind of all the sign and trails, so you can enter and exit without contaminating anything for your afternoon hunts.” —Keith Miller

3. What is the biggest mistake early-season hunters make?

• Scouting and hunting too intrusively

• Waiting for the rut instead of hunting now

• Not having an exit strategy for evening field hunts

• Hunting spots when the wind is wrong

“Guys get excited because the season is finally here, and they scout too hard on foot. Glass and let your cameras do the work. It doesn’t take much for a big buck to recognize a sudden influx in human activity.” —Jeremy Ward

4. When setting up a stand you plan to hunt within days, which is the best lane-trimming policy?

Don’t trim at all—big bucks catch on to that immediately: 7.5%

Bring the chainsaw—bucks aren’t as sensitive to this as you think: 6%

5. What’s the most common shot placement on wounded and lost deer (with a bow) in your camp?

7. A client misses a mature buck with an arrow during the early season. How long before you hunt that buck again?

Give him a couple of days; misses don’t scare them as badly as people think: 50.7%

Find another buck; he’s done for the year: 3%

8. Is it O.K. to shoot does during the early season?

9. Reader Question: Describe your best early-season tactic that most hunters would never think of trying:

“Makeshift ground blinds are great now, when there’s plenty of cover, especially if you’ve spotted a good buck along a field edge but don’t have a stand in place.” —Keaton Kelso

Get Your Buck in a Row

“Set high observation stands to watch bucks bed in the stalks. When they are good and sleepy, get the wind and move in.” —Matt Yancey

“Bush-hog lanes from bedding to a water source, and deer will wear them out now.” —George Cummins

“Sit overlooking a secluded waterhole in the middle of the day.” —Jeff Smith

“Set up on a pond in or near a standing cornfield.” —Tyler Johnson, Quaker Neck Gun Club

“Try a ground blind in the middle of an open feed field.” —Tom Indrebo

10. Reader Question: What should be the average bowhunter’s maximum range (in yards)?

“Every bowhunter is different, but at the end of the day, no one should take a shot they are not 100 percent confident in.” —Tevis McCauley

State with the best hunters

State with the worst hunters

“I was watching YouTube on my iPhone.” —Jeff Youngberg, Snake Creek Outfitters

“It was a left-handed stand and I’m right-handed.” —Ted Marum

“I missed because he wasn’t the one I wanted.” —Chris Colfack, Gobble ’n Grunt Outfitters

“My wife was sexting me.” —Mark Clifford