Photograph by Levi Brown. They’re in shirtsleeves now, the trees nearby hung with camo packs and blaze orange hoodies. It’s... 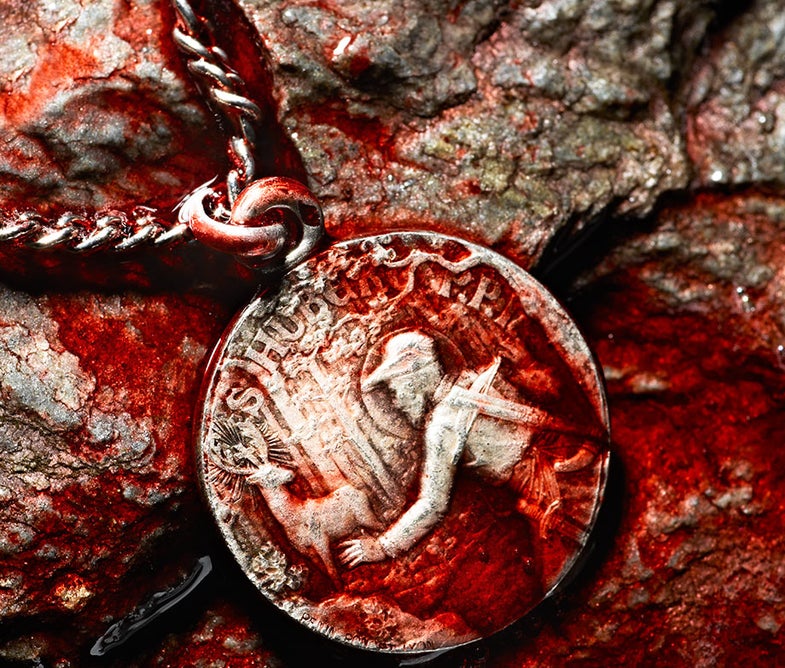 They’re in shirtsleeves now, the trees nearby hung with camo packs and blaze orange hoodies. It’s hot work, dragging a deer, no matter the weather. Bill Stoner holds the buck’s hind leg, while his brother, Doug, unzips the belly.

The instant I stepped out of the cedar swamp, I could tell this was a moment for the ages. The 5-pointer is Doug’s first buck. His first deer. After eight years of trekking to his family camp on Drummond Island, off the northern Michigan shoreline, 8 dirt miles from the nearest hardtop road, Stoner has connected with a beauty. His brother’s presence is just icing on the cake: It’s the first time they’ve ever deer hunted together.

Working as a team, they roll out the entrails, cut the windpipe, and prop the chest open with a stick. As steam rises from the open maw of the cavity, Bill drags a thumb through the deer’s chest, painting his finger with the blood pooled between the ribs. Doug sits quietly. He knows what is to come.

This tradition—marking a hunter’s face with the blood of a freshly killed animal—is rooted in the story of St. Hubert, a seventh-century A.D. Frenchman who, before his religious conversion, chased deer pretty much 24/7. On one Good Friday, while the rest of his village was at church, Hubert was afield when the stag his hounds had cornered turned to face him, a crucifix illuminated between the antlers. The buck spoke with the voice of Christ, and Hubert’s life changed forever. He entered the priesthood, died in 727, and is the patron saint of hunters. For many years, a kill was marked with three crosses of blood on the forehead and cheeks of the hunter: one for the crucifix between the Christ-Buck’s rack, one for each of the antlers.

These particulars might be lost on the Stoner boys, but they know of this ancient rite, and if ever there was a time and place for it, this is it. Frank steps over the deer’s body and paints a single stripe of blood on his brother’s forehead. No video cameras. No empty platitudes. No fist pumps or Facebook postings. Doug nods slightly, looks down at the deer, and pats a shoulder—once, twice, thrice. A coincidence, perhaps.

Doug will return to camp with pockets bulging with the deer’s heart and liver, his forehead smeared with blood, the swipe marked with his brother’s own thumbprint. It will wash off, or wear off, in the days to come. At least, on the outside.

An earlier version of this piece incorrectly stated that St. Hubert lived in the first century. He did not. We regret the error.