How to Take a Buck During the Secondary Rut

Regional Secondary Rut Dates Our Rut Reporters researched fetal-­aging, fawn-drop, and other data to determine an approximate range of dates... 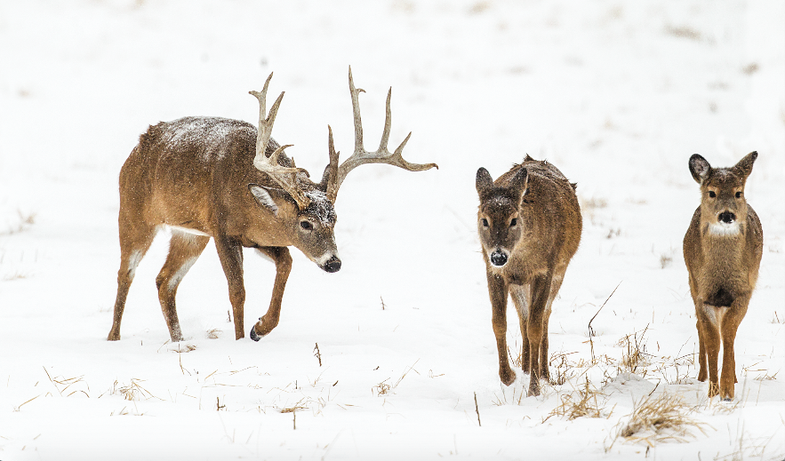 How to Take a Buck During the Secondary Rut. F&S
SHARE

Regional Secondary Rut Dates
Our Rut Reporters researched fetal-­aging, fawn-drop, and other data to determine an approximate range of dates when each rut phase is most apt to be active in seven regions.

Trophy Tactic: Hunt the Late Scrape
The Action: O.K., let’s get this out there: When we talk about the secondary rut, many hunters imagine a rewind of November. Not gonna happen. This time around, only about 10 percent of the herd’s does (mostly fawns and yearlings) will come into estrus. But suppose you knew just where you could find one of those females. You’d have an opportunity to see her suitors, right? And at least one would likely be a bruiser, right? Well, a great thing about the secondary rut is that finding that single hot doe is actually not that difficult.

The Hot Zone: I’ve kept track of this over the years, and I’ve seen slightly more mature bucks during the secondary rut than I have during the main event. The reason is simple: colder temperatures. A drop in the mercury forces deer to eat more. That, plus exhaustion from the rut, makes winter deer get very serious about food. Still, wary, mature bucks will often hang up just off a field or food plot until dark. So, just as during the seeking phase, identifying their favorite late-season staging area becomes critical.

The Hunt Plan: Most hunters pussyfoot around late-season food sources, afraid that they’ll bump deer if they move into the woods. And while it is smart to be careful, remember that you usually don’t have to penetrate the timber very far at all—usually 30 to 50 yards—to find a late-season staging area. Again, what you want to see are fresh scrapes. Heavy trails may be pounded through the snow nearby, but ignore them and set up right on the buck sign. This setup is especially deadly right after a fresh snowfall, when bucks are eager to reopen scrapes.

Tip: A cold snap now will get a buck on his feet, often before sunset. If you want that wall-hanger, you need to bundle up, grit your teeth, and get out there.

Any-Buck Tactic: Plan a Hunger Strike
All deer are ravenous now. The younger the buck, the less likely he is to be distracted from his hunger by hunting pressure or late-cycling does. If you just want a decent buck (with a chance at a stud), set up right on the best food. Rather than committing to a single entry trail farther off the feed, creep to the edge or set up right in the groceries with a ground blind. Bale blinds like those made by Redneck (redneck​blinds.com) can be placed in the middle of a picked cornfield and hunted immediately. A snow-camo blind like the ­Super-​Star 2 (luckys​­hunting​blinds.com) can be set up in scant cover at a field’s edge. This improves your odds of getting a shot and keeps you warmer.

Tip: If ice-glazed snow makes it impossible to sneak quietly into a stand or blind, use snowshoes to tromp a path at midday. You may spook a deer or two. But give them a day to settle, and they’ll be back.