Why You Should Hunt the Cheaper Sheep

★ The Texas sun was still only a promise of warmth as it crept over the Davis Mountains. I was... 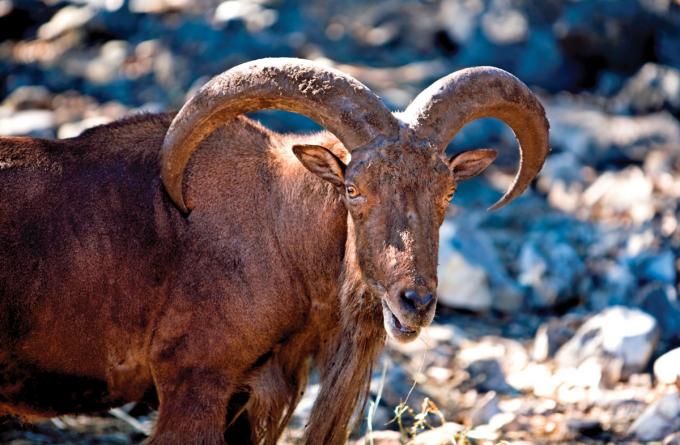 ★ The Texas sun was still only a promise of warmth as it crept over the Davis Mountains. I was sitting on the valley floor, nestled as comfortably as I could be into the scrub brush and cholla cactus, my binoculars glued to my eye sockets. High above, perched on the basalt columns, were several Barbary sheep, their shaggy manes blowing in the morning breeze.

Better known as aoudad, these North African transplants have taken up a comfortable residence in the arid Chihuahuan Desert. The difficulty in stalking aoudad in such rugged country, along with their heavy, sweeping horns, makes hunting them an affordable alternative to expensive trips for spiral-horned sheep. A D.I.Y. aoudad hunt will set you back about $2,000, and a guided hunt costs around $5,000—both a fraction of the price of a mountain sheep hunt, yet still wildly adventurous.

I spent the rest of that first day—and several that followed—picking my way up and down those stark, ragged remnants of ancient volcanoes, trying to crawl my way within range of a ram. By the end of the week, my muscles ached and my elbows and knees were prickled with cactus needles. I never did pull the trigger, but I promised to return, something made possible thanks to the money I’d saved.